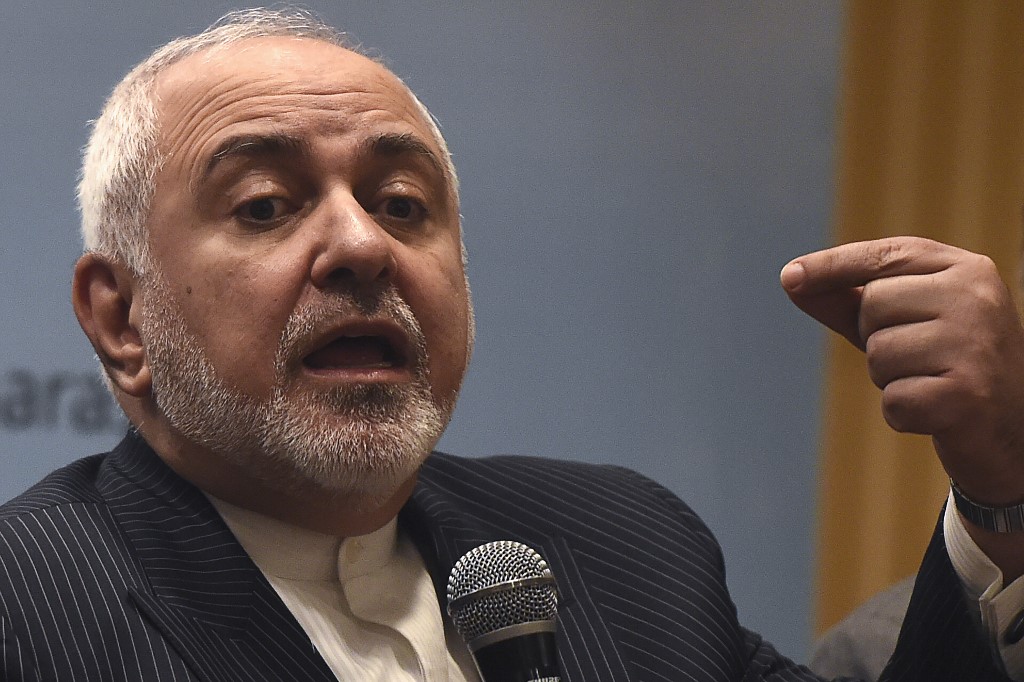 
Iran’s foreign minister has compared the frequent levying of international sanctions by the administration of US President Donald Trump to an “addiction”, and urged the White House to “kick the habit”.

Foreign Minister Mohammad Javad Zarif posted a tweet on Tuesday specifically citing Robert O’Brien, Trump’s national security adviser, who recently said the US had imposed so many sanctions on Iran “that there’s very little left for us to do”.

“NSA @robertcobrien just admitted that U.S. has out-sanctioned its ability to inflict more pain on Iranian people,” Zarif tweeted. “Time for the US to finally admit it is a #SanctionAddict.”

“More economic warfare against Iran will bring the U.S. less – and not more – influence,” the foreign minister continued.

The US Treasury Department imposed new sanctions on Monday, targeting the Iranian Ministry of Petroleum, the National Iranian Oil Company and the National Iranian Tanker Company “for their financial support” of the Quds Force, an elite unit of Iran’s Islamic Revolutionary Guard Corps (IRGC) tasked with foreign operations.

The US assassinated Quds Force commander-in-chief Major-General Qassem Soleimani in January, bringing the two countries to the brink of war.

Following Monday’s announcement, Alireza Miryousefi, head of the media office at the Iranian Mission to the United Nations, said the US had “out-sanctioned” itself.

Miryousefi tweeted on Tuesday that “US hostility toward Iranian people has no limit”.

US imposes sanctions on Iran in defiance of European humanitarian concerns

Washington has been ramping up pressure on Tehran in the weeks leading up to the US election; earlier this month slapping fresh sanctions on Iran’s financial sector, targeting 18 banks to further choke off Iranian revenues.

European nations have opposed a blanket sanctioning of Iran’s financial sector because of the risk of exposing European financial institutions that do business with the blacklisted banks to punitive measures by Washington.

After the bank sanctions were announced, Zarif accused the US of wanting to “blow up our remaining channels to pay for food and medicine”.

While Washington’s sanctions are supposed to exclude humanitarian work, critics have long said they have obstructed the flow of vital food, medicines and other humanitarian aid to the country.

Sanctions, as well as the pressure put on the economy due to the coronavirus pandemic, have hit Iran hard this year, with its currency hitting a new low against the US dollar this month.

The currency has lost at least 56 percent of its value in 2020 alone, but the US “maximum pressure” campaign against Iran has been ongoing since 2018, when US President Donald Trump pulled out of the Obama-era multilateral nuclear deal with Iran that had seen American sanctions lifted.

Democratic presidential nominee Joe Biden has promised that, if elected, he would return to the landmark accord in an effort to get Iran back to the negotiation table.