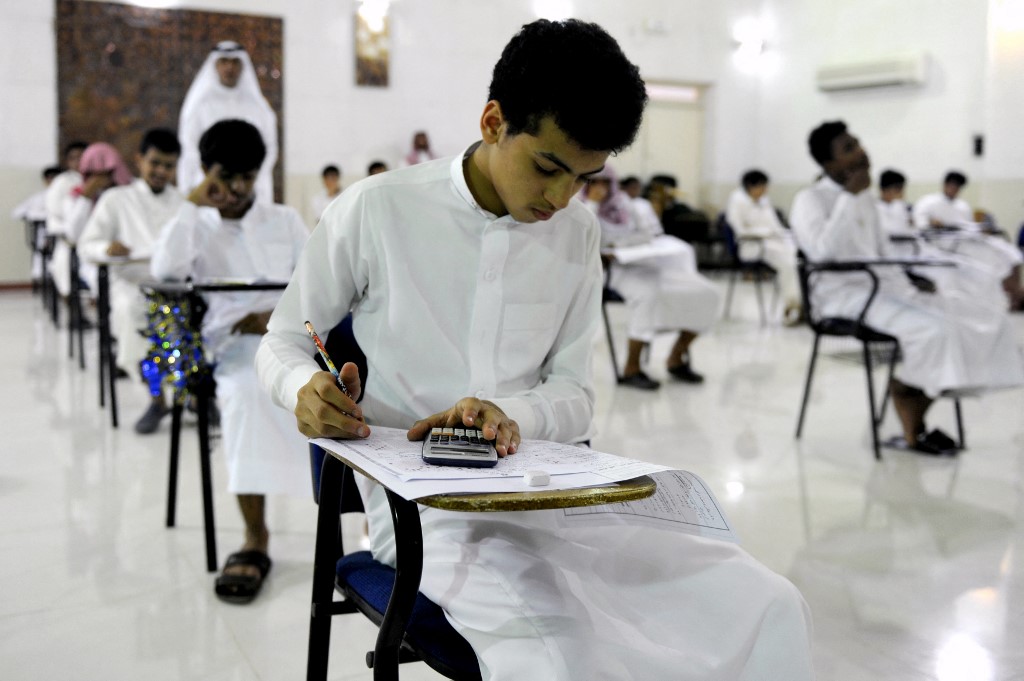 
Shia and Sufi Islamic traditions and practices continue to be portrayed negatively in Saudi school religion textbooks despite steps taken to purge them from hateful and intolerant language, Human Rights Watch (HRW) said in a new report.

Current textbooks used in schools maintain language that disparages practices associated with Shia Muslims, a minority in the country, and currents of Sufism, the New York-based rights group said on Monday, even though it “does not make direct reference to Shia Islam or use derogatory terms”.

“But as long as the texts continue to disparage religious beliefs and practices of minority groups, including those of fellow Saudi citizens, it will contribute to the culture of discrimination that these groups face.”

HRW reviewed textbooks produced by the Saudi education ministry for the 2019-2020 and 2020-2021 academic years and found that some practices associated with the Shia and Sufi Islamic traditions were harshly critiqued and remain stigmatised as “un-Islamic” and prohibited.

“The texts harshly criticize practices and traditions closely associated with Shia Islam in broad terms, in many cases labelling them evidence of polytheism that will result in removal from Islam and eternal damnation for those who practice them”.

The textbooks examined by the rights groups are used in primary, middle and secondary education during a mandatory taught subject entitled monotheism [tawhid], which focuses on teaching students about different religions and beliefs.

HRW did not review additional educational texts dealing with the Islamic faith such as law, culture, commentary or the recitation of the Quran.

The report added that there was also “intolerant and degrading language about Christianity and Judaism”.

The rights group previously studied the same textbooks in 2017 and found that Riyadh’s “curriculum contains hateful and incendiary language toward religions and Islamic traditions that do not adhere to its interpretation of Sunni Islam”.

Reforms in response to US criticism

In recent years, the US has called on Saudi Arabia to reform its educational curriculum by reviewing and revising educational materials and eliminating any that spread “intolerance and hatred” towards religious minorities.

Between 2017 and 2020, the Saudi education ministry made numerous changes to the texts in response to US criticism. In 2019, the US State Department labelled Riyadh as one of the world’s “worst violators” of religious freedoms.

“These changes, however, have been mostly limited to how other religions or groups are presented in the textbooks, including eliminating hateful reference to Christians, Jews, and LGBT people, as well as removing violent and anti-Semitic language,” HRW said.

For Shia and Sufi Islam references, the most explicit ones have been minimised but the textbooks continue to label some of their practices as evidence of polytheism, such as the practice of “wailing” over the dead, visiting graves of prominent religious figures, and building mosques and shrines on top of graves, the report said.

“Saudi Arabia has made progress but it is not time to declare victory on textbook reform,” Page said.

“As long as disparaging references to religious minorities remain in the text it will continue to stoke controversy and condemnation.”

A Saudi lawyer from the Shia-majority Eastern province told HRW that all Muslims in Saudi Arabia are required to use the curriculum, even if they find it personally offensive.

With few exceptions, the kingdom does not tolerate public worship by adherents of religions other than Islam and systematically discriminates against Muslim religious minorities, notably Twelver Shia and Ismailis, including in public education, the justice system, religious freedom, and employment.