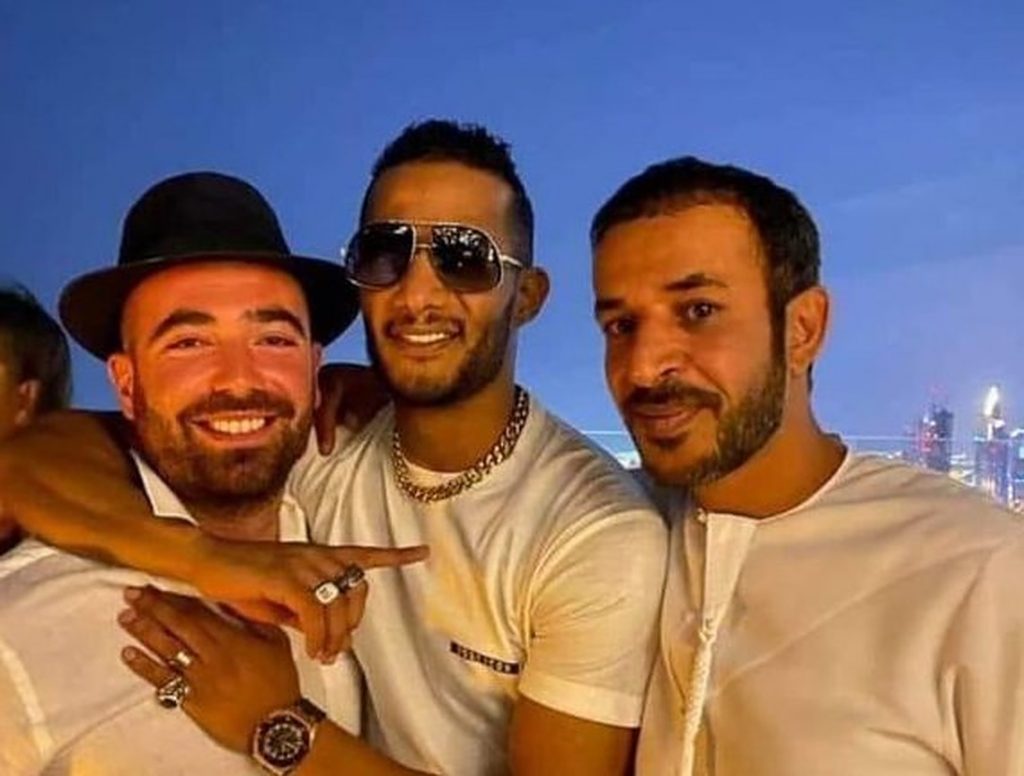 The picture caption wrote, “art always brings us together”.

The post sparked anger on social media, leading to some calling for a boycott of Ramadan and the spread of the hashtag “Mohamed Ramadan is a Zionist” on Twitter, Associated Press reports.

In response to the backlash, Ramadan came to social media to shut down the criticism, stating that he didn’t know the nationality of the singer and that he doesn’t “ask which country the person who wants to take a photo with me comes from unless they say themselves.”

He continued on by saying that, “Palestine is number one. I salute the brotherly Palestinian people.”

This comes after recent peace deals between Israel and several other countries in the Middle East, including the United Arab Emirates, Bahrain and Sudan.

Art-washing, according to the Boycott, Divestment, Sanctions (BDS) movement, is the “use of culture to whitewash the occupation.” In other words, artists can be used to hide the crimes of the oppressor and justify the ongoing dispossession of Palestinians.

The legacy of cultural boycott dates back to 1984 with South Africa, where Enuga S Reddy, director of the UN Centre Against Apartheid, said, “We have a list of people who have performed in South Africa because of ignorance of the situation or the lure of money or unconcern over racism. They need to be persuaded to stop entertaining apartheid, to stop profiting from apartheid money and to stop serving the propaganda purposes of the apartheid regime.”

Inspired by the South African anti-apartheid movement, the BDS movement has been pushing artists worldwide to recognize the dangers of art-washing, such as Lorde, Shakira, Pink Floyd and British celebrities such as fashion designer Vivienne Westwood,  and singer Peter Gabriel.

Last year, 50 British cultural figures signed a letter calling on the BBC to “press for Eurovision to be relocated to a country where crimes against that freedom are not being committed.”

A form of propaganda – Why is it important?

To put it simply, BDS argues that Israel can use culture as a form of ‘propaganda’ to ‘art-wash’ the crimes and oppression of the state.

“The cultural boycott of Israel is inspired by the South African anti-apartheid struggle,” says PACBI’s (the Palestinian Campaign for the Academic and Cultural Boycott of Israel) Stephanie Adam.

“During the 1980s) international artists refused to play Sun City in response to the calls of Black South Africans not to do ‘business as usual’ with apartheid,” she added.

Art-washing essentially gives a false image of ‘normalcy’ against grave and heinous acts of repression.

In fact, a spokesperson from the Israeli Ministry of Foreign Affairs once stated that culture is often used to “show Israel’s prettier face, so we are not thought of purely in the context of war.”

How can we continue supporting the Palestinian cause?

First, we need to distinguish between social and cultural normalization as opposed to economic or political normalization. Political peace deals should not necessarily influence social and cultural issues, as this would undermine the conditions that the peace agreements rest upon – which is to end the occupation of Palestinian territories and violation of Palestinian’s rights.

Focus on amplifying the voices of Palestinians and sharing the campaigns or movements that are near you, by following this link.

You can also join a BDS campaign depending on whichever country you live in, which can help you connect with organisations that are main partners of the Palestinian BDS National Committee (BNC).

*The opinions and ideas expressed in this article do not necessarily reflect the views of Egyptian Streets’ editorial team or any other institution with which they are affiliated. To submit an opinion article, please check out our submission guidelines here.

Fluffy Bundles of Joy: Photos and Stories of Adopted Baladi Cats and Dogs

An Educator and Translator Confronts a Decline in Teaching Arabic