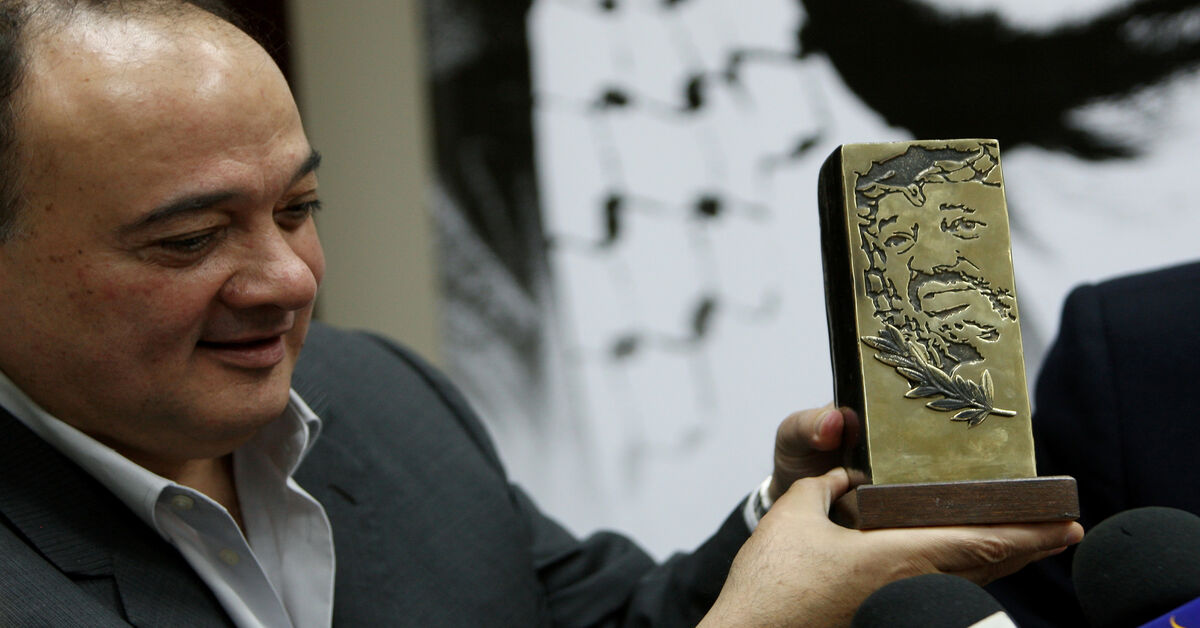 
GAZA CITY, Gaza Strip — Nasser al-Qudwa, dismissed member of Fatah’s Central Committee and former minister of foreign affairs, arrived in the Gaza Strip April 14, on his first visit to the enclave in years, as part of efforts to mobilize Gazan votes for the legislative elections slated for May.

On March 11, Qudwa was dismissed from the Fatah movement after establishing a separate current dubbed the Palestinian Democratic Assembly (PDA) on March 2. He also formed an electoral list, named the Freedom List, with imprisoned Fatah leader Marwan al-Barghouti.

Qudwa arrived in Gaza through the Rafah border crossing in the south, after obtaining approval from Hamas, which controls the Gaza Strip, even though Qudwa fiercely attacked the movement and other Islamist Palestinian factions in a televised interview with France 24 on April 1.

In the interview, Qudwa said, “All existent Fatah parties take issue with political Islam, in general, or political Islamism.” He noted that the Fatah parties’ goal is to reclaim Gaza politically and geographically. His statements unleashed a wide wave of public criticism, especially from Hamas.

In a statement released April 2, Hamas said, “Qudwa’s statements are a national political sin, and they are totally aligned with Zionist and American decisions and stances that aim at tearing our people apart and prolonging the division.”

Sources in the PDA told Al-Monitor on condition of anonymity that individuals close to Qudwa made calls with the Hamas leadership in the Gaza Strip in the past few days to obtain approval for his visit to Gaza, and Hamas welcomed this.

The sources said that there are arrangements to hold a meeting between Qudwa and Hamas leaders in the next few days to discuss the upcoming legislative elections. They noted that Qudwa’s statements about political Islam were misunderstood and exaggerated.

They stressed that the PDA considers Hamas and all factions as resistance movements that must have a participatory role in political issues, govern the state insitutions and work under the wing of the Palestinian parliament.

In the framework of its political attempts to weaken Fatah, Hamas worked in the past few days on allowing the return of many Fatah leaders who oppose President Mahmoud Abbas to the Gaza Strip, notably those affiliated with dismissed Fatah leader Mohammed Dahlan. Through these moves, Hamas seeks to rearrange its ranks to participate in the legislative elections and take votes away from Fatah’s official list.

In a press conference held as soon as he arrived in Gaza, Qudwa complained about the smear campaign and threats he faced personally, along with other figures on his electoral list in the West Bank. He also condemned banks that have put restrictions on opening an account in the name of the PDA.

Qudwa confirmed that his list would support Barghouti if he runs for the presidency in the presidential elections scheduled for July 31.

A Hamas official told Al-Monitor on condition of anonymity that Qudwa asked figures close to Hamas to hold a meeting with the movement’s leadership in Gaza, pointing out that Hamas is open to all Palestinian factions and has no problem with meeting Qudwa or other figures.

The official explained that the current stage that the Palestinian people are experiencing ahead of the elections necessitates they overcome all disagreements and agree with the electoral lists on common grounds to end the division and create a new elected Palestinian leadership.

The London-based Al-Quds Al-Araby newspaper reported April 15 that Qudwa is looking for a foothold in Gaza, in light of the restrictions he is facing in the West Bank. The newspaper wrote that he will stay for a good amount of time in Gaza.

Talal Okal, a political analyst and writer for the Palestinian Al-Ayyam newspaper, told Al-Monitor that the Gaza Strip is a good and comfortable place to work for Qudwa’s current, given the pressure he has faced recently from the Fatah leadership in the West Bank.

Okal explained that the relationship between Qudwa and the Fatah leadership, represented by Abbas and Fatah’s Central Committee, has reached the point of no return. He said that Qudwa is challenging Abbas politically in some way by meeting with the Palestinian factions in Gaza.

Iyad al-Qara, political analyst and writer for the daily newspaper Felesteen in Gaza, told Al-Monitor that Hamas aims — through its steps to allow Qudwa and officials in Dahlan’s current to return to the Gaza Strip — to show that the freedoms’ situation in the Gaza Strip is better than that in the West Bank.

He explained that Hamas encourages the creation of a strong Fatah current composed of figures who are expelled from Fatah, in an attempt to weaken Abbas and find an alternative leadership through the elections. For that reason, Hamas opened the doors of Gaza to the return of all Fatah leaders who are at odds with Abbas.

Qudwa’s main challenge in obtaining the votes of the Gazans remains that the majority of those on his electoral list are from the West Bank. Gaza has only limited representation in that list, which is what Qudwa acknowledged. He justified that by saying they had to hasten the formation of the list, and they made that mistake. In fact, he formed his list with Barghouti within only three hours before the deadline to submit electoral lists.

Putting up a fight: Tunisia’s counterterrorism successes and failures