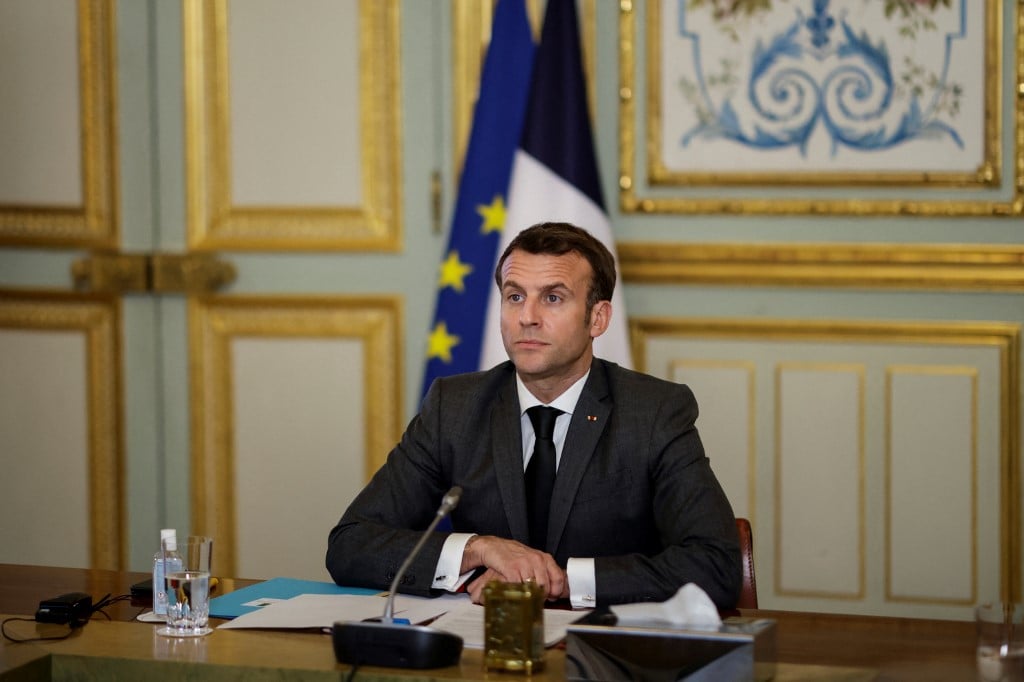 
The Financial Times was right to publish a letter from Emmanuel Macron despite concerns about the French president’s claims about Muslims because the public has a right to know about “falsehoods spouted by global figures”, the British newspaper’s complaints commissioner has said.

Greg Callus, the FT’s editorial complaints commissioner, launched an investigation into the letter following a complaint that the newspaper had allowed Macron to spread “fake news” and foster “a climate of fear and suspicion” about French Muslims.

In a 35-page adjudication published on the newspaper’s website on Thursday, Callus said there was legitimate doubt about Macron’s claim that some Muslim girls as young as three were being forced to wear the full veil.

But he dismissed the complaint on the grounds that he had “no jurisdiction over readers of the FT” or the contents of the newspaper’s letters page.

“I might have come to a very different conclusion in respect of the same facts if included in an FT editorial or news story by an FT employee or a contributor,” he added.

Callus’s three-month investigation followed a complaint lodged by Aisha Issa, an FT reader from the Paris suburb of Bobigny, which accused Macron of using fabrications in the November letter to spread hate against Muslims.

Specifically, the president wrote of “districts where small girls aged three or four are wearing a full veil, separated from boys, and, from a very young age, separated from the rest of society, raised in hatred of France’s values.”

Addressing that claim, Callus writes: “I must admit that I myself was highly sceptical of one aspect of this claim, namely the use of the term ‘full veil’ being used in respect of the head-coverings worn by girls of this age.”

He added that these claims “trouble me” and that “I might still not be content to positively assert that these facts are true or have been established definitively”.

In fact, there appears to be no evidence of schoolgirls of any age wearing a niqab or burqa in France.

Wearing the full veil is prohibited in France by the so-called “burqa ban”, and anyone found to have forced a child to wear one would face a possible prison sentence.

France: What is the ‘Islamo-leftism’ debate really about?

Enquiries by Middle East Eye suggest that the French authorities have not recorded a single incident of a child in a full veil, let alone any prosecutions or convictions.

Yet Callus’s report concludes that he does not have the power to correct or sanction those responsible for the publication of Macron’s letter in any way.

He writes: “Just as I have no jurisdiction over readers of the FT (even readers who write to the Letters Page) who are not commissioned ‘contributors’, I have no general jurisdiction to fact-check or adjudicate statements by world leaders or others who appear in the news.

“A person who did have that role might have had a very busy time in recent years, with several leading figures in the worlds of politics and business embracing novel and deconstructionist approaches to truthfulness, with others dissembling and lying in rather more traditional ways.”

The complaint about Macron was made following a letter from the president to the FT in response to a column by the newspaper’s Brussels correspondent, Mehreen Khan, which criticised his rhetoric towards Muslims.

Macron said he had been “misquoted” in the piece, adding that the article “accused me of stigmatising French Muslims for electoral purposes and of fostering a climate of fear and suspicion towards them”.

Macron added: “Let us not nurture ignorance, by distorting the words of a head of state.”

Khan’s article was removed permanently within hours of being published because “it emerged that it contained factual errors”, according to the FT.

The focus of Callus’s investigation was whether Macron’s letter contained its own inaccuracies, which the complainant described as “fake news”.

Callus conceded that there were concerns about the factual accuracy of Macron’s remarks, and said FT staff had made efforts to fact check his claim about young children wearing the full veil.

But “a ‘right of reply’ letter published only on the Letters Page (and so identifiably a ‘reader response’) connotes a different standard,” he said.

“The ‘meaning’ of such a letter is not that the FT says it has definitively confirmed it as true, only that the FT has given a reader (here, the president of France) the opportunity to say that it is true.”

Recent world leaders who have been caught out spreading fake news about ethnic and religious minority groups include Donald Trump, the former US president.

Callus suggests that reports of politicians disassembling reality should not prevent their claims from being published.

“Many of the falsehoods spouted by global figures will have been reported by newspapers, not so as to endorse the untruth spoken, but to report on the fact of the untruth being spoken by the world leader,” Callus writes.

The FT is not a member of IPSO, but its own editorial standards code is aligned with it.

Callus writes: “In other words, I wish to make clear that it is not intrinsically a breach of the IPSO Code to report untruths falling from the mouths of world leaders, or others, as long as the attribution of the untruth is clear and the FT does not adopt or endorse the untruth in its reporting.

“The public interest is often served by the FT communicating to its readership and the global public the views and words of world leaders, even where for an FT editorial to adopt the same position would put it in danger of an adverse adjudication under the FT Code.

“If the vindication that a ‘right of reply’ offer is not to be fundamentally undermined, it would be inappropriate for a newspaper to interfere in it more than is absolutely necessary…”

Callus further stated that the complainant had been given the chance to respond to Macron’s claims in a letter of her own.

While concluding that “I retain a healthy scepticism” towards Macron’s inflammatory allegations, Callus said the FT had no intention of removing or correcting them.

In his adjudication, Callus acknowledges weaknesses in the FT’s editorial code in relation to covering ethnic and religious minorities, and he suggests reform.

He specifically writes that FT management “have indicated to me that they will be considering whether to introduce a new express clause of the FT code to give protection to minority groups who share a protected characteristic, just as Clause 12 [which is concerned with Discrimination] of the IPSO Code protects individuals from pejorative reference to protected characteristics.”

Issa, the complainant, told MEE she was disappointed by the adjudication.

She said: “The world is doing an awful lot of soul searching at the moment on the issue of racism. That the FT chooses to support spreading hate against powerless little French Muslim girls by supporting the dressing up of unfounded incendiary claims as facts by a powerful politician, while refusing to correct them and indeed apologise for them, is of huge concern and public interest.”

It comes after Roula Khalaf, the editor of the FT, interviewed Macron last month, when he spoke about the need to control “the globalisation of hate” through social media.

The French president added that the expansion of technology platforms had “for the first time created a public space, an agora where there are no rules”.