Explainer: The conflict between Turkey and Cyprus over the Varosha ghost town 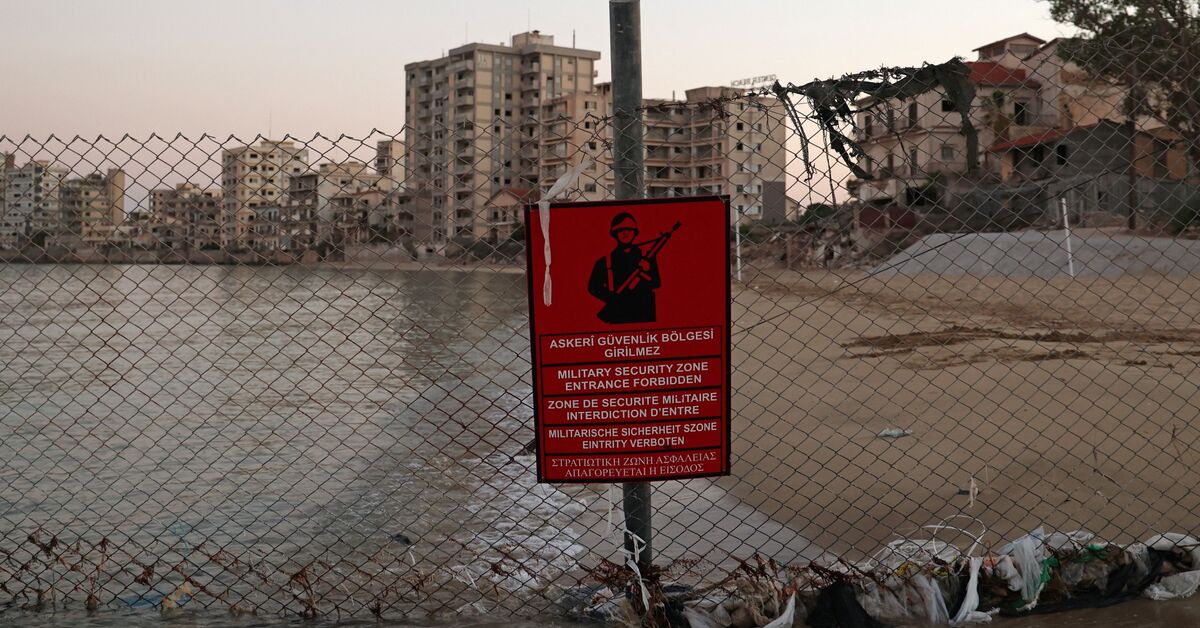 
Turkey and its ally the Turkish Republic of Northern Cyprus are moving ahead with their plan to develop the town of Varosha. The UN-recognized Republic of Cyprus opposes the move, and the issue relates to the dispute between Turkish and Greek Cypriots on the island, as well as disagreements Turkey has with its eastern Mediterranean neighbors.

Varosha is a former resort and part of the city of Famagusta on the eastern part of the island of Cyprus. It is located within the Turkish Republic of Northern Cyprus’ territory, but close to the border with the Republic of Cyprus. Varosha was a popular vacation spot for the rich and famous in the 1970s.

The area became a flash point in the division of Cyprus in 1974. A Greek military coup that year following ethnic violence between ethnic Greeks and Turks led to a Turkish invasion of the northern part of the island. As a result, tens of thousands of Greek and Turkish Cypriots were expelled from or fled the northern and southern parts of the island. Turkey is the only country in the world that recognizes Northern Cyprus.

The Greek Cypriot community of Varosha fled during the Turkish invasion, after which the Turkish military fenced off the area. It has been largely abandoned since.

Two UN Security Council resolutions have addressed the issue. Resolution 550 in 1984 says the council “considers attempts to settle any part of Varosha by people other than its inhabitants as inadmissible and calls for the transfer of that area to the administration of the United Nations.” This position was reaffirmed by Resolution 789 in 1992.

What are Turkey and Northern Cyprus doing in Varosha now?

Turkey announced in October its plans to open Varosha’s coastline for public visitors, promoting condemnation from the United Nations. Since then, nearly 200,000 tourists have visited the area, Northern Cyprus President Ersin Tatar told reporters Tuesday, referring to Varosha by its Turkish-language name, Maras.

The same day, Tatar also announced plans to convert a section of Varosha from military to civilian control so that Greek Cypriots could reclaim their properties.

The issue became further heated Tuesday as Turkish President Recep Tayyip Erdogan visited the island and expressed support for a two-state solution to the conflict, Turkey’s official Anadolu Agency reported. Erdogan has endorsed two separate Cypriot states in the past.

During his visit, Erdogan also pledged to respect property rights in Varosha, according to Anadolu, in a further reference to Greek Cypriots who once lived in the town.

In the Middle East, Israel’s Foreign Ministry “expressed deep concern” in a Tuesday tweet. Turkey is currently working to repair its damaged relations with Israel.

In a statement Tuesday, the Greek Foreign Ministry voiced support for the “need to maintain the status of the fenced-off area of Varosha” in keeping with UN Security Council Resolutions. Greece and Turkey are also in a state of disagreement over Turkey’s offshore drilling activity in eastern Mediterranean waters claimed by Greece and Cyprus.

Tuesday’s events in Cyprus also elicited a strong reaction from Washington. During a Senate Foreign Relations Committee hearing on US Turkish policy on Wednesday, Democratic Sen. Bob Menendez of New Jersey accused Erdogan of undermining the Cypriot peace process with his trip.

“Erdogan’s visit casts these efforts aside,” said Menendez, who chairs the committee. “This violation of international law is unacceptable.”

The undersecretary of state for political affairs, Victoria Nuland, told the senators she spoke with Turkish diplomats Wednesday about the plans for Varosha.

“We are urging a reversal of this decision,” said Nuland.

Menendez also asked the diplomat to clarify the US position on a possible two-state solution for Cyprus. Nuland said the Biden administration “absolutely” opposes this.