'Enough is enough': Iranians frustrated over police drive to enforce hijab-wearing in cars 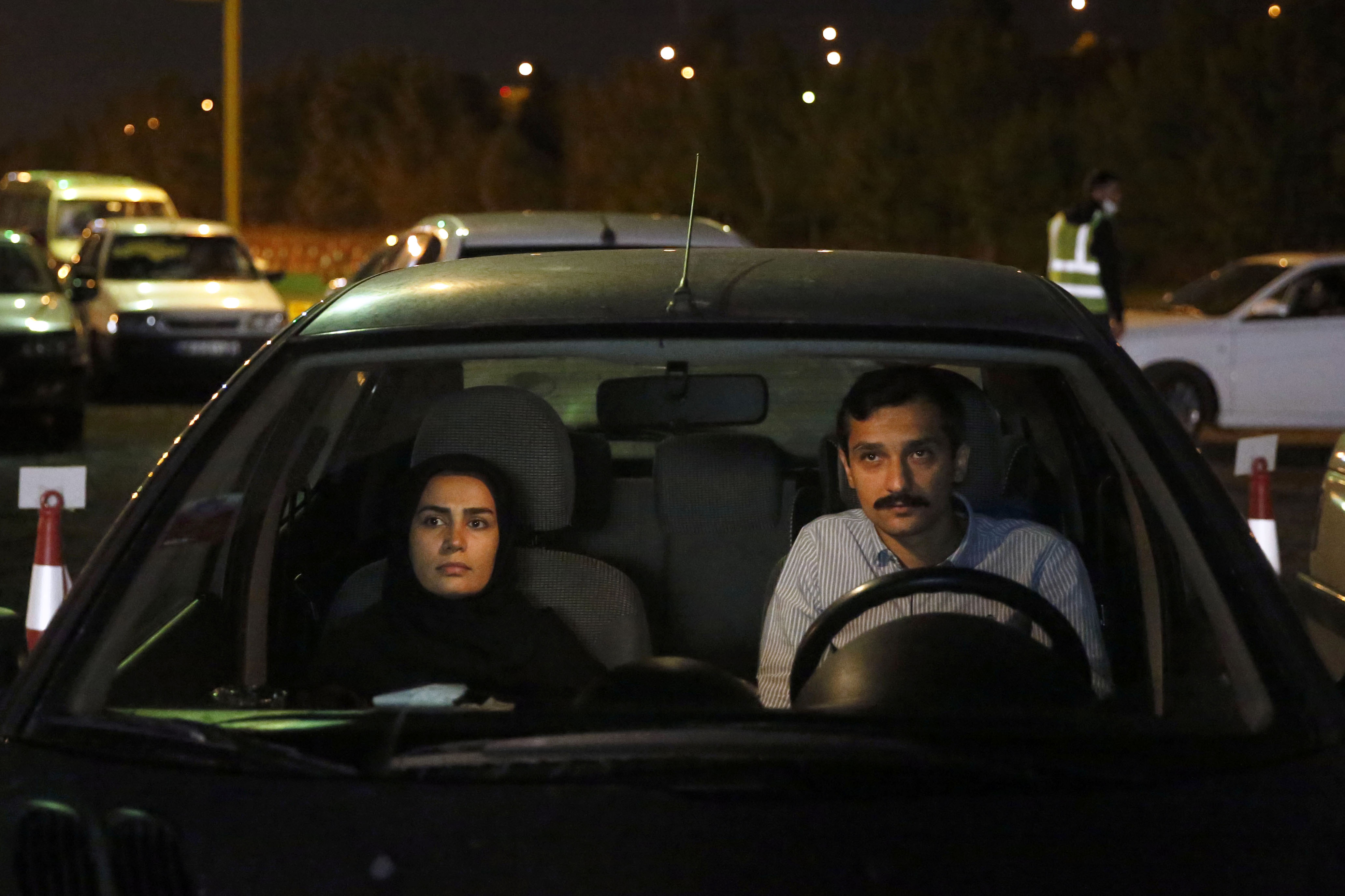 
Iranian motorists are increasingly being summoned to the offices of the morality police, known as the Hijab Watch, for violating the law that requires women to wear a veil in public.

The growing trend is also targeting Iranian men who have been seen driving with female passengers not wearing the hijab, or who had their cars used by unveiled female relatives, as the men of the family are also expected to help enforce the law.

From East to West, war on the hijab reveals gendered Islamophobia

The initiative has seen mounting frustration among Iranians already under pressure from a crippling economic crisis and the coronavirus pandemic. It has also been criticised for making mistakes and wasting people’s time.

After receiving a text message, the driver or owner of the vehicle has 10 days in which to report to the morality police, and sign a letter committing not to violate hijab rules again. If the driver ignores the text, his or her car can be impounded. Similarly, if those who sign the letter are spotted breaking their commitment, their cars can also be impounded.

The car: A private or public space?

While the police force strongly argues the inside a car is not considered “private,” and disregarding hijab rules while travelling therefore constitutes a crime, clerics are in disagreement over the issue.

Mohsen Gharavian, a prominent cleric, said in an interview that, based on the opinions of Islamic scholars, a car is private property – meaning that what happens inside the car is the owner’s business and no one else’s.

In a separate interview, he argued that the Islamic Republic would not reach any positive outcome by putting more pressure on women.

However, Mohammad Taghi Rahbar, a former MP and another influential cleric, told Middle East Eye that, in terms of privacy, vehicles were not on the same footing as homes, where residents cannot be seen.

“Therefore, the inside of the car is not considered private, as everyone can see what you are doing, what your outfit is and whether you have observed the hijab or not,” he said.

“While many are able to see you inside the car, if you commit any wrongdoing, that would be seen as promoting immorality and violating the law.

“Do you know why the liquor stores are closed in Iran? Because they can also promote immorality.”

The police force has yet to be fully successful in implementing its plan, with many surprised to have received summons, as it was not clear how they could have violated the rules.

‘I was surprised, as they have probably confused me with a woman, which is totally ridiculous’

Upon receiving a text from the morality police, cleric Morteza Rohani wrote sarcastically on his Twitter account: “I didn’t know that removing the turban is [equivalent to not wearing hijab].”

Ahmad Alimardani, meanwhile, said he was likely mistaken for a woman because of his long hair.

“I have neither a wife nor a girlfriend, but I do have long hair. That’s why when I recently received an SMS from the police, I was surprised, as they have probably confused me with a woman, which is totally ridiculous,” he told MEE.

Other people complained they had been accused of violating the rules even at a time when they were either abroad or at home.

Hoda Dolatshahi, who studies in Italy, said that, upon her arrival to Tehran some time after the Covid-19 pandemic broke out, she received a warning from the police, which she found puzzling seeing that her car had been parked at her mother’s house for months.

Arian Ehteshami, a school teacher, told MEE that his wife had not moved her car once in the past three months, but she had still received the “silly text message”.

In reaction to the criticism, Tehran police chief Hossein Rahimi said their initiative was being enforced all across the country and a small number of mistakes was inevitable.

Summoned amid a pandemic

Middle East Eye interviewed people who had been frustrated by their visit to the morality police office.

Farhad Nikpour said people were angry they had to appear for something unimportant:

“I asked the officer if he had any proof that I violated the rule, he replied ‘no,’ and said ‘if you have an objection you should go to the judiciary to file a lawsuit’.

“I, therefore, preferred to sign the commitment letter and get out of there.”

Mojgan Saeedi does not wear the hijab and says she does not believe in the rule. But when she went to the police office, in the middle of the pandemic, she had to wait in a long line to sign the commitment letter. A line, she said, that would endanger the lives of people in a country already suffering from the highest rate of coronavirus infection in the region – with more than 556,890 cases and more than 31,980 deaths.

In addition to signing the letter, those deemed in violation of the rule must attend a one-off class, held by the police, on the values and importance of hijab, said Farnaz Ziaee, an accountant who uses her car to commute to work.

Tehran’s police chief said in July that a large number of police patrols had been tasked with monitoring and identifying drivers flouting the hijab rule, noting the time and place and information about the car, such as brand and licence plate.

“[They then] submit the information, along with their names and details, to the [morality police] centre. The necessary action would then be immediately taken and the car owner sent a text message,” he said. The social deputy of Iran’s police force also announced that “technological tools, traffic and law enforcement cameras” will be used to crackdown on those who don’t wear their hijab “properly”.

While introducing a new coronavirus policy that would fine people for not wearing masks, deputy health minister Alireza Raisi added that the facial recognition system used by the police for its Hijab Watch scheme would also be employed for monitoring the latest mask-wearing policy.

“Since all information on people is available [in the system], they will be fined,” he said.

However, two weeks later, a conservative Iranian MP, Mahmoud Ahmadi Bighash, said the police did not use a facial recognition system.

As the United States applies its “maximum pressure” policy on Iran with wide-ranging economic sanctions, hurting ordinary Iranians, hardliners in Tehran are also tightening the screws on citizens by cracking down on social freedoms.

Some Iranians feel state authorities are making a mistake by adding more psychological pressure, suggested even it might push them to the brink of revolt, thus playing into the hands of the US administration.

“Are they out of their mind?” asked Maneli Jamshidi, a student of political science who asked MEE to use a false name for safety reasons.

“[President Donald] Trump is evidently striving to overthrow the Islamic Republic and has resorted to the cruellest tools to push people to the streets… These stupid actions would push people to riot, for they are exhausted – enough is enough.”