Nadeen Ashraf, founder of Instagram account page ‘Assault Police‘ which helped spark the #MeToo movement in Egypt, was featured on BBC’s list of 100 most influential women of 2020.

“Nadeen is now seen within the feminist movement as a linchpin for social change in the fight against sexual harassment,” the BBC said on its website.

Initially, the account started out as a platform to allow women to come forward with their testimonies and share their stories openly without feeling threatened. However, it later grew into a wider campaign that propelled other movements and more women to come forward, such as female students at Egypt’s higher institute of cinema.

“I grew up surrounded by women who dedicated their lives to pushing for change; I never thought I would be in a position to amplify their voices. It’s never too late to do something you believe in,” Ashraf told BBC. 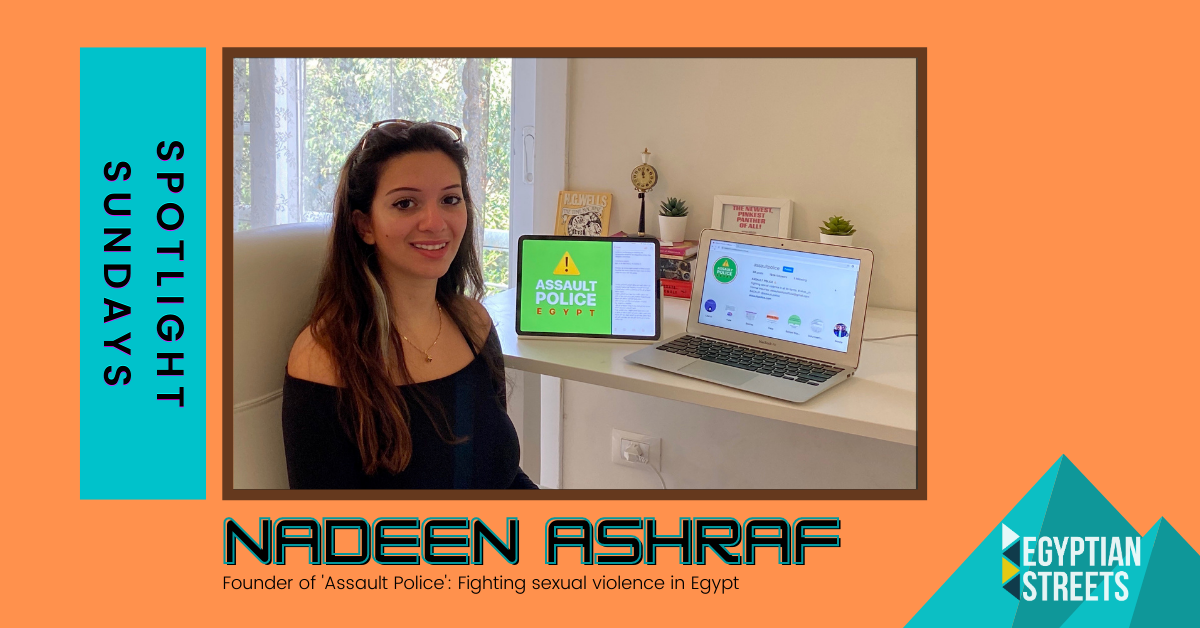 In an interview with Egyptian Streets, Ashraf revealed that she is planning to expand from an online platform to a full-time organization that can support survivors; helping them become connected to professionals, legal aid, and therapy.

“I also plan to look into curating awareness programs for younger generations whether through schools or other institutions, so we can really start to tackle the issue at its core,” she said.

Since the beginning of July, a wave exposure of sexual predators was occurring on Egyptian social media, following the case of Ahmed Bassam Zaki who was accused of rape, sexual assault and sexual harassment of more than 50 Egyptian and foreign women.

After Zaki’s arrest, Egypt’s Prime Minister Mostafa Madbouly approved a legislative amendment in the criminal code to protect the identities of victims of harassment, rape and assault during court cases. The amendment enables prosecutors to conceal the data of victims coming forward with their reports in order to protect them from possible retribution from perpetrators or external parties.