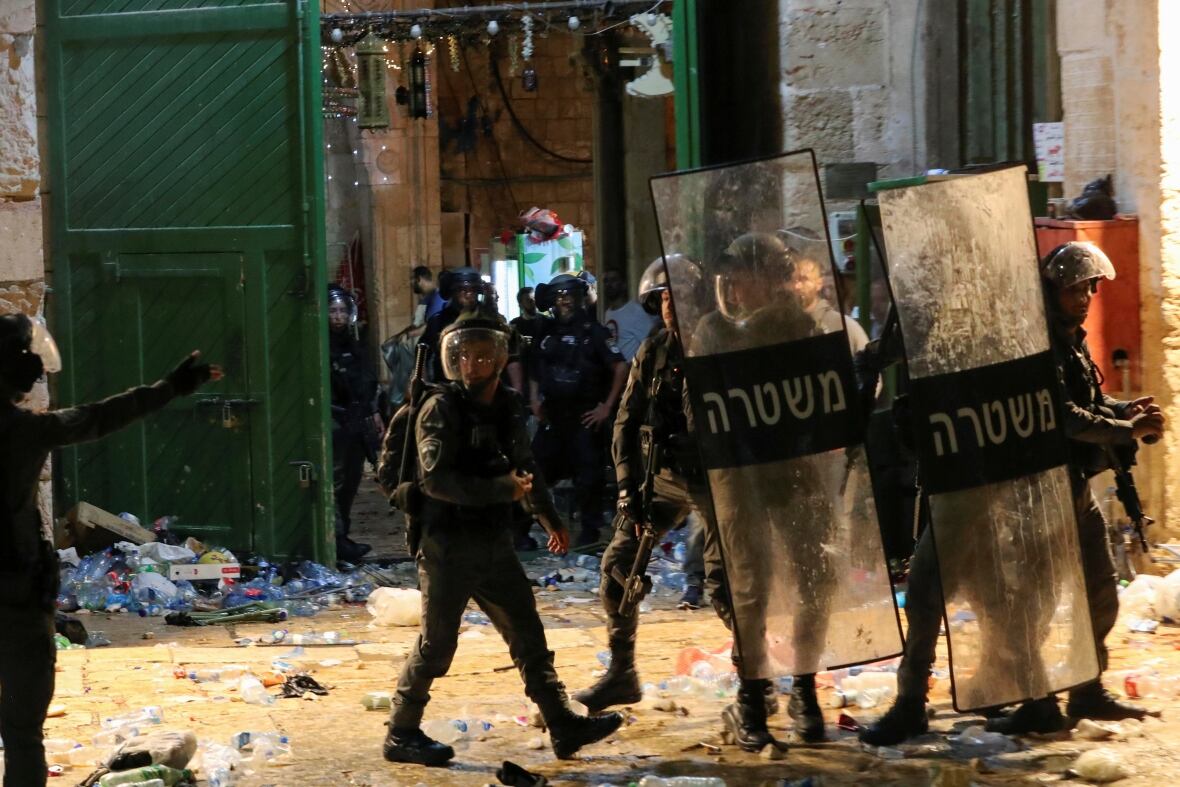 In a statement posted on his official Facebook account, Sheikh Ahmed El-Tayeb strongly condemned the most recent violations carried out by the Israeli forces in Palestine.

“Barging into Al-Aqsa Mosque is a violation to the sanctity of the prayers,” stated the Grand Imam while stressing on his condemnation of the armed assaults that took place in Sheikh Jarrah peaceful protesters who expressed their rejection of the forced evacuation and the process of land seizure that the court has recently ruled in favor.

El-Tayeb described the global silence towards what is happening in Palestine as “shameful”. He asserted that the institution of Al-Azhar, including students and scientists, are in full solidarity with the people of Palestine and consistently praying for them.

On Friday evening, Israeli forces confronted  Palestinians at Al-Aqsa Mosque and took steps to disperse them using rubber bullets, water-cannoned armored vehicles, and stun grenades. At least 205 Palestinians and 17 Israeli officers were injured at Al-Aqsa and around East Jerusalem, notably at Sheikh Jarrah.

The Sheikh Jarrah neighborhood is mostly populated with Palestinians and it holds a tomb for an ancient Jewish priest, Simon the Just.

The international community, including the United States, the European Union, the United Nations, and Jordan, are calling for “calm” to maintain stability.

Al-Azhar’s latest statement comes following more than a week of violence in Sheikh Jarrah. The violence erupted after the latest court rule from an ongoing legal conflict regarding housing ownership in Sheikh Jarrah, East Jerusalem. A Jerusalem district court ruled in favor of Jewish Settlers against the appeal of Palestinian families regarding the eviction.

Forced evictions have been a long-standing issue for the Palestinians since they do not have a legal right to return their households. Legal challenges between Palestinian families and Israeli settlers – backed up by Israeli officials- have been ongoing for decades in neighborhoods of East Jerusalem, including Sheikh Jarrah and Silwan, reported The National News.

However, according to an agreement between Jordan and the United Nations Relief and Works Agency (UNRW) in 1956, 28 Palestinian families have the right to settle in Sheikh Jarrah after losing their homes in 1948. But with Israel’s move to annex East Jerusalem in 1967 — a move not recognized by the majority of the international community — they were denied ownership of the homes and lands.

According to UN News, Rupert Colville, the official spokesperson of OHCR, stated that these evictions “if ordered and implemented” would violate international law and, therefore, must cease from such rulings in order to abide by international humanitarian law.

‘Imagine if Every Girl in Egypt was Educated’: Meet Activist Jana Amin