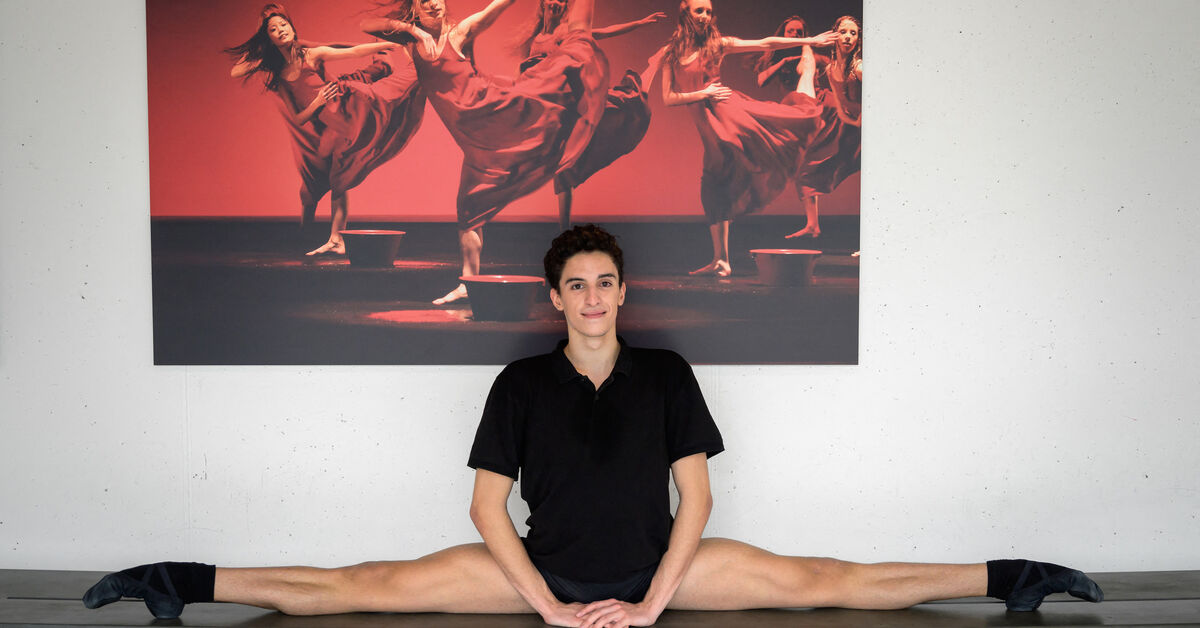 
In 2013, Luca Abdel-Nour, who was then 11, traveled from Cairo to Zurich to receive professional training in ballet dancing — an art he has continued to be passionate about despite being bullied and mocked by some Egyptians who don’t believe men should participate in ballet dancing. Once in Switzerland, Abdel-Nour placed second at the prestigious ballet competition in Lausanne. Yet that was still not enough to stop the bullying.

While Egyptian and Arab newspapers highlighted the story of Abdel-Nour, who has been touring European theaters since March 2020 as part of international shows after winning international fame and the Prix de Lausanne on Feb. 8, some Egyptians continue to mock his accomplishments.

“It is a shame.” “He needs a reset.” “What depilatory cream do you use for the legs? I need it for my wife,” people commented sarcastically on social media.

In response to the online bullying, Abdel-Nour calmly replied in a March 8 interview on the Egyptian DMC channel, “There are certainly negative comments. But there are a lot of people who have been supportive. There are those who said I inspire them to do ballet in a not-so-encouraging society.” He said most of the votes that allowed him to win the audience prize at the Prix de Lausanne came from Egyptians.

Abdel-Nour, a dual Egyptian-French citizen who hails from Upper Egypt, may have applied to the Prix de Lausanne to prove to himself and the world that he is at peace with Egyptian society despite the aggressiveness of some.

In his interview with DMC, Abdel-Nour, now 17, recounted that when he was still a student at the Oasis International School in Cairo’s Maadi district, he participated in the performances organized by the school with the moral support of his teachers and trainers. The school chose him as the principal dancer in many of the its annual performances, he said.

Commenting on the social reaction to men ballet dancing in Egypt, Ali Hassan, a private ballet dance trainer and former teacher at the Higher Institute of Ballet in Giza, told Al-Monitor a lot of men aspiring to dance ballet refrain from joining training courses out of fear of being bullied and mocked. The furthest point a lot of male ballet students and practitioners in Egypt can reach is to give lessons at the institute or at another private ballet school, without coming out in public in theaters or having to deal with society as professionals, he added.

Hassan said there are many stereotypes preventing men from performing ballet, mainly that ballet is for females and that it is shameful for a man to have a flexible body or to take up any kind of dancing as a profession. Such misconceptions view that male dancers are not masculine enough, he added.

Speaking on the official Egyptian role — represented by the Ministry of Culture and the Cairo Opera House, where most ballet performances in Egypt take place — Hassan indicated the state has provided the necessary support in financing the training of dancers and organization of shows where men ballet dancers perform. He said the Ministry of Culture and the Opera House organized the first performance to include male ballet dancers in the 1960s. This is encouraging other ballet dancers to pursue this career openly, although it’s not a significant number.

“It seems the Ministry of Culture or the Cairo Opera House’s support is not enough in the face of society opposing men from dancing ballet,” Hassan said, calling on the media to launch campaigns to change stereotypes by promoting Egyptian ballet contestants’ achievements on the international scene, such as those of Abdel-Nour. He also suggested awareness campaigns among school students at early ages on the importance of arts and the right of everyone, be they men or women, to dance ballet.

The Ministry of Culture and the Cairo Opera House presented in 1966 “The Fountain of Bakhchisarai.” It was the first ballet show involving a number of male dancers as principal dancers — namely, Rida Farid, Yehya Abdel Tawab, Wageeh Yosef and Mansour al-Ginedi, who danced the roles of Tatar monarchs and soldiers. The show ran for 12 years, and the men had to continually shave their heads during this period of time, as was instructed by a Russian director who paid attention to even the smallest details.

Magida Saleh, the first Egyptian ballerina in Egyptian history and who has been performing since 1958, told the press back in 2019 that the male ballet dancers had suffered a lot due to stereotyping and bullying to the extent that some of them had kept their work as profossinal ballet dancers a secret.

She called for ending the stereotypes, which have denied a lot of talented people the right to practice the art of ballet dancing.

The Egyptian government still continued to show appreciation to male ballet dancers. The Ministry of Culture named in January 2018 Magdy Saber, one of Egypt’s top ballet dancers, chairman of the Cairo Opera House.

Although Abdel-Nour has yet to obtain any of the state’s high awards, Nabila Makram, Egypt’s Minister of Immigration and Expatriate Affairs, commented on one of his Instagram photos that she was trying to reach him, without explaining why.

Abdel-Nour will join an international ballet troop soon and could be one of the youngest professionals in the world, said a former colleague of his at the Premier Ballet Academy in Maadi. The colleague, who declined to be named, told Al-Monitor that Abdel-Nour would rather keep the name of the troop unknown for now.

He said private entities and civil society organizations bring significant support to male ballet dancers in the face of bullying, noting that Premier Ballet Academy, headed by Ahmed Yehia, played a major role in refining Abdel-Nour’s talent and encouraging him, along with the Oasis International School, up until he went to Zurich.

Egypt is gearing up for the implementation of the first phase of the Greater Transfiguration Project to develop the famous ancient city of Saint...
Read more
Culture

Amal Elsana Alh’jooj grew up in a Bedouin village in the...
Read more
Culture

On Birds And Planes