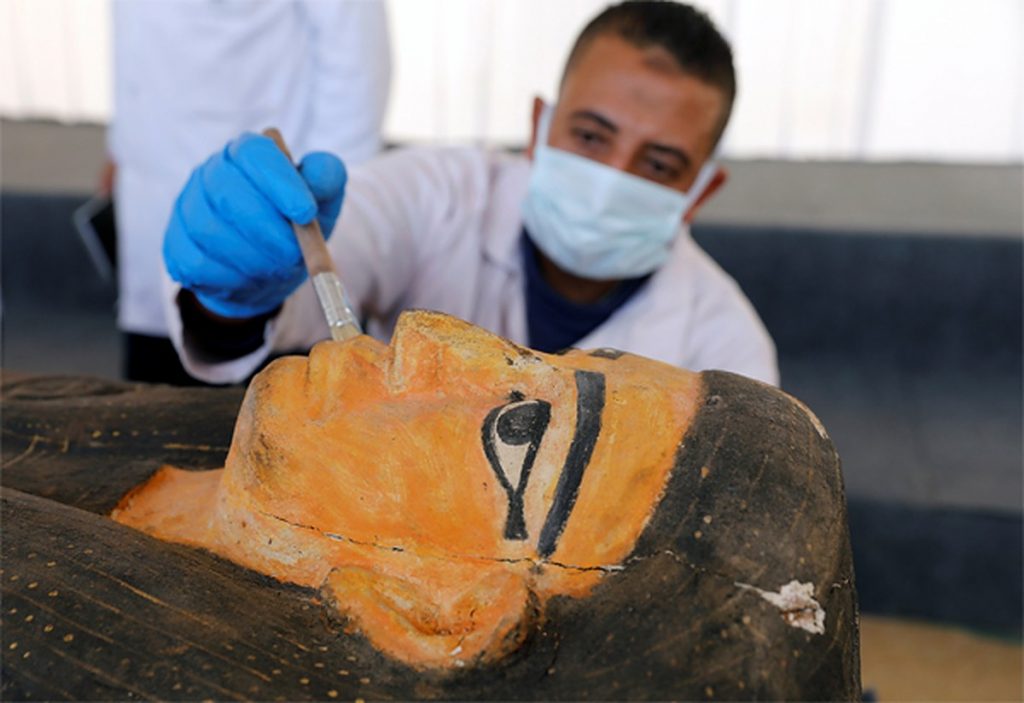 Egypt’s Ministry of Tourism and Antiquities announced the discovery of at least 100 ancient coffins and 40 gilded statues of Saqqara goddess Ptah Soker in Egypt’s Saqqara Necropolis.

The discovery was displayed during a makeshift exhibit at the Step Pyramid of Djoser at Saqqara, where they also carried out X‐raying to show the structures of the ancient mummy and how it was preserved.

Ministry of Tourism and Antiquities Khaled El Enany said that this will not be the last discovery in Saqqara, and that more will follow.

“It is a great discovery in 2020, but this will not be the last one. We have discovered only one per cent of the antiquities buried in the Saqqara Necropolis,” he noted.

The coffins will distributed among the Cairo Museum in Tahrir, the Grand Egyptian Museum, and the National Museum of Egyptian civilization.

In September, another discovery in Saqqara necropolis southwest of Cairo has yielded  14 intact and sealed sarcophagi estimated to be 2,500 years old.

The sarcophagi, or ornate coffins, are made of wood and still retain some of their original color.

The Ministry of Tourism and Antiquities has published a series of videos teasing at footage of the discoveries, in the most recent of which Minister Khaled El-Enany declares that this is only the beginning. In a video published earlier this month, Waziri and world-renowned Egyptologist Zahi Hawass show a few shots of the colourful, newly unearthed discoveries.