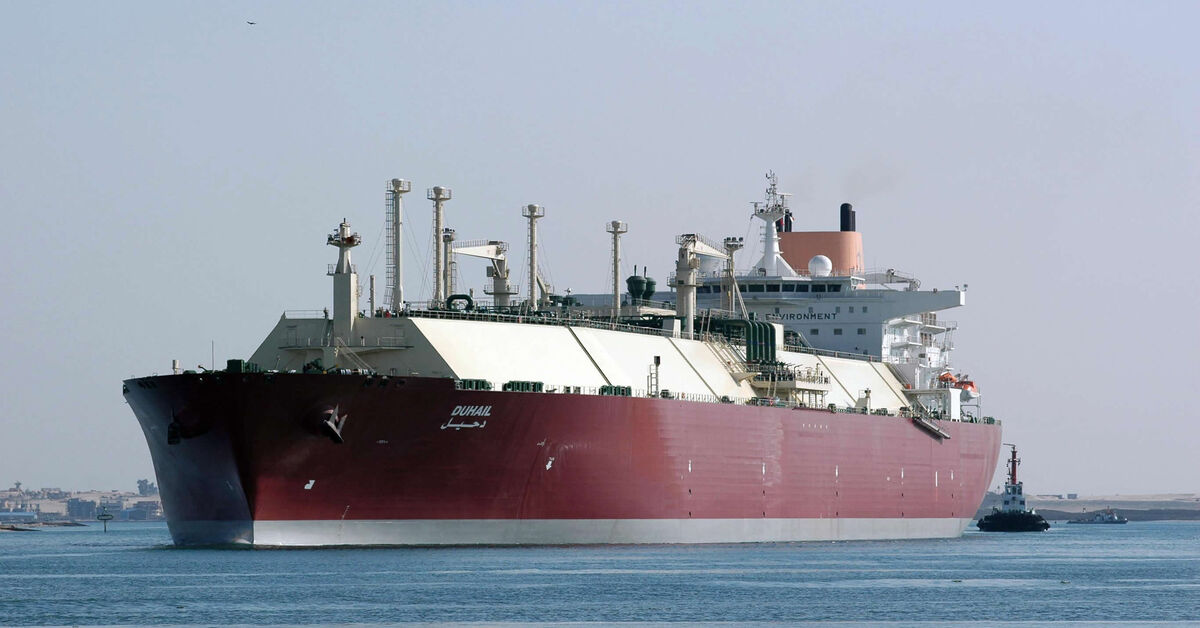 
CAIRO — For the first time in eight years, Egypt resumed operations of its two liquified natural gas  (LNG) stations in Damietta and Idku, north of Cairo, in a bid to restart exporting gas through China, Japan and India to Asia, and through Greece and Cyprus to Europe. This would turn Egypt into a major gas exporter with a positive impact on the national economy that has been dealt a severe blow due to the coronavirus pandemic.

In February, Egypt announced the launching of bids to expand excavation operations for gas and oil in the Mediterranean Sea, the Red Sea and the Western Desert.

It also began to export LNG trucks to China and India for the Asian market, after restarting the stations in Damietta and Idku on Feb. 22.

Egypt seeks to increase its LNG exports from the Damietta and Idku stations to reach 12.5 million tons annually, according to Egyptian Minister of Petroleum Tarek el-Molla, after a significant decline of exports last year following the coronavirus outbreak worldwide.

The Damietta station had stopped operations in 2012 after Egypt decided to divert feed gas for domestic use to confront the gas shortage back then.

Several Egyptian media outlets quoted comments mentioned in a report by VEROCY, a Dutch risk consultancy focusing on the Middle East and North Africa, on Egypt’s ongoing progress and prosperity in the field of LGN production and exports in the eastern Mediterranean to global markets during the coming period given its strong infrastructure.

The report also mentioned several positive signs, including the unique infrastructure of the Egyptian LNG stations, to increase LNG exports from Egypt, including from the Idku plant, stating that most of these exports will reach Asian markets, notably China and India.

Several experts and observers who spoke to Al-Monitor said that operating the Damietta and Idku plants would contribute to further boosting Egypt’s gas infrastructure, turning it into a regional hub for gas exports around the world. Experts argued that this would add to Egypt’s political power and weight and is a positive indicator of the national economy.

Osama Kamal, a former Egyptian minister of petroleum, told Al-Monitor that Egypt has a strong infrastructure for gas, whether through its Damietta and Idku LNG stations, or its pipelines with Israel, Cyprus and Greece.

“These countries will have to channel their gas to Cairo for liquefaction to be exported to Europe and Asia, which is extremely beneficial to the Egyptian economy,” Kamal said.

“Egypt has become a major hub for energy and gas trade in the world thanks to its large infrastructure that makes it control the gas market. Cairo liquefies gas and then pumps it locally for the production of petrochemicals, or reexports it abroad, which is also profitable given traffic fees and the percentage of LNG Egypt gets to support the national economy with foreign currency,” he added.

Kamal said that Egypt maintains good relations with various countries, and given its strategic location it can meet any gas requests — whether to Asia via China, India and Japan, or to Europe via Cyprus and Greece — via its large infrastructure and the expansion of gas discoveries to preserve production capacity and face any potential shortage of reserves.

Kamal expects a promising future of gas for Egypt, as he spoke about gas-operated vessels instead of diesel fuel, which is a better option for the preservation of the environment. He noted that with the coronavirus vaccine rollout, the global trade and economic activity will be back in motion, which would lead the recovery of the gas and energy market.

Ramadan Abu al-Alaa, professor of petroleum engineering at Suez Canal University, told Al-Monitor that the resumption of operations at the Damietta and Idku stations is a very positive step that would contribute to making Egypt a hub and a major center for the export of gas discovered in deep waters to Europe and East Asia.

“This would prompt giant gas companies of different nationalities — whether British, Italian, French, Spanish or American — to work on strengthening their relations with Cairo for liquefaction requests and reexportation,” he said.

“Being a hub for gas exports, Egypt will have a great political weight in the region, not to mention the positive economic impact amid the repercussions of the coronavirus pandemic. Egypt will benefit from traffic fees and a cut on LNG [passing through its territories], given its unparalleled infrastructure in the Middle East,” Abu al-Alaa said.

He noted that at the beginning of March, the East Mediterranean Gas Forum (EMGF) was given formal status as a regional governmental organization based in Cairo, which is a significant step to increase cooperation in the exploitation of natural resources, including gas, among the forum’s member states — Egypt, Israel, Palestine, Jordan, Cyprus, Greece and Italy.

He said that France’s membership to the EMGF has been approved, while the United States has observer status, adding, “This will play out to the benefit of Egypt whether politically or economically, as it has become a major hub for gas exports to East Asia.”

Yaman al-Hamaki, professor of economics at Ain Sham University in Cairo, also believes that the resumption of operations at Damietta and Idku plants will push Egypt to the forefront as a hub for gas exports to Europe and Asia, with great positive repercussions on the national economy in terms of increased investments and hard currency entering the country, not to mention more job opportunities.

“Neighboring countries will rush to Egypt to liquefy their gas, given its powerful infrastructure. Therefore the Damietta and Idku stations must operate at full capacity to increase production and compensate the losses of their idle years in order to support the national economy,” Hamaki told Al-Monitor.

She believes that given Egypt’s strong relations with both China and India, Cairo will increase its LNG exports via these two countries to Asia.

“Europe is a top priority to Cairo given the partnership agreements concluded with the European Union and the strong relations with European countries, which are an important market for gas in the world,” she added.

Egypt’s Black and White Desert: An Unforgettable Journey to a Different Planet