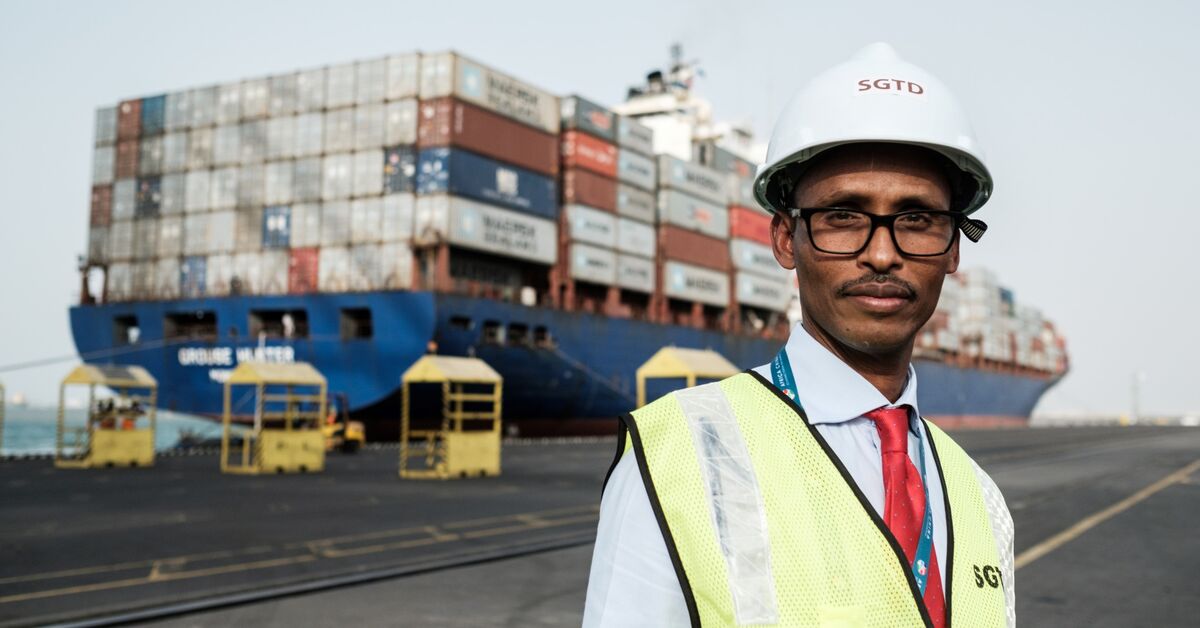 
Sherif Issa, Egypt’s assistant foreign minister for African affairs, led a high-ranking delegation from various ministries and companies to Djibouti this month to discuss strengthening economic and other relations between the two countries.

Some wondered about the motives behind the March 14 visit, with one analyst saying Egypt is now trying to catch up with rival Ethiopia in the Horn of Africa.

An Egyptian Foreign Ministry statement said the visit culminated in Djibouti’s approval to license an Egyptian company to operate flights between the two countries in order to facilitate the movement of passengers and goods. Djibouti also authorized an Egyptian bank to work in Djibouti, in addition to reaching agreement on cooperation involving the building of housing units, ports, logistical and industrial areas, in developing fish farming and on ways to remove informal settlements, the statement added.

“The visit marks the inauguration of a new phase of bilateral relations between the two countries,” the statement read. A spokesman for Djibouti’s embassy in Cairo told Al-Monitor that the “visit aims to strengthen Egyptian-Djiboutian relations and cooperation in various sectors.”

Rakha Hassan, a former Foreign Ministry assistant minister and a member of the Egyptian Council for Foreign Affairs, told Al-Monitor the visit aimed to explore economic cooperation with Djibouti as Cairo seeks to develop relations with the countries of the Horn of Africa and the Nile Basin.

He said Egypt has realized that competition in Africa now has to more with development and economic presence rather than diplomacy and politics. He said the Egyptian presence in African markets “is not at the required level.”

Hassan also said many African countries see Egypt as being successful in developing the infrastructure they lack and seek to benefit from Egypt’s experience.

Egyptian policy toward Africa began moving in a more positive direction in 2014 as priorities shifted and after memories faded of the failed assassination attempt on Egyptian President Hosni Mubarak in Addis Ababa, Ethiopia, in 1995.

Egypt now seeks to improve its image within the continent, protect its interests and strengthen its position when it comes to the dispute over the Grand Ethiopian Renaissance Dam.

Mohammed Soliman, a researcher at McLarty Associates’ Middle East and North Africa Practice, told Al-Monitor that Cairo has recently focused on economic cooperation in terms of trade, development and infrastructure projects in its policy in East Africa and the Horn of Africa.

Sherif el-Gabaly, chairman of the African Cooperation Committee at the Federation of Egyptian Industries, told Al-Monitor that while Egypt did not place much importance on the continent before 2014, “There is now Egyptian action in all African countries.”

He said Egypt has signed many trade agreements with African countries such as the Common Market for Eastern and Southern Africa, in addition to the African Continental Free Trade Area, and has established a risk insurance fund on exports to Africa.

By the end of 2020, Cairo announced a plan to increase Egyptian exports to African countries, with a goal of reaching $30 billion within three years. The current volume of trade exchange between Egypt and Africa is well below that.

“We still need to increase the number of Egyptian companies and logistical centers and to organize comprehensive commercial delegations to Africa,” Gabaly said.

On March 22, Egyptian President Abdel Fattah al-Sisi instructed his government to establish direct lines between Egyptian ports and other ports on Africa’s coasts.

Aden Omar Abdallah, director of the Djiboutian Center for Studies and Research, said he believes that the Egyptian delegation’s visit to Djibouti at this time carries ulterior geopolitical motives, foremost among them the Grand Ethiopian Renaissance Dam crisis. He told Al-Monitor that Djibouti is not the only country that Egypt has recently contacted as Cairo has been increasingly active in the region.

In March 2020, Djibouti, along with Somalia, did not support Cairo in the draft resolution it submitted to the Arab League to reject any unilateral measures by which Ethiopia would proceed with the dam. On Dec. 6, an Egyptian diplomatic delegation visited the Somali capital, Mogadishu, to rebuild ties with it.

Egypt and Sudan have been engaged in arduous negotiations with Ethiopia over the dam for a decade to reach an agreement on filling and operating the dam, which Egypt considers an existential threat.

“Djibouti stands with Ethiopia more than it does with Egypt at the moment because Djibouti has strong economic relations with Addis Ababa, and it is difficult to change its position,” Abdallah said.

On Oct. 6, 2016, Ethiopia and Djibouti launched the first fully electrified cross-border railway line in Africa between the two countries, and in February 2019, they signed two agreements to build a $4 billion natural gas pipeline.

Cairo also seeks to keep up with the Turkish presence in the Horn of Africa and East Africa, Soliman added.

Abdallah agreed, saying, “The Egyptian goals are quite clear, which is to undermine the Turkish and Ethiopian role in the Horn of Africa, especially in Somalia, where Turkey is heavily present.”

The Egyptian Center for Strategic Studies said in a September 2019 report that Horn of Africa countries have geopolitical importance for the Egyptian state, so Cairo strengthened its military presence in the Red Sea by modernizing its naval armament and reorganizing the southern fleet to protect its interests.

The Washington Institute warned in a February 2019 analysis that conflict between US allies in the Horn of Africa could lead to further instability in some of the more fragile states.

Meanwhile, Ethiopia fears Cairo’s intention to establish a military base in the East African region in Somalia or Djibouti. “It is unlikely that Djibouti will accept the establishment of an Egyptian military base on its territory, so as not to risk damaging its good relations with Ethiopia,” Abdallah said.