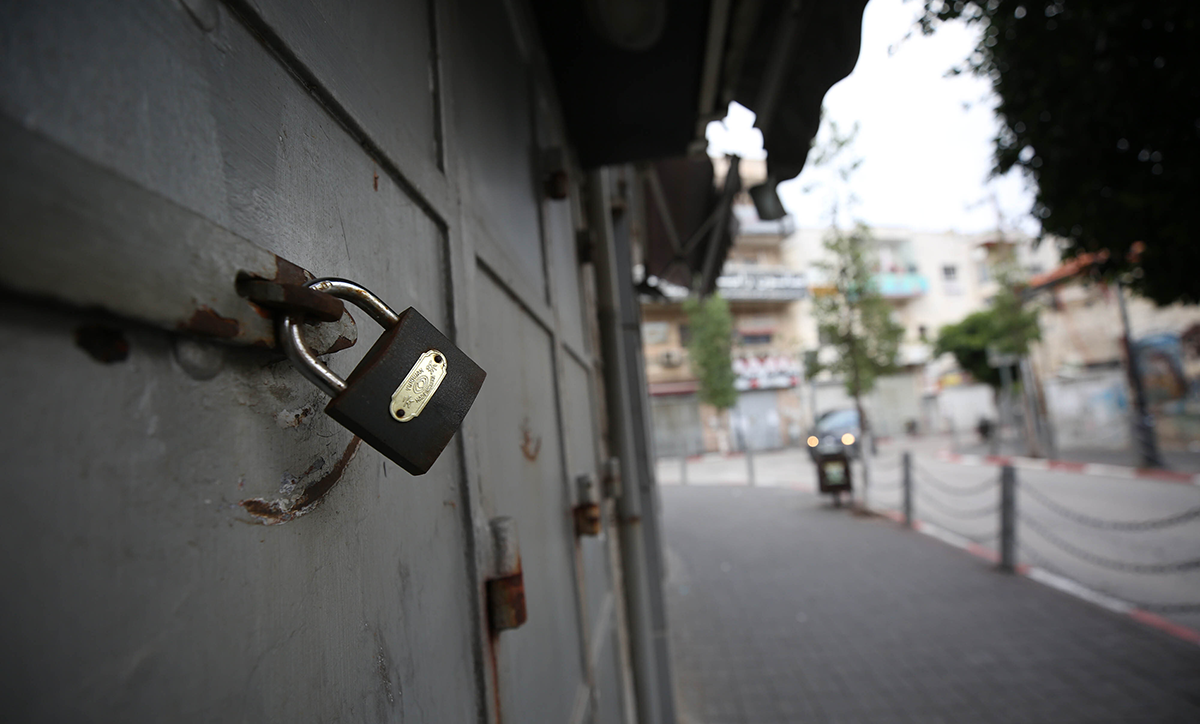 
The Palestinian Authority’s (PA) recent decision to renew ties with Israel surprised supporters and critics alike. Faced with the Trump and Netanyahu governments’ persistent dismissal of the Palestinians and their rights, the PA has spent the better part of the last three years threatening to terminate all relations with Israel, and even to withdraw the Palestine Liberation Organization’s (PLO) recognition of Israel. The deteriorating situation culminated in Palestinian President Mahmoud Abbas’ May 2020 declaration that the Palestinian leadership was absolved “of all the agreements and understandings with the American and Israeli governments.” Notwithstanding previous similar warnings from Abbas in recent years, the announcement prompted speculation among Palestinian political parties, Palestinians at home and in the diaspora, scholars, activists, and journalists over the future of Palestinian politics in the post-Oslo era.

The PA’s latest announcement — effectively a return to the Oslo framework — therefore, represents a marked change in policy direction. PA officials have given mixed signals to justify this sudden change in position. Hussein al-Sheikh, director of the General Authority of Civil Affairs, claimed that the decision to renew ties comes in the aftermath of a written commitment by Israel to uphold its prior agreements with the PA. Foreign Minister Riyad al-Maliki, however, explicitly connected the PA’s decision with the outcome of the United States presidential elections and the imminent departure of the Trump administration.

Although the PA’s political motives are yet to be fully clarified, its economic motives are less ambiguous, and likely more influential. The Palestinian economy and the PA’s financial position have been severely weakened in 2020 by four interrelated crises: persistent COVID-19 outbreaks, an acute multi-year economic slowdown, declining international aid levels, and disrupted flows of clearance revenues. As a consequence, the unemployment rate has risen to 29 percent, GDP is expected to contract by 8 percent, and the PA’s budget will post an unbridgeable $760 million deficit in 2020. While the COVID-19 pandemic that has compounded Palestinian economic woes was a novel and unforeseeable threat, other economic issues for the Palestinian economy and the PA are all too familiar. And now as always, the PA’s political decisions are driven almost exclusively by economic desperation and dependence.

Since 1994, the Palestinian economy and the PA’s finances have been contingent on the political swings and roundabouts in the relationship between the PA on one side and Israel and international donors on the other. The PA’s lack of control over economic and fiscal resources has locked the Palestinian economy and the PA’s financial balance into a perpetual cycle of dependence on financial flows controlled by external actors. The primary reason for this dependence, and hence for the PA’s repeated financial and economic crises, is deeply rooted in the historical fiscal and economic architecture of control engineered by Israel before 1993 and cemented by the Oslo process.

Israeli economic and fiscal policies in the West Bank and Gaza since 1967 have systematically stripped the local economy of its ability to develop or generate domestic sources of income. In 1991, Israel’s defense minister, Moshe Arens, appointed the Sadan Committee to investigate the economic and development conditions of the Palestinian economy. The resulting report highlighted that Israeli economic policy in the West Bank and Gaza was focused on increasing income levels by employing Palestinian laborers in the Israeli market. The report stated that “only rarely did the policy opt for the development of an [Palestinian] infrastructure and the encouragement of the creation of factories and employment.” The Sadan Committee identified that Israeli policy was responsible for creating a Palestinian economy overwhelmingly reliant on external sources of income. Remittances from wage earners, chiefly employed in Israel, contributed 29 percent of Palestinian GNP prior to 1993. This Israeli policy — of increasing Palestinian income levels through employment of Palestinian labor in Israel — has resulted in a segment of Palestinian labor becoming inextricable from the availability of external revenues in the Palestinian economy.

Since the establishment of the PA in 1994, economic ties between the Palestinian and Israeli markets have been shaped by the policy parameters of the Oslo Accords — more specifically, by the Paris Protocol, which instituted a legal framework for Palestinian economic activities and economic relations with Israel and the rest of the world. Within the parameters of the protocol, the PA’s economic policy has focused on the goal of increasing external income to compensate for the lack of domestic economic development. In particular, international aid disbursements, remittance flows from Palestinian laborers in Israel, and clearance revenue transfers have come to define the post-Oslo Palestinian economy and the PA’s financial health.

The World Bank reports that of the $38 billion in aid disbursed between 1994 and 2018, about 48 percent was absorbed by the PA’s budget and represented on average 30 percent of total PA expenditure. International aid has been essential in sustaining the Palestinian economy, contributing almost a quarter of GDP between 1994 and 2018. Remittance flows have played a similar role, supplying 15 percent of GDP in the same period. Another foreign source, clearance revenue, tax collected by Israel that is transferred to the PA on a monthly basis, has likewise become critical to the PA’s budget. Estimated at $2.2 billion annually, it accounts for 65 percent of total PA revenues and covers more than half of PA expenditure.

Because of their volume and prevalence, any disruption to these revenue streams adversely affects the PA’s finances and overall economic output. The current economic and financial crises have seen all three sources of revenue suspended or reduced.

Lacking control over economic and financial resources, the PA does not possess the means to set independent fiscal or monetary policies. However, it has sought to manage the current economic crisis by increasing domestic bank borrowing, accumulating debt to the private sector, appealing to donors for budgetary aid, cutting services and development spending, and slashing wages. By November 2020, however, the PA had exhausted all five options.

Domestic borrowing and arrears accumulation have been fully exploited. Since May, the PA has significantly increased borrowing from domestic banks to more than $2 billion. To do so, the PA had to ignore its own bank exposure limits and direct public debt set by the Palestinian Monetary Authority at $1.3-$1.4 billion. Banks’ exposure to the PA has been compounded by private borrowing by PA employees, which reached more than $1.7 billion. PA and public employees account for 38 percent of total banking sector credits to the Palestinian economy, a dangerously high percentage of total banking credits. In addition, the PA has fallen into significant arrears in payments to the public sector pension fund, municipalities, and private suppliers in order to finance its deficit. Palestinian Ministry of Finance and Planning (MoF) figures indicate that the PA accumulated $950 million in arrears in 2020. Bank borrowing and arrears accumulation have exerted immense pressure on the wider Palestinian economy and undermined liquidity within the private sector.

Compounding the problem, the PA has been unable to entice donors to fund its recurring costs or even maintain their aid levels. With the exception of some EU donors, international donors have terminated or severely reduced their aid disbursements in 2020. For example, aid from Arab donors has fallen by 76 percent since the beginning of the year relative to previous years. Moreover, overall budgetary support from donors declined over the past six years by 67 percent — from 30 percent of PA expenditure in 2014 to just 10 percent in 2019. Aid to the wider Palestinian economy has also decreased, from 20 percent of GDP in 2014 to just 15 per cent in 2018.

Despite this, however, the PA’s austerity program has coincided with increased domestic revenue extraction. MoF figures indicate that domestic PA revenue for 2020 is 60 percent higher than budgeted, pointing to greater efforts by the PA to replace at least some of its lost revenue from domestic sources, notably through increased taxation. As a consequence, public resentment of the PA’s austerity measures has reached a tipping point. For example, in October, after months of irregular payment, public school teachers staged a strike across the West Bank, while Palestinian social media is filled with calls for the PA to halt taxation and support struggling local businesses.

Against this backdrop, economic factors may well have been the driving force behind the PA’s decision to restore civil and security cooperation with Israel. In the short term, a resumption of clearance revenue transfers will extend a temporary financial lifeline to the PA, allowing it to cover public wages and reduce domestic borrowing. However, even with regular transfers of clearance revenue, the health of the Palestinian economy will continue to deteriorate. It has suffered repeated crises over the past two years, and these transfers alone will not bridge the budget deficit of $760 million. Moreover, while the Israeli Security Cabinet agreed to transfer accumulated clearance revenues of about $750 million to the PA, it announced that the Israeli government would withhold $160 million due to the PA’s program of paying stipends to the families of Palestinians killed, injured, or jailed by Israel. Subsequent suggestions from the PA that it would reconsider the basis for these stipends demonstrate that Israeli control over Palestinian finances will continue to shape PA policy going forward.

The enduring structural imbalances in the Palestinian economy and the PA’s continuing reliance on foreign revenues mean that any return to normalcy under the umbrella of existing economic mechanisms will merely continue the status quo, without advancing Palestinian aspirations or autonomy. To free national policy decisions from economic duress, the PA must seek alternative economic and financial structures — for example, through comprehensive and structural changes to the terms of the Paris Protocol or by directing foreign aid to infrastructure and economy-building initiatives rather than administrative expenditure. Untangling Palestinian governance from its reliance on foreign — particularly Israeli — sources is a prerequisite for any viable future for Palestinian politics and the Palestinian national movement.

Anas Iqtait is an Adjunct Lecturer at The Australian National University School of Business and Economics in Canberra, Australia and a Non-Resident Scholar with MEI’s Program on Palestine and Palestinian-Israeli Affairs. He specializes in the political economy dynamics shaping governance and fiscal policy of the PA, and the political economy and geoeconomics of the wider region. The views expressed in this piece are his own.

How to Get a COVID-19 ‘QR Code’ Vaccination Certificate in Egypt Source: BBC Egypt’s Ministry of Health and Population announced on Saturday 31 July that...
Read more
Politics

Explainer: The conflict between Turkey and Cyprus over the Varosha ghost town

Blind Tunisian Professor Sets a Standard for Others to Follow