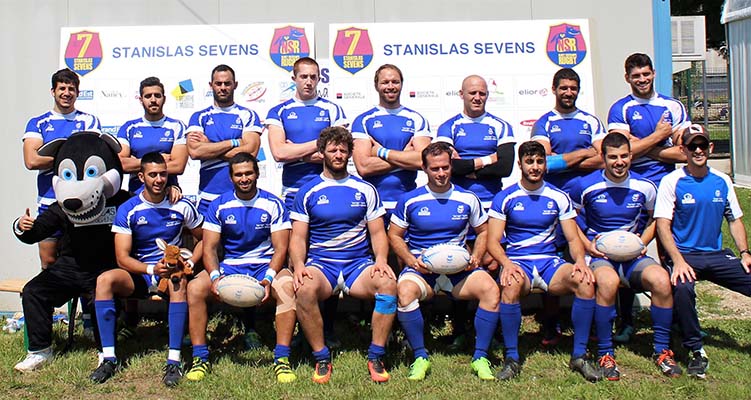 
One of the many attributes of sport is that it’s great at bringing people from different backgrounds together who share a common interest. It was wonderful to see the news that the Israeli Rugby 7’s was heading to South Africa for a training camp and predictably it’s brought the haters out of the woodwork.

ANC Youth League chairperson Muhammad Khalid Sayed thinks it’s an unacceptable idea because “Israel is investing heavily in growing a group of Israeli apartheid supporters among a certain sector of society which is already struggling with transformation.”

“Israeli rugby was literally born out of apartheid SA. Apartheid SA had strong relations with Israel during the 1980s – in addition to supplying military weapons to the apartheid SA regime, Israel also assisted apartheid SA in other ways, and vice versa.

“Rugby has been trying to transform in recent years, and the sport has made fantastic strides which the ANCYL commends. However, this latest act of siding with an oppressive regime such as Israel is a step backward.”

According to the complete book of Rugby, the game was brought to the country by British soldiers in Mandate times. This combined with an influx of Jews from around the world saw the game take off. Leo Camron was instrumental in aiding this. It declined in the 60s before the Israel Rugby Union was established in 1975.

It was ok for then Springboks coach Peter de Villiers and SARU President Oregan Hoskins to visit Israel in 2011.

But lets head back to Sayed’s perverse logic. South Africa a former apartheid state suffered due to sporting boycotts and because Israel Rugby had help from the old South Africa, the new one should boycott Israel Rugby. Wait What?

But let’s face it, this has nothing to do with rugby. After all, Sayed called for an academic boycott of Israel in 2019 and in 2014 wanted to kick out the Israeli Ambassador to South Africa.

Sport can build bridges but Sayed is more intent on burning them.

David Wiseman is the co-founder of Follow Team Israel – the premier source of news in English on Israeli sports.