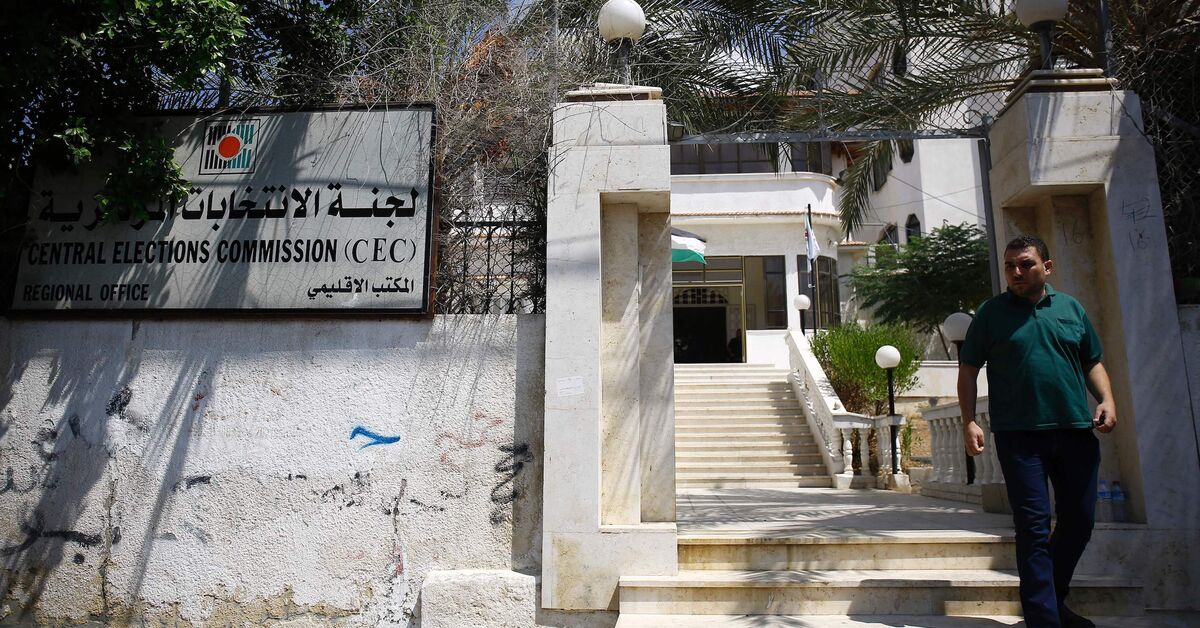 
While the majority of the Palestinian factions have registered their electoral lists for the legislative elections slated for May 22, Hamas waited for March 29 to submit its list.

The list included 132 candidates from the West Bank, the Gaza Strip and Jerusalem, including Hamas leaders, representatives of trade unions, women, young people, academics, prisoners in Israeli jails and others in exile.

Khalil al-Hayya, deputy head of Hamas’ political bureau, is heading the movement’s electoral list. He said in a press statement March 29 that Hamas wants to associate its list with Jerusalem and also include technocrats. He expressed hope that the elections would pave the way to ending the Palestinian division.

Though registration opened on March 20, Hamas presented its list just hours before the deadline on March 29. The movement spent the time in consultations at home and abroad and watched as other factions submitted their own lists.

Bassem Naim, a member of Hamas’ international relations office, told Al-Monitor, “Hamas is determined to represent all segments of society. … The electoral list also took into account the prisoners in order to highlight their cause at the international level.”

He added, “The list was not, of course, satisfactory to everyone. Hamas has internal and external standards to ensure fair distribution among its components. The movement has learned from its past experience, which included an oversight role of government officials in Gaza. Hamas expects to secure between 40 and 45 seats in the upcoming elections.”

Al-Monitor viewed Hamas’ electoral list, which has yet to be made public as the Central Elections Committee reviews it. A Hamas source said it was first called the “Change and Reform List,” indicating its social and economic goals, but the name was changed to a more political “Jerusalem is our Goal.”

The list includes a few of Hamas’ top leaders such as Hayya, Nizar Awadallah, Adnan Asfour, Raafat Nassif and Muhammad Abu Ter. The 2006 list had included dozens of leaders.

The are 88 Gazan candidates and 44 more from across the West Bank and Jerusalem, a disproportionate number from Gaza based on population, as Hamas anticipates many will be arrested by Israel by the time of the poll.

Two-thirds of the candidates are under the age of 40, most notably Ahmad al-Kumi and Raji al-Hams. None are very old.

There are no Christian candidates. The 2006 list included Christian leader Hussam al-Tawil.

Father Manuel Musallam, a member of the Christian-Islamic Committee in support of Jerusalem and the Holy Places, told al-Resalah newspaper March 29 that several Christian candidates were subjected to pressure and intimidation not to run on Hamas’ list.

Khater, one of the women on Hamas’ list, told Al-Monitor, “The candidates on the list reflect the geographical, political and professional diversity of the movement. Hamas is well aware that the next legislative council has great challenges to take on, in repair the damage of the past period and the ensuing division. We are also well aware that the electoral list in the West Bank faces major challenges with the anticipated Israeli arrests, but we will be ready to pay this dear price. We expect other factions to also stand up to Israel.”

“Hamas chose its candidates based on its previous parliamentary experience and learned from its past failures. Still, not everyone in the movement is satisfied with the list. But again, nothing is perfect,” she added.

Not many former members of the Palestinian Legislative Council were nominated, perhaps because Palestinians were unsatisfied by their past performance.

Prominent prisoners in Israeli jails include Nael al-Barghouti, Jamal Abu al-Hija and Hassan Salameh, suggesting that Hamas’ participation in the elections should not be taken as abandoning the path of armed resistance.

Sari Orabi, a journalist who covers Islamic movements, told Al-Monitor, “Hamas’ electoral list is diversified, which reflects the changes it has undergone as a result of the division. Yet it lacks candidates with political experience. Many candidates in the West Bank have abstained from political participation for fear of reprisal, which has weakened Hamas’ ability to build a political team. Also, the threat of arrest hinders the movement’s potential work in the legislative council.”

Hamas leader Jamal al-Tawil, a candidate for the al-Bireh constituency, said at a March 29 press conference that the Palestinian factions agreed during the February meetings in Cairo that the position of any PLC member to be arrested by Israel, will be filled via legal proxy or replaced by the next name on the electoral list, so as not to paralyze the council.

Iyad al-Qarra, former editor of the Gaza-based Palestinian daily Felesteen, told Al-Monitor, “Hamas’ electoral list has two dimensions: community, with youth, women and people with special needs as well as experts, and a national one, which is reflected in the nomination of prisoners, those in exile and the Jerusalem candidates.”

Hamas “hopes to achieve overwhelming victory, although according to estimates, the movement will secure only 30% to 40% of the PLC seats. Hamas is also seeking to make Hayya president of the next PLC,” he added.

Qarra went on, “Hamas has been holding meetings and debates with the public to evaluate its past electoral experience. Hamas has now sought to take into account the general popular mood.”