Dozens killed at stampede in Israel during religious celebration 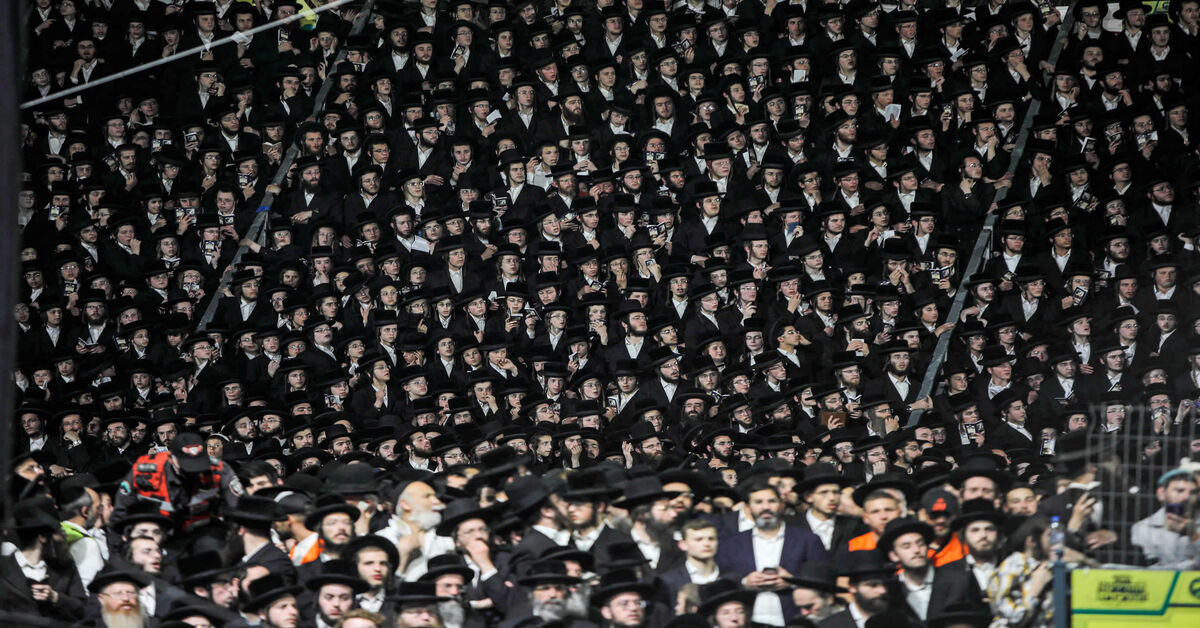 
At least 45 people were killed last night when a stampede broke out in a religious mass gathering in the north of Israel. More than 150 people were injured, with some of them in critical condition, including minors.

The incident took place during the Mount Meron religious bonfire-lighting ceremony for the holiday of Lag Ba’Omer. A preliminary investigation by police revealed that some people slipped on the large staircase outside the tomb of sage Rabbi Shimon Bar Yochai, where the main celebration took place. This in turn caused panic. More people fell, crushing beneath them others. Most of the dead were said to be from the Jerusalem Toldot Aharon Hassidic sect.

Shortly after the incident, a field hospital was set up at the scene. Some 250 ambulances and six army helicopters were dispatched during the night to Mount Meron, to evacuate the dead and the injured. It was only by 3 a.m. that the evacuation of injured was completed. At the same time, hundreds of buses were sent to the site, to evacuate the worshippers. Authorities estimate that more than 100,000 people attended the festivities.

This morning, Prime Minister Benjamin Netanyahu visited the scene, accompanied by senior police officers. Worshippers still at place booed Netanyahu, shouting angrily at him. In a video posted on social media, Netanyahu called for May 2 to be a national day of mourning for the victims.

Lag Ba’Omer celebrations — including festivities at Mount Meron — were banned last year due to the coronavirus pandemic. However, with the gradual lifting of restrictions this year, the Ministry of Interior and Israeli Police authorized festivities across the country. The Mount Meron gathering is traditionally one of the largest religious festivities in Israel.

President Reuven Rivlin called the incident a “heartbreaking tragedy.” European Union Commissioner on Foreign Affairs Josep Borrell was one of the first world leaders to react to the tragedy. His spokesperson issued this morning a statement saying, “The European Union expresses its deepest condolences to families and friends of the victims and to the people of Israel and extends its wishes for a quick recovery to those hurt.”

Police opened today an official investigation into what happened last night. “The Department for Internal Investigations will begin reviewing the events to see if there is any culpability on the part of members of the police in the disaster,” said a spokesperson of the police.

Politicians across the parties call for accountability and investigation. Public Security Minister Amir Ohana deflected criticism of the police, for allegedly failing to prevent last night’s disaster. “The police, under the command of the police inspector general, are doing the best they can to open the roads and enable the thousands of people who remain on the mountain to return home safely,” said Ohana.

Defense Minister Benny Gantz tweeted last night, “At this difficult hour, words cannot possibly offer comfort and cannot possibly describe the magnitude of pain caused by the terrible tragedy at Mount Meron. From the bottom of my heart, I share my deepest sympathies with the families who have lost loved ones and pray for the recovery of the injured. All night long, our security forces, Homefront Command rescue teams, the Israel Defense Forces Northern Command and the Israeli air force have worked alongside the police force and field personnel to save human lives. … We are wholly committed to investigating the failures, drawing the necessary conclusions and applying them going forward so that this type of tragedy never repeats itself.”