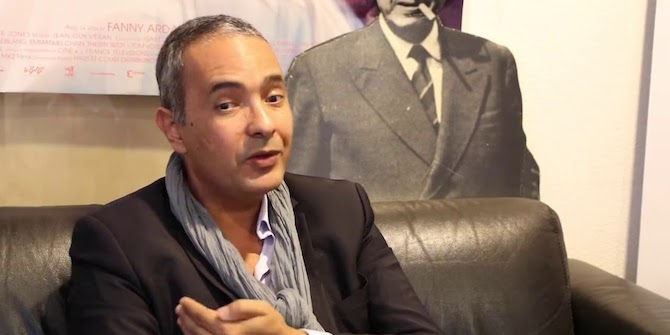 Algerian writer Kamel Daoud’s recent book-length essay Le peintre dévorant la femme (2018) emerged after his self-proclaimed two-year hiatus from international journalism in 2016. Daoud sparked international controversy in an article he wrote for Le Monde about the New Year’s Eve (2015) sexual assaults in Cologne allegedly committed by men described as ‘North African or Arab in appearance’. In the article, Daoud dissected radical Islamists’ discourse on women and attacked the naivety of the political left which, he believed, failed to recognise the cultural gap that exists between the West and (in this case) asylum seekers coming from the Arab-Muslim world. Daoud was publicly condemned by a group of academics in the French press for what they saw as a recycling of Islamophobic clichés harking back to orientalist fantasies and encouraging cultural essentialism.

What Daoud writes, then, has the potential to be inflammatory depending on who reads it, and where. The success of Le peintre in French literary circles in 2018 and 2019 suggests that his audience pool was reduced significantly, both in France and abroad, compared to his journalism in 2016. It is telling that the jury for the Prix de la Revue des Deux Mondes in 2019 was made up of almost exclusively white, male, conservative French journalists and academics. As such, the essay can be read as a facilitator in a performative conversation between Daoud, and the more bourgeois – potentially more republican (staunchly committed to secularism and mythological notions tied to revolution and enlightenment) – factions of French society. As they favour ‘Western’ cultural codes, these factions cannot see how Daoud’s text, particularly in the French context, has the potential to encourage cultural and religious essentialism.

In the essay, Daoud spends a night in the Musée national Picasso in Paris discussing a range of similar issues to the Cologne article: religious extremism; the meaning of art and representation; death and eroticism; and the relationship between East and West. Whether analysing Picasso’s representations of his lover and muse Marie-Thérèse Walter in 1932, or, reflecting upon his own relationship to images of women when he was growing up in Algeria, women capture a large part of Daoud’s attention.

However, when we remember those reading the essay are likely to belong to a particular socio-cultural milieu in France, Daoud’s representations of the gendered body and sexuality in the West compared to Muslim North Africa become problematic. Although Daoud can sometimes be seen as offering a ‘double-edged’ critique of Algeria since Independence and French neo-colonialism, his tendency to generalise Muslims from his own, Algerian, cultural context arguably at times plays to French (and more widely, Western) Islamophobic assumptions.

For example, when exploring the painting Femme assise dans un fauteuil rouge (1932), he takes Picasso’s violent deconstruction of the female form as a metaphor for female agency and sexual empowerment in the West. Whilst this can be read as an attempt to offer a progressive reading of Picasso’s erotic work, it is arguably problematic for contemporary audiences; it relies on a dated, heteronormative, and phallocentric version of human sexuality, much like the very monotheistic religions that Daoud attempts to criticise in his fictional and non-fictional writing. Foucault reminds us that the mere representation of sexuality does not equate to sexual liberation; yet, Daoud seemingly lets Picasso ‘off the hook’.

In terms of the gendered Muslim body in the text, Daoud tends to fall back on well-versed, Eurocentric tropes that represent Muslim men (living in Europe in particular) as young, sexually depraved, Islamist terrorists. This is especially significant within the context of contemporary French (and wider European) narratives about the refugee ‘crisis’ and political violence. Given Daoud’s positionality as an Algerian man raised as a Muslim, he offers a sense of legitimacy in how he represents Muslim masculinity to a French audience. For this audience, in particular, legitimising certain negative stereotypes of Muslim men means that there is no room for Daoud to critique how expressions of masculinity in Islam are often performed in much more nuanced ways.

Daoud also occasionally appears to oversimplify the experiences of Muslim women globally to speak for his own particular Algerian experience. In Algeria, this inevitably has different connotations; but, in the contemporary French context, where Islamophobia is growing, Daoud’s representations of Muslim femininity arguably fit widespread narratives suggesting Muslim women need to be ‘saved’ from patriarchal Islam by Western sexual ‘modernity’.

Daoud’s experience with various interpretations of Algerian Islam cannot simply be transposed to the European context without significant consequences for a French audience. We must constantly return to the idea of positionality and how words translate differently for audiences depending on their socio-political, cultural, and national context. Whilst we cannot deny Daoud’s personal Algerian experience, we cannot just view Daoud as a spokesperson for Algeria – and more generally Islam – simply because he is an Algerian man who has left practising his faith in the past.

The author is the winner of the Algerian Studies Master’s Prize 2020, awarded annually by the Society for Algerian Studies and the LSE Middle East Centre. More information on the 2020 awardees here, and to apply for this year’s competition see here.