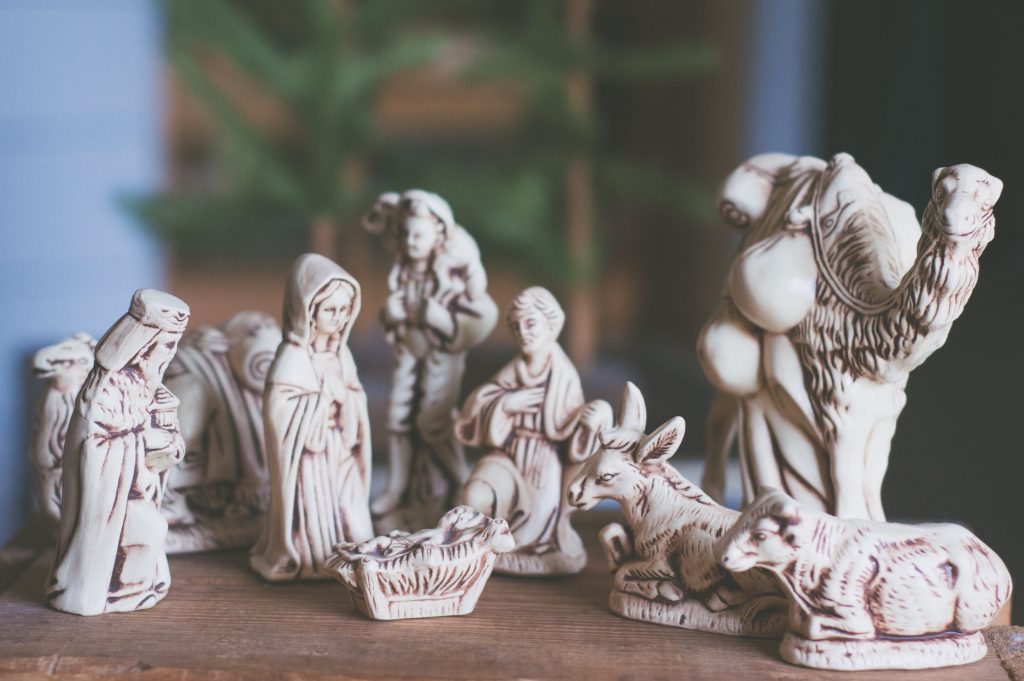 ‘January 7th?’ One might be wondering upon reading this article’s headline. As Christmas is widely known to be celebrated on December 25th all over the world, the January 7th Christmas date might seem odd to many – especially those who are not familiar with Coptic Orthodox traditions.

Contrary to the rest of the world, Egypt’s Christian population – the majority being Coptic Orthodox – celebrate Christmas on January 7th. That’s not to say that other Christian denominations such as Catholics and Protestants don’t celebrate Christmas on the 25th in Egypt – in fact, there are many people in Egypt who opt to celebrate both dates, whether that be for religious reasons or merely as a result of Western influences.

In any case, both of these dates hold a variety of differences, both in terms of history and traditions. However, it is also worth noting that they both ultimately celebrate the same thing at the end of the day – the birth of Jesus Christ. Let’s delve slightly deeper into the differences between these two Christmas dates.

Christianity involves a number of denominations, two of the main ones being Catholic and Orthodox. The differences between the denominations are rather minor, however one of the most felt differences is dates of certain holidays, which are usually only about a week or two apart.

Most Orthodox Christians for example, celebrate Christmas on January 7th as opposed to December 25th – today namely being the Coptic Orthodox Church (in Egypt) and the Russian Orthodox Church. The difference in these dates lies in the history of how these dates came about in the first place.

Prior to the 16th century, a calendar known as the Julian calendar was used which was a solar calendar adopted by Roman ruler Julius Caesar in 46 B.C. However, as time passed, the calendar’s calculations seemed to have a mishap and many came to the conclusion that it may have overestimated the length of the solar year by about 11 minutes.

As such, in 1582 a new calendar was introduced – the Gregorian calendar, which is what is widely used all over the world to this day. The new calendar however, meant that there would be an occasional overlap between Passover and Easter, which the Orthodox Church could not accept. They decided then, to continue following the dates of the Julian calendar.

Over the years, the differences in these two calendars meant that certain religious holidays would fall under two different dates, which is essentially why the majority of the world celebrate on December 25th, in accordance to the Gregorian calendar, while a few Orthodox Christians celebrate the birth of Jesus Christ on January 7th, in accordance to the Julian calendar.

There has been much debate throughout the years over the differences in these two calendars and the full-on adoption of the Gregorian calendar for all, debates that have integrated politics as well as religion. One can read further on the matter through this National Geographic article.

Other than the history of the differences between these two dates, traditions also vary when it comes to the way Christmas is celebrated all over the world. Every region of the world has its own set of traditions that are deeply rooted in culture and history – however, it is particularly evident in the way that most people celebrate Christmas on December 25th and the way it is celebrated on January 7th.

It is safe to say that the December 25th Christmas date has commercialized over the years, making it less about religious-based traditions and more so consumer-based traditions. This is evident in the tradition of gift-giving, as well as everything in between – from watching certain Western Christmas films every year to having hot chocolate and gingerbread cookies, not to mention all the effort that goes into Christmas decorating.

Gift-giving is not necessarily practiced as a Christmas tradition in Egypt – that is to say, it is not usually what most Copts do during Christmas time – however, it is still carried out amongst certain (usually upper class) demographics, perhaps as a result of Western influences.

While these may not necessarily be religion-based traditions, they are considered wholesome and reflecting the essence and spirit of Christmas. Much like the calendar it is based off, the traditions of the January 7th Christmas date may still reflect old traditional values that are rather more religion-based.

Those who celebrate Christmas on January 7th for example, usually take part in a 43 day fast prior to Christmas Eve, which involves a vegan/pescatarian diet. This fast is meant to eliminate certain worldly pleasures and distractions so that one may better reflect on the period of time leading up to the birth of Jesus Christ.

Other than the fast, there are also a few other culture-specific differences in terms of the food served on Christmas Eve and other such cultural traditions that are specific to the country the holiday is celebrated in. In Greece for example (a largely Greek Orthodox population), many people enjoy traditional Christmas dishes such as Christopsomo (special spiced Christmas bread) and melomakarona (a Christmas dessert made of mainly flour, olive oil and honey). In Egypt however, Christmas dinner is usually comprised of traditional Egyptian dishes such as stuffed vine leaves and fattah (toasted bread with rice and some type of meat), as well as turkey.

While it may seem as though there are a number of differences between these two dates, there are surely universal aspects that tie the two together. For one, they both ultimately mean to celebrate the birth of Jesus Christ and they are always a heartwarming time of year.

Christmas is a time when one takes a few steps back to reflect on what really matters in life, and be grateful towards the many blessings one may possess. It is a time of unity, and no matter what date one may celebrate it on, the Christmas spirit is always felt.