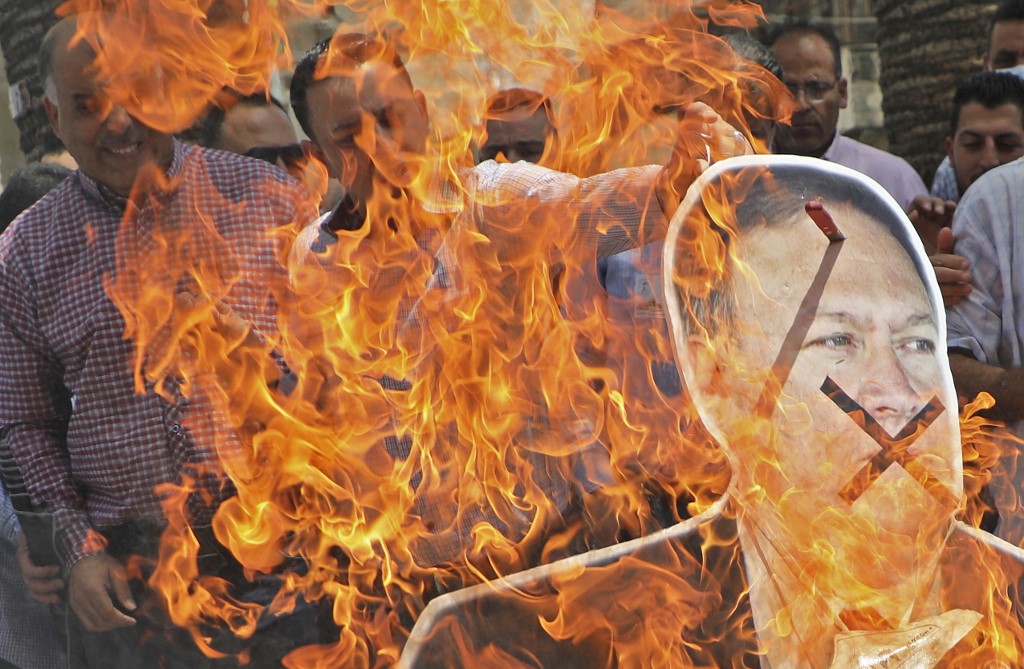 Pompeo would become the first State Department head to visit one of Israel’s settlements, which are considered illegal by most of the international community.

The visit, set for next week, is a way to “legitimise the settlements” that will create “a dangerous precedent that violates international law”, Shtayyeh said on Friday, as quoted by the Palestinian state news agency WAFA.

PLO executive committee member Hanan Ashrawi and the PLO Department of Public Diplomacy and Policy, which she heads, have also condemned Pompeo’s plans in posts to Twitter.

“After overseeing a shift in US policy to full complicity in Israeli #WarCrimes, outgoing @SecPompeo will visit an illegal Israeli settlement built on stolen #Palestinian land in Al-Bireh city near Ramallah in a bid to advance his personal political plans,” the department tweeted.

Hussein al-Sheikh, a member of the Palestinian Fatah movement’s central committee, tweeted on Friday that Pompeo’s planned visit to settlements is a “challenge to international legitimacy”.

“The visit represents a challenge to the positions of all previous American administrations, which emphasised the illegality of [Israeli] settlements in the occupied Palestinian territories,” he wrote.

Pompeo’s visit to Israel comes exactly one year after he said the US did not consider Israeli settlements on occupied Palestinian land to be illegal, putting Washington at odds with UN Security Council resolutions.

Israel unilaterally annexed the Golan Heights in 1981 and aimed to annex the West Bank in July, before postponing the plan amid US-led normalisation deals with the UAE and Bahrain.

Pompeo is expected to visit the West Bank winery of Psagot, which announced earlier this year that it had rolled out a label named after him in a show of appreciation for his pro-settlement work.

The winery is one of several in which US evangelical Christians volunteer to help Jewish farmers harvest their vineyards. Last year, it unsuccessfully challenged a European decision to put a label on all products that come from West Bank settlements.

Groups critical of Israel to be branded ‘antisemitic’ under Pompeo plan: Report

The State Department has not confirmed Pompeo’s itinerary.

In a statement earlier this week, the department said only that he would visit Israel and meet with Prime Minister Benjamin Netanyahu to discuss “efforts to address Iran’s malign activities” during a regional tour.

Pompeo’s trip comes two months before the inauguration of President-elect Joe Biden, who has criticised Israel’s settlements in the past.

Aaron David Miller, a veteran US diplomat in the Middle East, tweeted that Pompeo’s visit “isn’t about Trump or Bibi’s politics; it’s about Pompeo and 2024”, referring to Netanyahu by his nickname.

Pompeo has made little secret of his aspirations for higher office and has frequently pointed to his support of Israel, a major cause for his Republican Party’s evangelical Christian base.

Next week’s trip would be one of many precedent-breaking moves made by Pompeo and the Trump White House.

In March 2019, Trump signed an executive order recognising Israel’s control over the Golan Heights, citing a “critical strategic and security importance” to Israel. The next month, Netanyahu announced plans to establish a new Israeli settlement in the Golan Heights named after US President Donald Trump called “Trump Heights.”

In November that same year, the Trump administration said that it no longer considered Israeli settlements in the occupied West Bank to violate international law, going against broad diplomatic consensus.

Prior to this year’s presidential election, Pompeo addressed the Republican National Convention from Jerusalem, which his administration recognised as the capital of Israel in 2017.

Pompeo drew outrage from the Democratic Party, which lambasted him for using diplomacy for political advantage.

About 450,000 Israeli settlers live in the occupied West Bank with access to more land than its 2.8 million Palestinian residents.

Re: Saudi to pay millions for Sudan to accelerate normalisation with Israel

Erdogan distracts from plummeting lira with call to boycott France