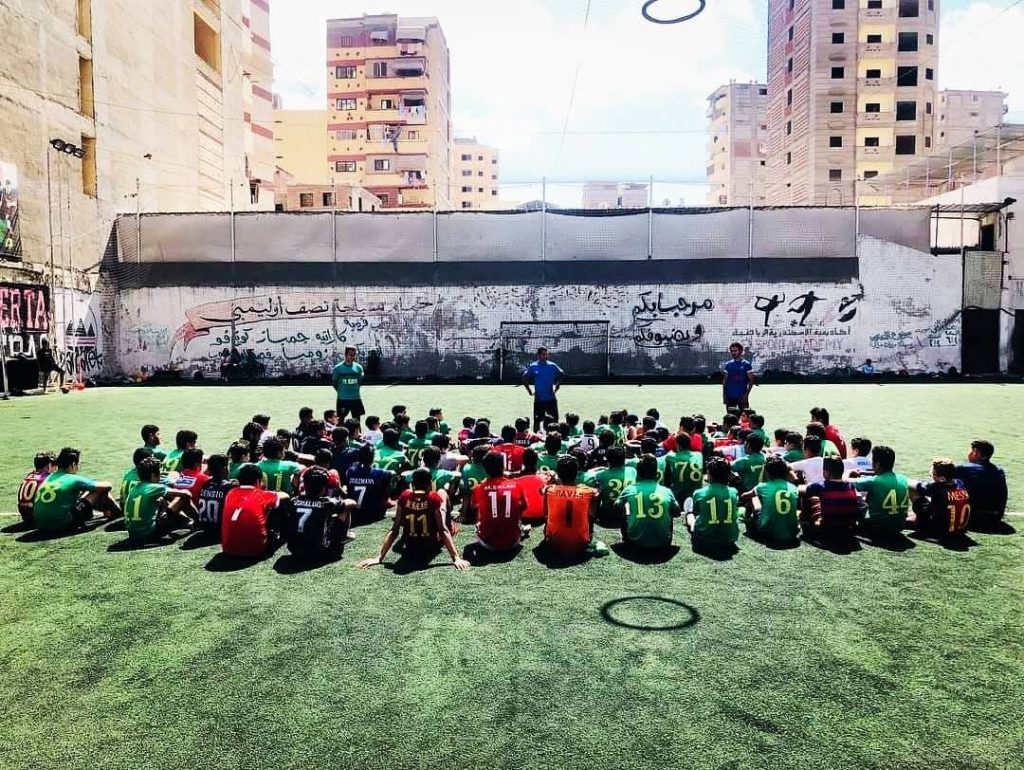 “You should change your name” or “will call you back” have reportedly been the typical answers junior Coptic footballers receive when attempting to secure a place in any of the Egyptian Premier League clubs, and subsequently the national team.

Although Coptic Christians comprise 10 percent of Egypt’s population, if not higher, “not a single Egyptian Christian player, coach or trainer can be found on any club in the country’s premier league” stated a complaint lodged by the US-based Coptic Solidarity Organization with the FIFA in 2016 regarding alleged discrimination against Coptic athletes in sports industry in Egypt, but to no avail.

When allegations of discrimination surface, Hany Ramzi’s story comes along as refutation. For instance, in an interview with Reuters in 2019, Karam Kordy, a member of the Egyptian Football Federation, denied any alleged discrimination in the industry followed by citing Hany Ramzi’s case.

Ramzi, the Coptic Center Back who played for Al Ahly Club, one of the most prestigious clubs in the Premier League, from 1987 to 1990 as well as for the national team from 1988 to 2003, before managing the Egyptian Olympic National Team in 2012, contended that the slight footprint of Coptic footballers could be traced to the reluctance of Christian families to send their kids to trials out of fear they could be rejected because of their religion.

“For years, nobody was aware I was Christian, and it never mattered. I do not deny that some players are sectarian, but this is extremely rare, and we do not want to generalize. I spent 20 years in football in Egypt and never had a problem,” said Ramzi. However, close scrutiny proves otherwise.

In an interview with Kerollos Rashad, an amateur footballer whose name clearly indicates his Coptic identity, Kerollos recounted his story of abandoning his dream of going professional on account of religious-based discrimination. Kerollos said he successfully passed the trials of a second division local team in Cairo, a phase in which no names were yet to be declared.

Once his identification document revealed his name along with religion, Kerollos was casually informed by an official that it was impossible to go any further, unless he changed his name. Discontent, Kerollos set his mind to give his aspirations another attempt in Al Ahly Club. His bid, however, was turned down by the coach of junior goal keepers, Ekramy Al Shahat, who happens to be a former legend goalie. Kerollos contended that Shahat is notorious for his stance against recruiting Copts in Al Ahly Club.

Another testimony against Shahat’s alleged discrimination came from Mina Essam who, according to his father’s account of events, was rejected after making his way through several tests due to his religious identity. “This boy will never be admitted to the field” said Al Shahat according to Mina’s father.

Eventually, Kerollos resorted to a municipal club in Beba province, Beni-Suef governorate where he recounted his alienation and constant benching given his inability to pray Al Jumm’a Prayer or recite Al Fateha as his Muslim peers did before games, rendering him an anomaly. He subsequently abandoned the club after 2 months and his dream of going professional ever since.

The list is endless, yet varies in how scathing and dismal rejection is. To an extreme degree, Remon Zakhry recounted his venture, to Mada Masr, of applying to join a team representing Upper Egypt in a local championship in 2015 where the coach did not spare an effort to discriminate against him because of his religion. This included asking him “why do you play football? You (Christians) have no connection to football,” avoiding pronouncing his Christian name out loud, disparaging his beliefs and even attempting to convert him to Islam.

To offset this glaring course of action, the Coptic Church has launched an annual tournament that brings teams from across Egypt, each representing a church from all districts of the republic. The triumphant team gets crowned in a ceremony led by the pope. This is arguably the only space through which Coptic Christian footballers can feel the spirit of competition and take their finesse to new heights.

“I didn’t know why I grew up only playing at church. Why can’t I be like the people I see on television or my friends from school who play for this club or that? I realized that this is not my own fault. It turns out this has been a problem in Egypt for over 50 years,” said Mina Bindari, the founder of Je Suis football academy for Copts, whose football dream was shattered on the gates of Al-Ittihad Al Eskandary Club in Alexandria.

“The discrimination against Christian players in Egypt does not come from the government or from the football federation, but rather from clubs and coaches. There are some coaches in Egypt, most of whom are in the junior divisions, that I would describe as having sick minds, with a lot of hatred and racism against Christians in their hearts,” said Bindari.

“This is not an impossible statistical anomaly, but instead is the product of deep-rooted discrimination that exists in the administration of athletics and football in Egypt, and in Egyptian society at large” as cited in Coptic Solidarity’s statement. In other words, bigotry has had its tentacles well entrenched within the administration of football in Egypt, specially within the scouts and team managers, for the conundrum to take place.

Ways to shed light on the issue

Although previous reports have shed light on the problem, no prominent reaction has been recorded yet. However, with sweeping winds of change observed across Egypt on different fronts thanks to the growing power of social media, further calls through hashtag #football4all could hold sway on the Ministry of Youth and Sports or the Egyptian Football Association to investigate and undertake structural changes in the whole system. In addition, the church could wield its close ties with the president to lobby against the scourge.

With Mo Salah having the world at his feet, the likes and aspirations of Muslim juniors are leaping, unlike their Coptic counterparts who are left disheartened grabbling with an indomitable local challenge. Prioritizing religious affiliation over competency and efficiency does no good but detriment the social fabric and waste raw talents that could indeed augment the national team’s capabilities.

In a strategy to secure a place among world titans in football, in 2017, the United Arab Emirates’ leadership enacted a decree allowing foreigners to represent the UAE on various fronts. When it comes to football, three South Americans, already granted Emirati passports, will put on the Jersey of the UAE. That means expat kids from different faiths will have a chance of going professional in the league and the national team after being seconded to Emirati talents. Overall, widening the scope of selection is by all means a win-win situation to all parties involved.

A Qatari athlete and an Italian one are being praised for agreeing to share a gold medal at the Olympics.  On Sunday, Qatar’s Mutaz...
Read more
Sport

Saudi judoka Tahani Al-Qahtani learned her first round opponent in the Tokyo Olympics would be Raz Hershko of Israel, a country with which...
Read more
Sport

The 3-0 victory over China by Turkey's “Sultans of the Net,” the national women’s volleyball team, on July 25 at the Tokyo Olympics lifted national...
Read more