Can Egypt avoid being harmed by second filling of Nile dam? 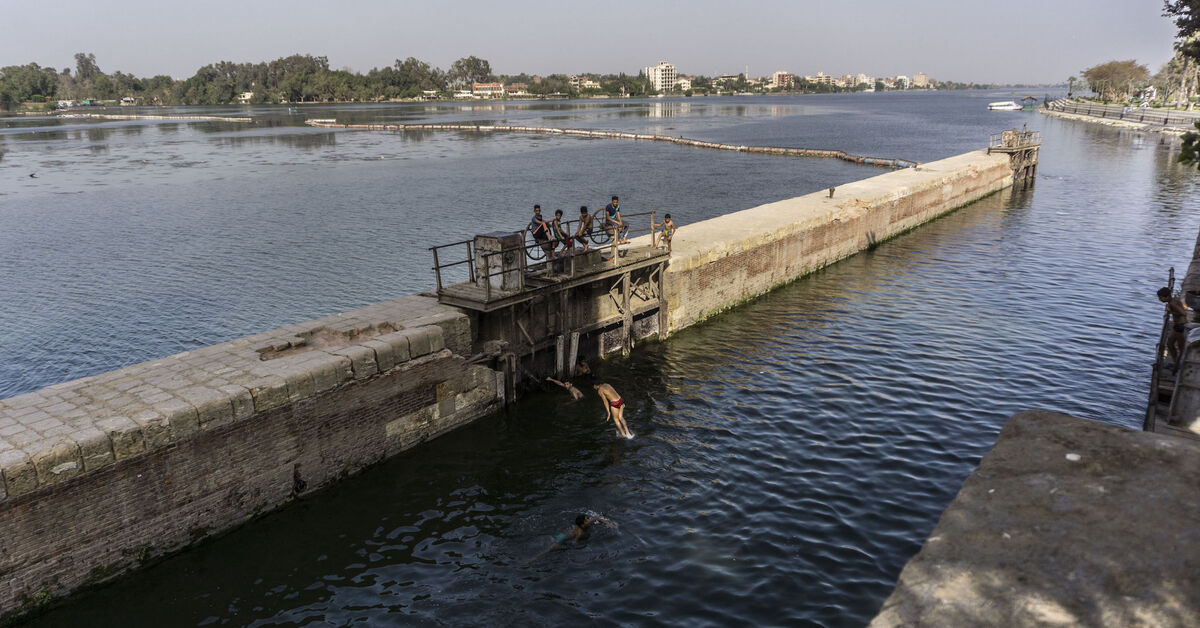 
CAIRO — Egyptian Foreign Minister Sameh Shoukry recently spoke about the government’s ability to overcome the second filling of the Grand Ethiopian Renaissance Dam without damaging Egyptian water security. At the same time, however, his Foreign Ministry and the Egyptian Water Resources Ministry warned about the dangers of Ethiopia’s unilateral measures and the filling of the reservoir. These conflicting statements raised several questions about how to deal with the second filling of the hydroelectric dam in such a way as to cause the least possible harm to Egypt’s water resources.

In televised statements made May 19 on the sidelines of a Paris conference to drum up international investment for Sudan, Shoukry reassured the Egyptian public about the second filling of the dam.

“We have confidence that we can deal with the second filling by adopting tight measures in managing our water resources,” he said.

Shoukry’s statements — hailed by Ethiopia — raised many questions about the second filling of the dam and its threat to the downstream countries of Egypt and Sudan, which had escalated their political and diplomatic efforts after negotiations with Ethiopia collapsed and no binding agreement was reached on the dam. President Abdel Fattah al-Sisi had even warned of the risk of conflict in facing any action that would affect Egyptian water security.

Despite Shoukry’s reassurances, Egyptian Foreign Ministry spokesman Ahmed Hafez issued a strongly worded statement on the ministry’s Facebook page May 20 condemning “Ethiopia’s endeavours to abort the ongoing efforts by international and African mediators to resolve the dam crisis and the desire to impose a fait accompli on the two downstream countries, which Egypt refuses.”

“Ethiopia’s insistence on completing the second filling stage bodes ill for the country’s intentions, as it embarks on an irresponsible act that exposes the two downstream countries to great risks,” the statement added.

And Mohamed Abdel Aty, Egypt’s minister of water resources and irrigation, said in a televised statement May 19 that filling the dam “is a shock that will reduce the amount of water flowing to Egypt, especially in the event of a natural drought.”

He said, “There are three different scenarios as far as the second filling is concerned. If the flooding is high, there would be an overflow of the strategic reserve in Lake Nasser, and Egypt’s water share would not be affected. If the flooding is at a medium level, the remaining water from the reserved quantities behind the dam would be shared with Sudan, and the impact may be of low risk to Egypt. The third scenario, which is the most difficult, unfolds when the second filling coincides with a natural drought, as this would result in a more severe drought.”

The Egyptian government is carrying out several costly projects to cope with the expected repercussions from the Ethiopian dam and climate change and to meet the increasing needs and requirements of a growing population based on a national plan to manage water resources from 2017 to 2037. The plan consists of establishing two large plants for wastewater treatment to be used for agriculture, establishing 120 stations to mix treated water with groundwater and meet the needs of the agricultural sector, developing more irrigation systems and switching to more modern irrigation at a cost of 40 billion Egyptian pounds ($2.55 billion), as well as building canals and carrying out a huge project for lining canals along 20,000 kilometers (more than 12,000 miles) at a cost of up to 80 billion Egyptian pounds ($5 billion).

It is not the just the state that is paying the price for this effort to preserve water. A number of farmers across the country were affected by water-rationing decisions, as thousands of acres could not be planted with rice, banana and sugar cane as they are water-intensive crops. The ​​rice cultivation area has been reduced to 700,000 acres from more than 1 million acres in 2017.

Ali al-Bahrawi, a professor of hydraulics and water at Ain Shams University, told Al-Monitor the impact of water storage at the Ethiopian dam “depends on the quantities of rain and the quantities of water that Ethiopia will release from the dam, in addition to the dam’s operation rules during and after the years of filling.”

He added, “The strategic water reserve in Lake Nasser may achieve [a level capable of] overcoming any potential shortage of water in the near term due to the second filling.”

Bahrawi said he is counting on the massive projects that the Egyptian state has recently implemented to increase water resources and conserve available resources.

He warned of the economic and social impacts of water rationing plans “amid the government’s attempts to prioritize the urban use of water resources. But there would be very serious social impacts if the water supply to the agricultural sector is affected, as this benefits a large proportion of Egyptians working in the sector,”

Peter Riad, an assistant professor at the Irrigation and Hydraulics Department at Ain Shams College, told Al-Monitor, “Ethiopia is managing the annual filling of the [dam’s] lake in an incorrect, unilateral way at the two scientific and practical levels.” He said that the timetable for filling of the dam should not be determined in advance, as this could harm downstream countries, but rather be determined by the volume and flow of the Nile from year to year.

He added, “Measuring the effect of the second filling on Lake Nasser in Egypt depends on several factors, including the size of the flooding (which it is too early to measure now), the water level in the lake and the success rate of the rationing plan implemented by the Ministry of Irrigation.”

Riad warned of “heightened risks if the river enters into a state of drought extending for successive years and in the event Ethiopia insists on the same storage plan.”

He said mathematical models indicate the level of Lake Nasser could fall to 159 meters above sea level following 4½ years of continued filling of the Ethiopian Dam. He said this a critical level for Lake Nasser as it could cause “an acute shortage of electricity generation amid a failure to meet the irrigation needs of more than 8 million acres in Egypt. What’s more, recovering the natural level of Lake Nasser will depend on the flooding volume” and how much water is used in Ethiopia and Sudan.

Despite attempts to mitigate the possible shock of the second filling on water resources in Egypt, Cairo’s concerns over the possibility of a drought and the inability to compensate for any shortfall in the strategic reserve from Lake Nasser remain the biggest concerns amid Ethiopia’s insistence on completing its plan to fill the dam reservoir without signing any binding legal agreements to share data and cooperate in the filling and operation of the dam.

Normalisation, the Poisoned Chalice that Shows the UAE Must Return to Diplomatic Neutrality