Calls to get rid of Ottoman legacy emerge in Egypt 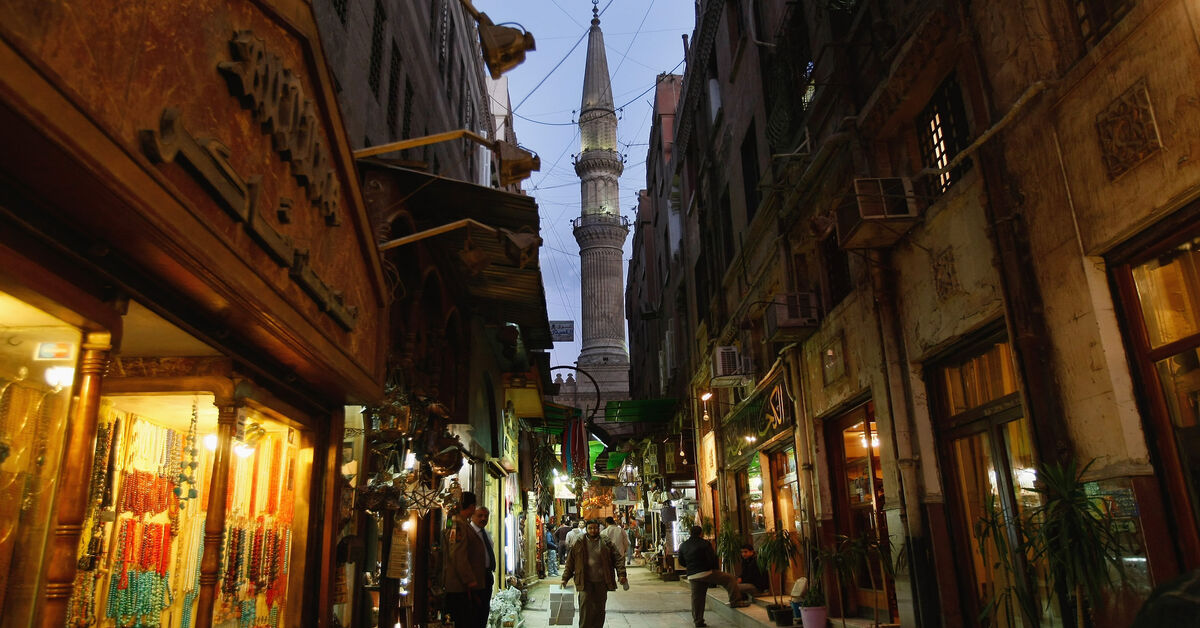 
CAIRO — The months of March and April carry sad memories for Egyptians who are keen to preserve Egyptian nationalism. March 30 marked the 504th anniversary of the arrest of Tuman Bay, the last sultan of the Mamluk Sultanate in Egypt and the last leader of the Egyptian resistance movements against the Ottoman invasion of Egypt (1517-1914). On April 15, 1517, he was executed by Ottoman Sultan Selim I.

Egyptians, particularly the cultural elite, would write articles in March and April of each year denouncing the Ottoman invasion and the actions of Selim I. This year, Helmy al-Namnam, a former Egyptian minister of culture, took an advanced stance and called for the need to review the manifestations of the Ottoman occupation of Egypt and get rid of some, namely the usage of the title Mufti al-Diyar al-Misriyya and only using the title of the Grand Mufti of Egypt, as well as changing some street names such as Selim I Street in Cairo governorate.

Namnam said in a press statement March 15 that the word “diyar” was used by the Ottomans to denote Egypt as a state under their authority, or “ayala” (the largest administrative and military unit in the Ottoman Empire).

Many social media activists reacted to Namnam’s statement, some even calling for criminalizing the use of surnames of Turkish origin such as “pasha” and “bay,” which are titles that Egyptians routinely use in their daily lives.

Wajih Ateeq, a professor of history at Cairo University, told Al-Monitor that many street names and some villages in Egypt are indeed Turkish in origin, the most famous of which being al-Uthmaniyah village in al-Gharbiyah, and the streets of al-Mobtidian (meaning elementary in Turkish) and Aga Khan (a Turkish-Mughal title meaning one of the king’s princes; agha means master or prince in Turkish, and khan means king in the Mughal language).

Speaking about the origin of the title Mufti al-Diyar al-Misriyya, he said that the position was known by this title since the era of the Ottomans, who appointed a mufti for each ayala, but it is not the official name for the position. He said the official name has been Grand Mufti of Egypt since the era of Khedive Ismail, who established the Egyptian Dar al-Ifta in 1895 as an independent body from any Ottoman fatwa, after he obtained de facto independence from the Ottoman Caliphate, despite his nominal subordination to it.

Ateeq added, “Egypt was able — in light of the successive caliphates, such as the Umayyads, Abbasids and Fatimids — to obtain administrative and political independence at the hands of its sultans and rulers, except during the Ottoman era. This is due to the fact that the Ottomans burdened Egypt with taxes that were levied in favor of the Sublime Porte in Istanbul to always impoverish Egypt and ensure that it would not be able to obtain any margin of freedom. Selim I committed many massacres, killing over 50,000 Egyptians, according to some historical references.”

Abdel-Khabir Atta, a professor of political science at Assiut University, told Al-Monitor that the campaigns calling for eliminating all Turkish manifestations in Egypt, including street names and titles, are not only caused by the history of the Ottomans in Egypt but also the attempts of the Turkish President Recep Tayyip Erdogan’s regime to reproduce the Ottoman Caliphate in a modern way by imposing its influence on the Arab countries and interfering in their affairs.

The political differences between Egypt and Turkey began when Erdogan condemned the ousting of former Egyptian President Mohammed Morsi, Turkey’s ally and a member of the Muslim Brotherhood, on July 3, 2013, considering this a military coup. Morsi was ousted following popular demonstrations, believed to be the largest in the history of Egypt, which demanded early presidential elections.

Relations between Egypt and Turkey further worsened in 2019 and 2020, due to Turkey’s military intervention in Syria, Iraq and Libya, which Egypt condemned on many occasions, and because of Turkey’s gas drilling activities in the Mediterranean in areas that Egypt considered part of Cypriot and Greek economic zones, according to the agreements delineating the maritime borders between Egypt and the two countries signed in 2004 and 2020.

There have been many attempts to change the Ottoman street names in recent years. In February 2018, Cairo governorate issued a decision to change the name of Salim I Street, since he was a colonizer, according to the governorate’s statement; the decision was not implemented for unknown reasons. In May 2020, social media activists claimed the street’s name was changed, but Ibrahim Awad, official spokesman for the Cairo governorate, denied the rumors.

Speaking about the reasons for keeping the name of Salim I Street, a source in the General Court of Cairo Governorate told Al-Monitor on condition of anonymity that the issue of changing street names is complicated because their names would have to be changed in all official documents, including maps, urban planning and the census, in addition to changing the registered addresses in all the official records of companies and schools and any establishments located there. He noted that citizens would also need to amend the street name of their place of residence on all their personal documents and notify all the concerned authorities.

“Randomly changing street names in the past has led to many problems for citizens who no longer received judicial notifications and summons or letters from recruitment agencies or any government agency as a result of changing street names without notifying all concerned parties and without modifying addresses in their personal documents. This is why the committee concerned with identifying street names in Cairo governorate, which is directly affiliated with the governor, decided to postpone the implementation of the decision to change the name of Selim I Street,” the source noted.

Atta believes that the cultural elites in Egypt would remain committed to getting rid of the Ottoman legacy in Egyptian culture and daily life, even if Egypt and Turkey were to reconcile, as some doubtfully expect, “because the elites have become more aware of the danger of that legacy on Egypt’s identity and independent nationality.”

Egyptian-Turkish relations are witnessing a slight improvement after the Turkish authorities requested Muslim Brotherhood-affiliated channels that broadcast from Turkey to stop airing some political programs that focus on criticizing the Egyptian regime. On March 12, Turkish Foreign Minister Mevlut Cavusoglu announced reopening diplomatic communication channels with Egypt for the first time since 2013, when the Turkish ambassador was expelled from Cairo.