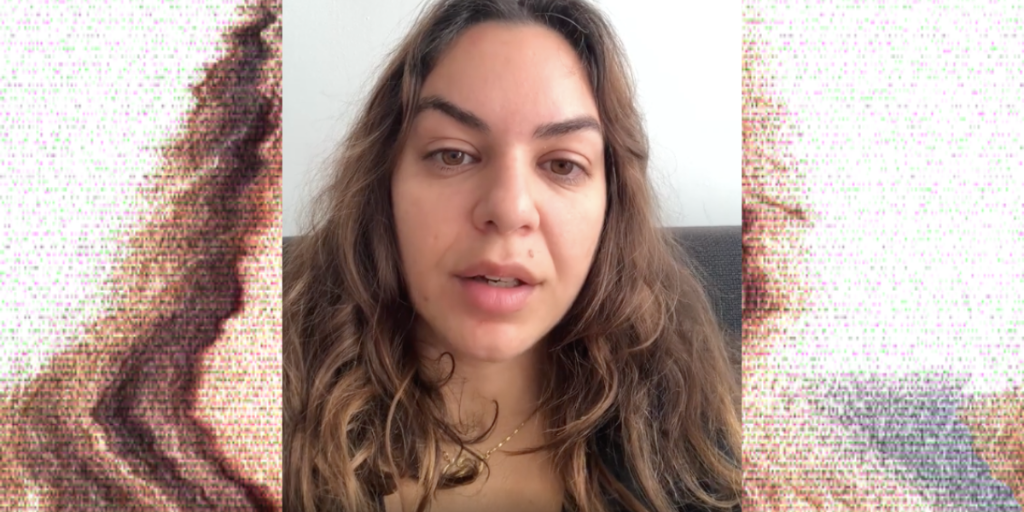 The subject of marital rape made recent headlines in Egypt after Nada Adel, the owner of local fashion brand Nada Adel Apparel, took to Instagram on the 18th June to speak up about marital rape allegations against her ex-husband singer Tameem Youness.

This isn’t the first time the subject of marital rape made national headlines this year; Ramadan TV series Leabet Newton (Newton’s Cradle) stirred up the debate when an episode portrayed one of the characters attempting to force himself on his wife. Actress Mona Zaki, who played the wife in the marital rape scene, later discussed how pleased she was to shed light on the topic and explained that young girls need to know that their bodies are their own, even after marriage. “We aren’t animals. Even animals don’t do that,” she said on MBC’s Al Hekaya Program in May.

However, it is Adel’s video that took the debate from TV screens to reality, with many prominent figures in Egypt now calling for urgent legislative change, such as TV personality Amr Adeeb and actress and singer Somaya El Khashab.

In the emotional video that has gone viral since its publication on Instagram, Adel expressed her sadness about how marital rape was not criminalized in Egypt. She explained how it took her a year to confront her ex-husband who she implied had raped her, and how she was unable to take legal action against him. Adel explained that her objective behind posting the video was to start a conversation about the subject in the hopes that it might help catalyze legal changes that could eventually result in the criminalization of marital rape.

“I feel sorry for myself because I can’t complain and don’t have a case because there is no [law] to protect me,” she said in the video.

At the time of writing this article, the video had gotten more than half a million views and the Arabic term for marital rape (إغتصاب زوجي) was trending on Twitter with more than 5,000 tweets discussing the topic. While many sympathized with the victim, others mocked her allegations and questioned her claims; it is an ongoing example of the backlash women in Egypt face when calling out their abusers and harassers. Adel’s ex-husband, whose name was also trending on Twitter, responded by posting an Instagram video denying the allegations on the 18th of June.

According to the 2014 Egypt Demographic and Health Survey, three out of ten married women have experienced some form of spousal violence, and four percent of the women interviewed revealed that they were forced by their husbands to perform sexual acts when they didn’t want to. These numbers are likely underreported as some of the women interviewed were not able to obtain an appropriate level of privacy where they were comfortable discussing potential abuse. Yet, a report on Gender Justice and the Law in Egypt published by ESCWA, UNFPA, UN Women, and UNDP revealed that marital rape is “not considered a crime under the constitutional principle that there is no crime and no punishment except as authorized by a legal text.”

Speaking with Egyptian Streets, senior lawyer and chairwoman of the Egyptian Centre for Women’s Rights Nehad Abo El Komsan says that if a woman experiences marital rape, she can resort to khulaa (a process through which a woman can divorce her husband in Islam) or civil divorce if the latter option is available for her. While the khulaa process requires fewer procedures and can be completed faster than divorce, it requires a woman to forfeit her financial rights. For Christians in Egypt, divorce is only permissible when meeting specific criteria, with the Coptic Orthodox Church limiting the grounds for divorce through the Church’s Personal Status Law.

While Egyptian law does not explicitly recognize marital rape, it recognizes other forms of rape such as defilement (sex with a woman through the anus, since it is forbidden in Sharia law). Egyptian law also criminalizes rape that does not occur between spouses and the severity of a rapist’s sentence could be increased if the rape was preceded by assault or battery.

Some conservatives and religious figures in Egypt consider sexual intercourse a marital “duty” that must be fulfilled by the wife. Although rape is illegal in Egypt according to Article 267 of the Egyptian Penal Code, the reason why marital rape often goes unpunished is speculated to be due to Article 60, which states that “the provisions of the Penal Code shall not apply to any deed committed in good faith, pursuant to a right determined by virtue of Sharia law.”

According to Abo El Komsan though, Article 60’s applicability to marital rape would be inconsistent with Quranic text. This, she explains, is evidenced by the Quranic verse “إمساكٌ بمعروفٍ أوْ تسريحٌ بإحسانٍ” (keep with kindness or let go with kindness) from Surat Al Baqarah.

Abo El Komsan notes that the term ‘marital rape’ in itself is yet not well understood, adding: “Many ask the question ‘How is it rape when the purpose of marriage itself is to permit a sexual relationship with one another?’ Yet, there is nothing in the marriage contract to prove that it is also permissible to force sexual intercourse and abuse the other person’s freedom, and in the case of compulsion, then this violates the terms of the marriage contract.”

In a now-deleted Instagram video, Egyptian lawyer Noor El-Gohary also weighed in on the issue, explaining that the Court of Cassation believes rape is only applicable if the relationship between both parties is illegitimate, making marital rape unpunishable by law since the relationship is legitimate in the eyes of the state. She noted that the Egyptian Parliament should rephrase Article 267, which provides a short-term penalty of hard labor for cases of sexual assault on women. The sentence can be increased to life imprisonment with hard labor if the assailant is “an ascendant or guardian of the victim or her supervisor or is working in her home,” which El-Gohary believes should include husbands. She urged viewers to contact the Public Prosecution Office and members of Parliament about the issue.

Until 1999, Article 291 of the Egyptian Penal Code stipulated that male rapists were exonerated of their crimes if they married the victim. This issue also applies in a global context, with recent UN Women research revealing that several countries do the same, including Iraq and Malaysia. The research also reported “the home is one of the most dangerous places for women” and that only four in 10 countries criminalize marital rape. Similarly, the World Health Organization states that one in three women are “subjected to physical or sexual violence by an intimate partner or sexual violence from a non-partner.”

Several celebrities and public figures have spoken about marital rape after seeing Adel’s video, including El Khashab who tweeted: “Raping a wife is the same as raping a stranger or a girlfriend, and the rapist is a criminal because they are violating human rights by violating a person’s body.” She called for the criminalization of marital rape in Egypt.

Adeeb commented on Adel’s video in his program Al Hekaya, stating that “the foundation of the marital relationship is affection and mercy; when a man demands what is referred to as his [marital] rights, it should be within an ethical context.” He urged viewers to sympathize with Adel, noting that some sheikhs still insist that a man is entitled to his wife’s body. He called out for legislators, the House of Representatives, and the National Council for Women to shed light on the subject of marital rape, noting that there should be procedures for proving marital rape.

Some social media users have questioned whether marital rape can be proven with evidence, as the lack of a wife’s consent may be difficult to prove since the spouses may have had consensual sex numerous times. However, Abo El Komsan affirms that scientific developments, such as muscle sensors, have allowed prosecutors and lawyers to obtain substantial evidence of detecting torn muscles that imply that the woman exerted effort in defense or attack.

Abo El Komsan further commented on the issue by explaining that sexism encourages society to discount a wife’s side of the story and believing that of her husband’s. “No one ever starts the discussion by asking “Why is she not happy? What is the main reason behind her refusal of sex? And what is it that actually makes her happy and how can the man change his behavior to make her happy?” she says.

“Treating the woman as a mere sexual object without any right to sexual pleasure or desire, or that she should have space to express her own sexual pleasures, is another reason why justifications for marital rape continue to arise,” Abo El Komsan adds.

Despite making headlines twice this year, legislators in Egypt are yet to criminalize marital rape. Like Adel, many women feel helpless and unable to speak out against their alleged abusers out of fear that the law is not on their side.

Abo El Komsan argues that marital rape is not only an abhorrent act, but that it also diminishes the value and purpose of a marriage. “The problem is that we have to redefine and understand the true purpose of marriage and relationships,” she says.

“Relationships are meant to be sacred and spiritual, and a union between two partners that are committed to supporting and protecting one another.”