Around Egypt: Explore Egypt’s Most Beautiful Locations Wherever You Are 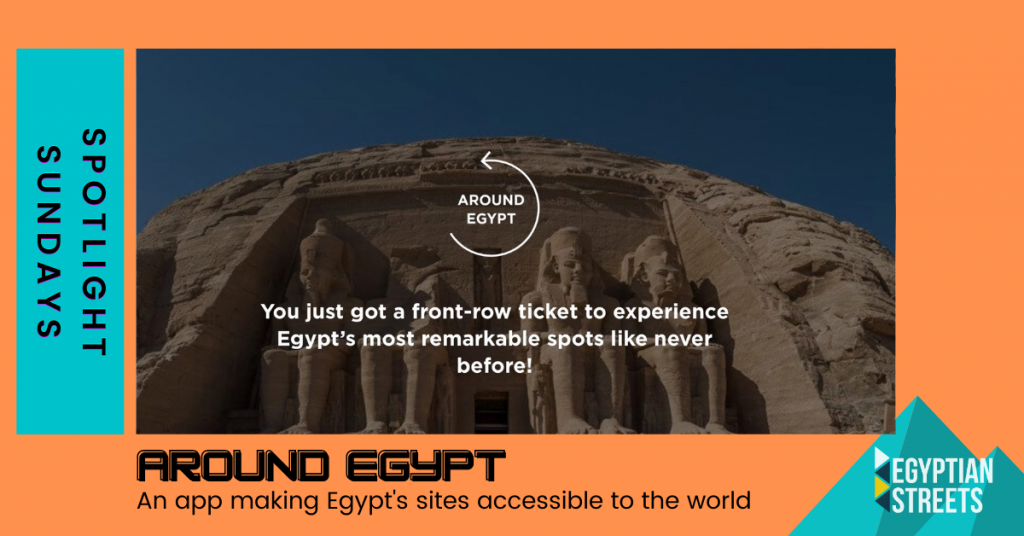 Around Egypt: Explore Egypt’s Most Beautiful Locations Wherever You Are

If you’ve ever been to a touristic site in Egypt, you’d know the struggles that accompany the experience. Between purchasing tickets, navigating vendors and figuring out the history behind the monument you’re looking at, getting around without a tour guide can be an effort. That’s if you can even travel safely to Egypt in the midst of a global pandemic.

Meeting a serious demand in this area, Around Egypt is an app developed to provide a virtual Tours Experience which makes visiting Egypt’s sites accessible to everyone.

The app, which was officially launched in April 2020, comes as a collaboration between [34]ML, a software development house, and Egypt VR, a media agency. However, the project has been in development for the last three years, with the team tweaking their features to now include an app which allows you to not only explore tens of sites across Egypt without leaving your home, but also includes features such as audio tours for when you’re trekking the sight on foot.

Business Lead, Ahmed Saafan tells Egyptian Streets, “We wanted to create a virtual library showcasing different sights in Egypt. You know, whenever anybody thinks of Egypt they think about the Pyramids and that’s it. Whereas Egypt has a lot more than this. We wanted people to be able to see history, culture, modern Egypt, ancient Egypt, the beaches, the safari, the desert.”

The app, which was three years in the making, offers high quality virtual tours, advised by Egyptologists and locals, and is constantly working to improve and add new sites, such as the newly renovated, Baron Palace & Al Manial Palace Museum. The app is not just useful for exploring from your own home, but also offers useful information for visiting the sites such as ticket prices, opening hours, audio guides to walk you through, and more.

Content Lead, Mohamed Attef, also spoke about the inaccessibility of tourism, saying, “It’s really sad that we have all this rich history and culture and it’s potential isn’t fully utilized.”

The app’s launch came at a time where COVID-19 lockdowns were at their peak. Upon release, Around Egypt received more than 50,000 downloads across Apple, Goole, Oculus & Huawei Stores. The pandemic has no doubt thrust forward high internet consumption, which, in the case of Around Egypt, was beneficial. Attef recounts the excitement of the app trending on App Store and being featured on the Huawei App Gallery.

“We got pretty lucky, to be honest. Everyone felt like it was the right time and we were ready to launch once the pandemic hit.”

The goal of the app, which is entirely free, is not one that is financial, says Saafan, but is about promoting tourism within Egypt both for locals and foreigners.

“Right now, we’re just trying to spread the word about the app and see where it takes us. We want to add more content and more features to make tourism more accessible. For example, you can’t pre-book to go see the pyramids, or anywhere really. You have to go and line up to do it.”

We Need Influencers in Egypt, and Here’s Why