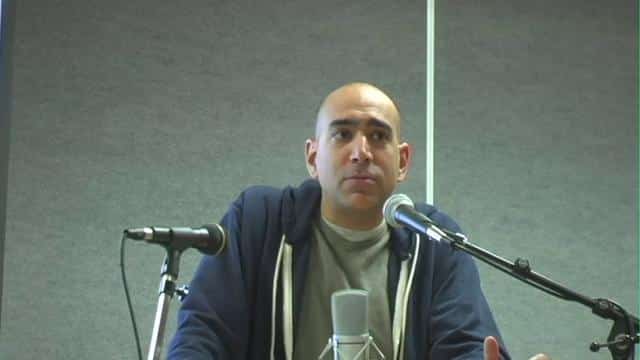 
Antisemite “Abumination” Ali Abunimah always seems angry. And this time, he is angry at Britain’s Labour Party – for finally taking antisemitism within the party seriously:

Britain’s Labour Party tried to pressure The Electronic Intifada to alter an article we published last week with an apparent legal threat.

The 25 June article article by Asa Winstanley reveals that two Labour officers banned a local party branch from debating a motion calling for sanctions on Israel.

It shows that Kim Bolton, chair of Hove and Portslade Constituency Labour Party, on the south coast of England, and Labour South East organizer Scott Horner, decided that discussing the motion “would undermine the party’s ability to provide a safe and welcoming space” for Jewish members.

Bolton also concluded that a debate on sanctions against Israel may lead to “anti-Semitic behavior.”

Winstanley emailed Labour’s press office and the South East regional office where Horner works the day before The Electronic Intifada published his article to ask for comment. Both emails were ignored.

Demands and threats
But on Monday, Labour’s Governance and Legal Unit emailed The Electronic Intifada’s general address with a message marked “URGENT – For the Attention of Asa Winstanley.”

The email claimed that it was “neither necessary, nor in the public interest” for The Electronic Intifada “to name and publish the photograph of Mr. Horner and the name of Ms. Bolton.”

Labour claimed that “as a result of your article” being passed around by activists “it has been necessary to limit Mr. Horner’s duties as an organizer owing to concerns for his safety.”

It did not explain what these “concerns” were or how his duties have supposedly been limited.

The party asserted that “the source material you rely on clearly constitutes the personal data of Mr. Horner and Ms. Bolton, being email exchanges that they would have a reasonable expectation would remain private.”

In fact, Winstanley’s article quotes extracts from the Hove and Portslade party branch minutes, two pages of which you can read below.

Nonetheless, the party alleged that the “continuing publication of the article in this form” breaches the UK’s Data Protection Act.

“We therefore require that you immediately amend your article to remove all personal data pertaining to Mr. Horner and Ms. Bolton, and confirm that you have done so by return,” the party stated.

The email implied that legal action could follow if The Electronic Intifada did not submit to the Labour Party’s demand.

What Abuminah does not mention is how Asa Winstanley was suspended by Labour for his own ostensible antisemitism.

Abuminah continues by quoting notorious antisemite Tony Greenstein, who gets notoriously antisemitic by claiming protecting Jews from antisemitism is itself antisemitic (are you following?)

“Exceptionalizing Jews in this way as especially vulnerable if Israeli war crimes are debated … is clearly and obviously anti-Semitic,” Greenstein says. “It assumes that Jews form one monolithic bloc.”

Bolton and Horner are “anti-Semitic for assuming that Jews are uniquely incapable of debating the question of Israel rationally,” Greenstein asserts.

And he digs deeper:

For Greenstein, the right wing of the Labour Party is using Jews as a “moral alibi” to silence any questioning of British policy.

“But of course it’s not about Jews at all,” Greenstein writes. “It’s about British foreign policy in the Middle East which is based on Israel’s role as a strategic watchdog and its industrial-military complex.”

Crying anti-Semitism where none exists is the British establishment’s hammer to smash anyone who objects to Israel’s crimes against Palestinians and the UK’s role in them.

As for Abunimah’s anger, truth be told, if I was bald, a compulsive liar, and my best friend was an elk, I’d also be full of anger – I’d be angry at myself for being such a tosspot.

Iraq as a Theatre for the Gulf’s Geostrategic Ambitions