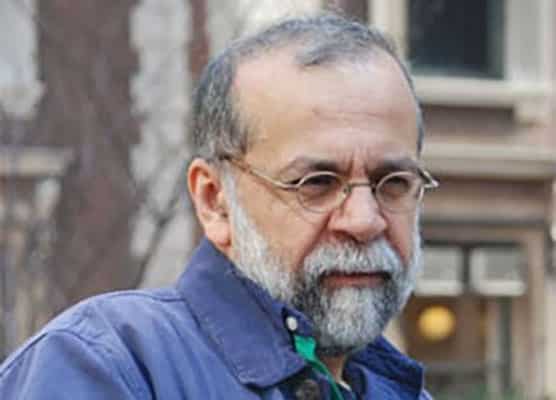 
A new report by The Middle East Forum (MEF) takes an in-depth look into the little known Roshan Cultural Heritage Institute (Roshan, RCI), foundation. It is run by Elahe Omidyar Mir-Djalali, the Iranian born mother of eBay founder Pierre Omidyar, whose net worth according to Forbes was estimated at $13.2 billion by January 2020. Roshan is funded by the Omidyar Group, the philanthropic foundation of Pierre Omidyar and in 2016 received donations of $230,500, down from the previous year’s largesse of $1,304,500.

Born in France to immigrant parents, Omidyar emigrated to America as a child where his early interest in computers led him to launch eBay in 1995. Omidyar has said little about his birth religion. Material Islamica claim that he is “the world’s richest Iranian” and cite the influence of his mother’s Sufi Islam upon his upbringing. Muslim Heritage too list him as a person of note. He is now a practicing Buddhist. In recent years the reclusive tycoon has attracted some controversy, in part due to his growing influence over global media and surveillance enterprises:

With strategically placed donations, Omidyar has placed himself in the rare position of being able to support both the national security state and at least part of its self-proclaimed opposition. In the eyes of the former element, that might be precisely what makes him so valuable

The report reveals that concealed amongst the many legitimate awards the foundation has made towards promoting Iranian cultural projects, are those supporting politically biased professors who skew history against the West and – at times – in favour of the Mullah regime. One of these is Hamid Dabashi.

Dabashi serves as Professor of Iranian Studies at Columbia University from where he actively promotes BDS and anti-Israel activity. Dabashi regularly equates Israel with ISIS and Nazi Germany, expresses support for violent Palestinian protests and his writings and rantings on social media reflect an egregious anti-Western bent and a proclivity for promoting antisemitic memes:

…“the pro-Israeli Zionist lobby in the US banked and invested heavily in infiltrating, buying, and paying for all the major and minor corridors of power.”

…“The Zionist propagandists are cynically abusing the legitimate grievances of Iranian people against their own government to drive a wedge between them and their state support for Palestinians — don’t fall for it — like all other nations around the globe, Iranians are committed to the Palestinian cause.”

… “Half a century of systematic maiming and murdering of another people has left… its deep marks on the faces of these people, the way they talk, walk, the way they greet each other… There is a vulgarity of character that is bone-deep and structural to the skeletal vertebrae of its culture.”

Dabashi’s Facebook and Twitter accounts are now deleted but he continues to churn out a steady stream of propaganda in the media: “On the tenth anniversary of my column for Al Jazeera, I am submerged in the despair of the ‘American Winter’”

…The idea of American democracy from its very inception, and as flagged by the ridiculous euphemism of its “exceptionalism”, is literally a racist proposition. It was never meant to include non-white people. It was born out of the genocide of Native Americans and built with the pernicious fruits of trans-Atlantic slavery. It was carefully designed to serve racist white settler-colonists, and racist white settler-colonists only, in perpetuity.

Yet Dabashi chose to emigrate from Iran to settle in America, which reveals his racist line of thought. Apparently, the ‘colonial settler’ label is applicable only if you are a white European. He continues:

…No Black or Brown politician, for example, can come close to a position of power within the Democratic Party, or in a Democratic White House, without pleading their loyalty to, and undying support for, the apartheid state of Israel.

…The European support for Israel, it is crucial to keep in mind, and hatred of Muslims are interconnected. They want European Jews to leave Europe and go to Israel with the same intensity that they wish Muslims to go back to their own countries. European xenophobia is predicated on the selfsame delusional racism that gave birth to Nazism in Europe…Jews and Muslims are natural allies in this battle against racism in the intertwined forms of entrenched anti-Semitism and widespread Islamophobia. Zionists and racist Europeans know this.

In response to the article above, the ADL wrote to the Qatar based network complaining that Dabashi “employs all the sleights of hands by those on the political left who engage in antisemitic tropes against Jews.”

Dabashi believes that the idea of a regime change in Iran is delusional:

…The ruling Islamic Republic did not fall from the sky. It is not like the gang of European Zionists who descended upon Palestine and stole it from its rightful inhabitants…Khamenei and his gang of recalcitrant clerics and their Praetorian Guards are Iranians, too, homegrown, rooted in Iranian politics, polity, and culture.

On Iran going nuclear he writes:

…Is it possible to prevent Iranians from achieving nuclear knowledge or technology for peaceful or even non-peaceful purposes if that is what Iranians decide to do? Do they think a puny little settler colony can stop an entire nation that has given Maryam Mirzakhani to the world? Where do they think the late genius mathematician came from? Tel Aviv University? Israelis will fail miserably in this as they fail in everything else they touch…

By now, it seems clear that Dabashi seems unable to discuss any topic without a derogatory reference to Israel.

"No conciliation, no coexistence and no negotiations with Israel" – those were the famous "Three Nos" of the August 1967 Khartoum summit of...
Read more
Business

Breaking the citizenship taboo in the UAE

For many years, the United Arab Emirates (UAE) has thrived as...
Read more
Business

Sudan’s cabinet voted on Tuesday to repeal a 1958 law that forbade diplomatic and business relations with Israel. The decision still needs the approval...
Read more