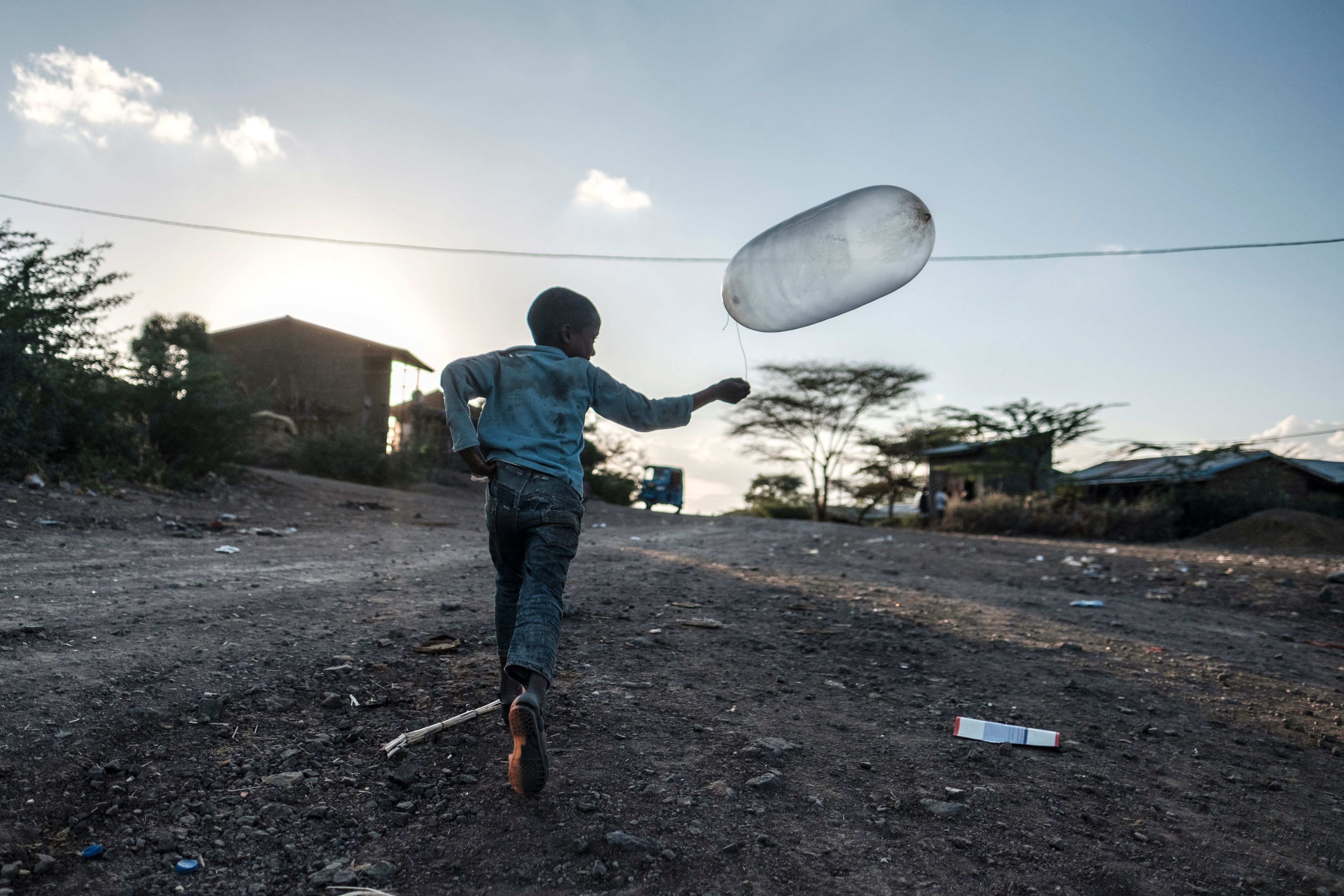 As Joe Biden prepares to take office on Jan. 20, 2021, the U.S. and the world are facing multiple crises. Now is one of the worst times in American history as the country struggles through a major economic recession and a pandemic that has taken more than 300,000 American lives. Biden is no stranger to economic crises, having served as vice president under the Obama administration during the Great Recession in 2009. Undoubtedly, Biden’s experience as a senator and VP makes him ready to tackle America’s domestic challenges and to reset relations with its allies.

In the Horn of Africa, his upcoming administration will grapple with longstanding challenges. However, this time, he will have to deal with the emboldened and unchecked leaders of the Horn of Africa — Prime Minister Abiy Ahmed of Ethiopia, President Mohamed Abdullahi (Farmaajo) of Somalia, and President Isaias Afwerki of Eritrea. Recently, the three leaders have formed an axis through the Horn of Africa Cooperation (HoAC) deal to consolidate security, stability, and economic integration.1

The main driver of the HoAC is PM Abiy, who wants to access Somali ports for trade and promote military and economic integration in order to influence Somali politics and economy. More multilateral agreements and initiatives may come on the heels of the HoAC. In the long term, integration may become possible once the three countries stabilize and resolve their border issues.

The Horn of Africa has suffered multiple disasters since the start of 2020, including the COVID-19 pandemic, recurring deadly floods, and devastating locust attacks. Several donors and humanitarian agencies have increased calls for support to tackle the “triple threat” in the region. Even before the current crises, Somalia, one of the world’s most fragile states, suffered droughts in 2017 that impacted more than 6 million inhabitants. In 2018 and 2019, the Shabelle and the Juba river riparians had already experienced recurring cycles of drought and floods. And now for the first time in recorded history, the Shabelle River, which is Somalia’s breadbasket, is under a locust attack. A swarm of locusts can occupy 460 square miles and consume up to 6,000 metric tons of food daily. The current swarms can inflict the equivalent of more than 120,000 hectares of crop damage within the Shabelle River Basin. Combined with flood damages this year and previous instability, Somalia could experience catastrophic food insecurity and mass starvation similar to the horrific 1974 drought.

In Ethiopia, another full-scale humanitarian crisis is unfolding due to the ongoing civil war between the government and the Tigray People’s Liberation Front (TPLF) in the Tigray region. Locust attacks have also compounded the impact on citizens. The current invasion of desert locusts is the worst that Ethiopia has experienced in 25 years. Furthermore, the COVID-19 pandemic has hurt economic conditions by restricting the agricultural supply chain, productivity, and cross-border trade. On top of these external factors, agriculture export revenue is already negatively impacted by Ethiopia’s currency devaluation. These conditions could push Ethiopia into starvation, mass migration, and multilateral ethnic conflict, and thus threaten overall regional stability.

Country Profiles from the Horn of Africa

The Post-Cold War Horn of Africa is fragile and susceptible to cyclical crises as a result of conflicts and increased climate change. This region also suffers from the legacy of ruthless dictators, such as Mengistu Mariam of Ethiopia and Siad Barre of Somalia. After both dictators were overthrown, new governments adopted systems of fragile ethnic federalism and decentralization that are now destabilizing the region.

Ever since Abiy was selected as prime minister in April 2018, violence driven by ethnic tensions has gripped Ethiopia and displaced 1.8 million people. Abiy’s vision of a centralized power controlling the political process and economic development appears to be irreconcilable with the ethnic federalism enshrined under Article 39 of the Ethiopian Constitution. While nationalism has kept Ethiopia together for the past 30 years, it has also created division and hostility between Abiy’s reformist government and the TPLF and Oromo opposition leaders who have returned from exile.

With his political reforms intended to promote Ethiopian nationalism failing, he has also hastened economic liberalization through privatization and currency devaluation. The U.S. dollar has appreciated against the Ethiopian birr by more than 35% as the country simultaneously faces a severe export decline, yearly debt payments surpassing $1 billion, and declining domestic borrowing. Overall, this trend has forced Ethiopia to print money at an unsustainable rate. “Abiynomics” will burden Ethiopia with unpayable IMF loans and Chinese loans to finance dam projects. Furthermore, borrowing has increased the debt-to-GDP ratio to over 50%, a rate that is unsustainable, especially for a country that experiences annual major droughts. This rate of borrowing ultimately forced Ethiopia to reschedule 60% of its loan repayment.

To divert public attention from the impending economic crisis and unrest that have tarnished Abiy’s image, he has turned the Grand Ethiopian Renaissance Dam dispute with Egypt and Sudan into a nationalist rallying cry and canceled an agreed-upon deal. Similarly, opposition groups have accused him of taking advantage of the COVID-19 pandemic to unconstitutionally delay the national election, extending his term for almost another year. These actions have incited major opposition, especially from militias in Oromo and Tigray, which threatened to form a caretaker government following Article 60, Section 5 of the Ethiopian Constitution. Abiy took this threat seriously and decided to jail the outspoken Oromo opposition leader Mohamed Jawar. Furthermore, the federal government declared the regional Tigray elections illegal and imposed an economic embargo, which contributed to the civil war. Despite Abiy claiming victory at the end of November, 2020, the war rages on, with thousands displaced and effects that could destabilize the entire region.

In Somalia, Mohamed Abdullahi Farmaajo became president in February 2017 through indirect elections by tribal chiefs. His election was marred by corruption even though he ran on an anti-corruption platform.5 Despite his promises, Somalia has been named the world’s most corrupt country three times in a row by the Corruption Perceptions Index. Furthermore, despite his anti-Ethiopian platform, Farmaajo became President Abiy’s reliable ally during his tenure.6 Abiy even seem to have convinced Farmaajo of the idea of “Greater Horn of Africa Economic Integration.” The two leaders also have similar political preferences. Both are against federalism and for centralized government, despite the weak Federal Government of Somalia (FGS) that only controls parts of the capital with the help of the African Union Mission in Somalia (AMISOM) and the Somalia donors fund. Instead of cooperating with federal member states (FMS), he started dismantling the federal system through electioneering that installed his allies as state leaders. Starting with Southwest State, his forces arrested the likely winner, clearing the path to victory for his hand-picked candidate. This move caused a backlash that was particularly intense in Baidoa, where the Somali National Army along with Ethiopia violently cracked down on protests in December 2018.

In response, UN Somalia Special Representative Nicholas Haysom requested an investigation. Haysom was allegedly expelled so that the Ethiopian Army and Somalia National Army could conceal their crimes and avoid potential prosecution.7 The FGS succeeded in further electioneering by installing their preferred candidate in Galmudug and Hirshabelle states. The FGS was unable to pull off the same feat in Puntland.8 In Jubbaland state, Kenyan AMISOM troops almost clashed with Ethiopian AMISOM troops who are pro-Farmaajo.

Mogadishu, which is in the Benadir region, has become the city with the most internally displaced persons (IDPs) in Africa due to local conflicts. The FGS has paralyzed the city’s economy and mobility, essentially turning it into an open-air prison where IDPs are more than 25% of the population. Not only do the residents of Mogadishu live under difficult circumstances, they also provide taxes to the federal government without enjoying political representation in the Senate. This is because Mogadishu is not recognized as a federal state, which entails less autonomy.

The general condition of Somalia has declined under Farmaajo, The security improvements created by his predecessor, Hassan Sheikh, have vanished. The robust GDP growth of 4% has dropped below 2% and export revenue dropped by 70%, a figure unseen since the 1980s. Foreign direct investment decreased and domestic revenue was below 2016 levels. While not attributable to Farmaajo’s policies, Somalia has also seen a decline in remittances. In an apparent reflection of its corruption, the federal government has camouflaged aid from donors like Qatar as domestic revenue in order to meet debt relief obligations and improve its image abroad.9 Despite Somalia’s lack of financial accountability and illegitimate tax revenue increases, the IMF and World Bank determined that the country has reached the “decision point,” at which heavily indebted poor countries are considered to have met the obligations for interim debt relief. The U.S. has further enabled Farmaajo by supporting debt relief and turning a blind eye on FGS human rights abuses, their war against FMSs, media repression, and deteriorating security. However, the U.S has suspended military aid over corruption concerns.10

As a primary foreign donor to the FGS, Qatar is another important player in the region. Beyond propping up FGS, Qatar has allegedly encouraged violent extremism and instability. A cellphone call obtained by the New York Times captured the Qatari ambassador to Somalia stating that a terrorist bombing in Bosaso was carried out to further Qatari interests.11 Similarly, Somali intelligence chief Fahad Yassin Hajji Dahir, who is alleged to have ties with al-Qaeda, is currently said to be engineering the re-election of Mohamed Abdullahi Farmaajo.12 This major foreign interference could have serious consequences, such as igniting public unrest and possibly even a civil war similar to that in 1991, which overthrew Siad Barre, Farmaajo’s uncle.13

While there are no major violent conflicts in Eritrea, the government shows many of the same pathologies as Ethiopia and Somalia. Although Eritrean President Isaias Afwerki has rehabilitated his image through the historic peace deal with PM Abiy, he remains a ruthless authoritarian who has been starving his people for the past 20 years. With the peace deal, Isaias Afwerki merely showed the EU a false soft side in order to gain aid and assistance. Thus, the EU diplomats are in essence ignoring the regime’s record of human rights violations and forced labor in order to fund projects that will further Europe’s interest in keeping migrants in Eritrea. The EU has funded infrastructure projects serviced by forced conscript labor, perpetuating a system that the U.N. has defined as “tantamount to slavery.”14 Thus, it seems that the EU has chosen to “hire” a dictator at a low price rather than solve the core issues that cause migration in the first place. This is why the EU Horn of Africa policy is failing: it emboldens dictators to oppress their citizens at the expense of EU taxpayers.

Afwerki is widely unpopular, so he is vulnerable to a potential coup. While Afwerki is a brutal dictator, a coup would certainly be destabilizing. In the past, he narrowly escaped previous coup attempts from dissatisfied armed forces, such as in 2013. It is highly likely that he will face another coup because of his alliance with Abiy, who is particularly disliked among the ethnic Tigray in Eritrea.15

Share
Facebook
Twitter
Pinterest
WhatsApp
Previous articleRe: Saudi sacks 100 Islamic preachers for failing to condemn Muslim Brotherhood
Next articleAn Open Letter to the Secretary of State on the Proposal to Designate the Houthis as a Foreign Terrorist Organization
- Advertisement -

Re: Dr Rima Khalaf at the Palestine Book Awards