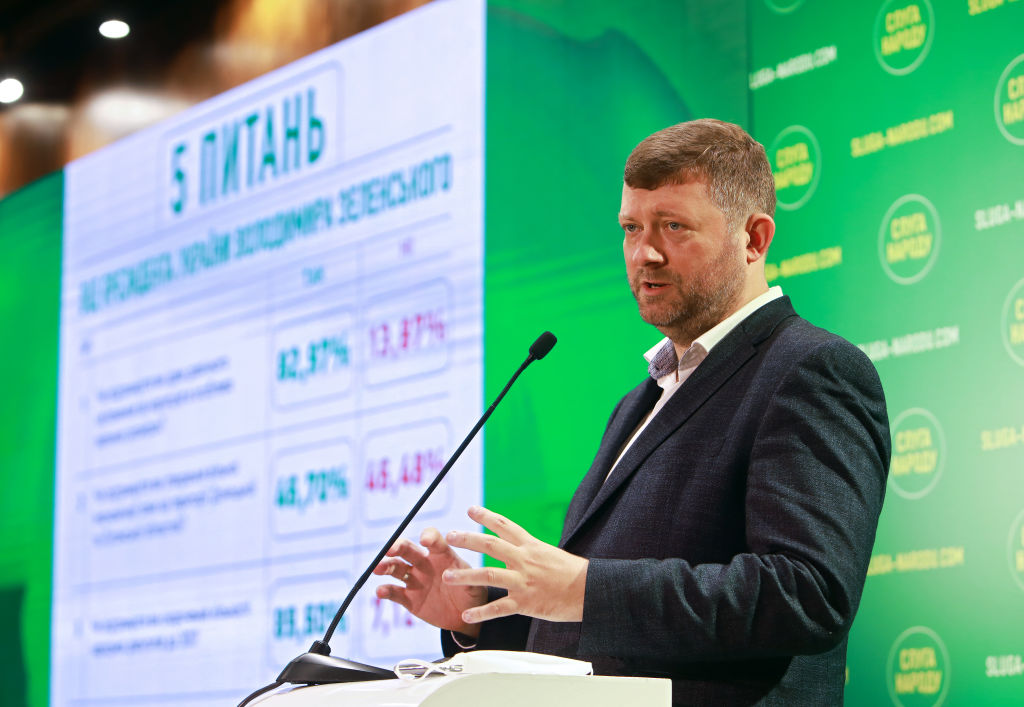 
As Americans prepare for the potential of a long, drawn-out flurry of balloting litigation in various states, Ukrainians are still pondering what their recent local elections mean for the future of their nation. While results varied across different regions, it’s clear most of the population has grown ambivalent and cynical about the political process, with their country is battered by economic hardship, invasion by Russia, a thus-far disappointing record of performance by the current President Volodymyr Zelenskiy, and now the disastrous effects of COVID-19.

Local elections for city parliaments, district councils and rural townships, as well as for mayors and other city and municipal offices were held on October 25. In the past, these elections have been seen as a bellwether of what was to come in national elections.

These were the first elections to be held both under a new voting system and since the implementation of a set of decentralization reforms. In theory, these two factors should have produced increased voter participation, not least of which as a positive result of the increased “resources and decision-making freedom that will be at hand locally,” as one local business news commentator wrote just prior to the vote. But despite the new voting system being billed as an improvement, voters had to fill out as many as four ballots in some districts instead of a single, consolidated slate.

It has taken several days for all results to be tabulated, but what is now clear is that contrary to expectations, voter turnout was at an all-time low. According to data from the Ukrainian Civil Network OPORA, the final voter turnout was 35.94 percent. Not only was turnout more than ten points lower than the 46.5 percent who voted in the 2015 local elections, but last year’s parliamentary elections saw an even higher participation of 49.3 percent.

Reasons for such a lack of interest in the vote vary from region to region, but the general trend shows a rather entrenched sense amongst the population that the political process cannot produce any meaningfully positive results. One Ukraine-based sociological polling agency conducted a telephone survey, targeting 1,200 Ukrainians that did not vote in an effort to quantify factors involved in the disappointing voter turnout. The most common reasons were health conditions, which was cited by 20 percent of respondents, followed by 19 percent of respondents who stated that they do not live in the same city or region where they are officially registered. Other factors included being busy with other tasks on election day, despite elections always held on Sundays in Ukraine (15 percent), not knowing who to vote for (14 percent), general lack of interest (12 percent), and concerns around the pandemic (10 percent).

This level of cynicism and overall disinterest is never good for any party in power, but even more concerning is the low turnout amongst younger voters. The same polling agency reported that more than half of those who voted were 50 years or older.

For Zelenskiy and his Posluga Naroda party, another disappointment is how poorly his hand-picked candidates performed in some of the most important races. In ten major mayoral contests, for example, voters chose their existing mayors over the candidates proposed by Posluga Naroda. Embarrassingly, the selected nominee of his party even lost in Zelenskiy’s hometown of Kryvyi Rih.

Exit polls showed Kyiv’s incumbent mayor Vitali Klitschko (Ukrainian Democratic Alliance for Reform Party) significantly ahead, but due to the number of candidates in this race, he was unable to secure more than 50 percent of the votes required to be declared the winner in the first round. A runoff will take place on November 22. In Kharkiv, Hennadiy Kernes won the mayoral election in the first round, according to exit polls. Borys Filatov was voted mayor of Dnipro, as was Hennady Trukhanov in Odessa. Kernes, Filatov, and Trukhanov are all members of the newly established Party of Mayors. In the western Ukrainian city of L’viv, sitting mayor Andriy Sadovyi (Self Reliance Party) will go to a second-round runoff against Oleh Syniutka of the Evropeiskaya Solidarnost Party.

In a new twist in Ukrainian politics, and as a response to his party’s poor performance in the mayoral races, Zelenskiy called for a public opinion poll made up of five questions. The aim of this was to simultaneously create an impression of public approval for his leadership while convincing voters that he has something resembling a mandate to govern. The degree to which voters agreed to answer the survey roughly broke down along party lines; 33 per cent of those who voted opted not to participate in the survey, with those supporting the Evropeiskaya Solidarnost party showing the highest refusal rate at 73 percent. Supporters of Posluga Naroda were almost the exact opposite, with 63 percent agreeing to respond. This breakdown shows a clear tension between a president eager to avoid looking like he has lost the public’s confidence, and an opposition unwilling to engage in any exercise that could alter that perception.

It can be suggested that while his party stumbled during these elections, Zelenskiy successfully used the survey to tap into several popular sentiments. Responses show an ardently nationalistic population that has no desire for a union with Russia, but also has negative views of its own national leaders. 81 percent of respondents agreed that anyone convicted for large-scale corruption should receive a life sentence, with only 16 percent disagreeing. On the issue of turning the unoccupied areas in the Donbas regions of Donetsk and Lugansk into special economic zones, the vote was split, with 45 percent agreeing and 43 percent disagreeing. The Donbas had the lowest turnout of any region in Ukraine, but support for a free economic zone is largely due to the need for foreign direct investment to offset the massive damage inflicted by the 2014 Russian invasion and the still-active military conflict.

Over 95 percent of voters agreed that the number of members of parliament should be reduced to 300 (there are currently 450), while only 4 percent disagreed. On the issue of medical marijuana, 70 percent supported the legalization of cannabis for medicinal purposes with only 24 percent opposed. Most significantly, Ukrainians voted 78 to 10 percent in favor of the country claiming its security guarantees under the 1994 Budapest Memorandum. The lopsided results on the Budapest Memorandum are perhaps most telling in that they are clear indicators that Ukrainians want nothing to do with a partnership between them and Moscow – and that they want their seized territory back.

Part of the motivation for this questionnaire was to give a return blow to the one-time chief of staff to Ukraine’s former President Leonid Kuchma and well-known oligarch Viktor Medvedchuk. The Ukrainian politician is close to Russian President Vladimir Putin and made a well-publicized official visit to meet Putin around two weeks before the election. The meeting, reported on Putin’s official website, showed the two sitting at a small table and chatting amiably. This was seen as an assault on Zelenskiy’s record thus far as president. The purpose of the visit “was to show Ukrainians that there is an ‘eastern alternative’ in moving closer to Russia if progress towards joining the EU stalls, or if the member states continue to be ineffective in reacting to the Chinese COVID-19 crisis,” said one former Ukraine security official. “But the balloting on the Budapest Memorandum issue clearly shows that this move would have very little support here and could even trigger a civil war.”

Rumors persist that Zelenskiy has an exit strategy that has him abruptly leaving the country if the political environment deteriorates, but the conditions for such a desperate move seem far off at this point. The actor and comedian-turned-president is still in learning mode when it comes to governing and – more importantly – leadership in the post-Soviet spaces. He still has a good deal of work to do if he wants his hand-picked candidates to win in future municipal contests. However, his ability to understand popular sentiment and translate that into effective policy cannot be underestimated. The “all politics is local” axiom applies as well here in Ukraine as it does anywhere else.

Reuben F. Johnson is a defense technology analyst and political affairs correspondent based in Kiev. The views expressed here are his own.