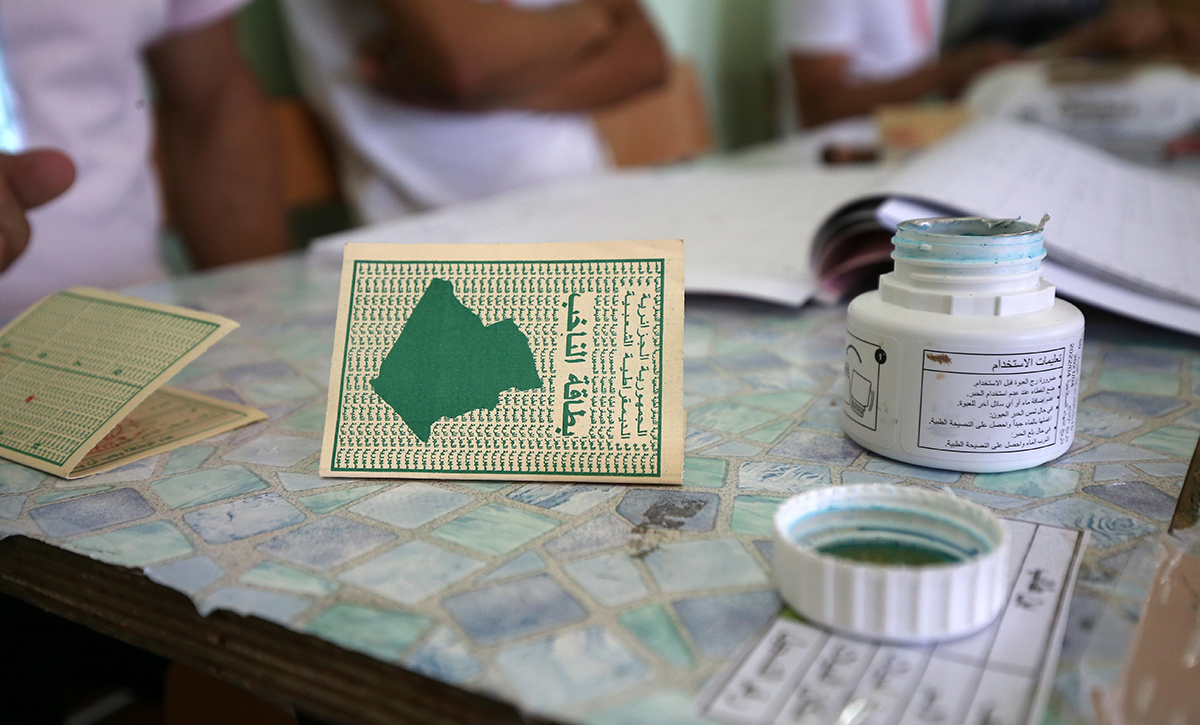 
The June 12 election for the National Assembly, the lower house of the Algerian parliament, shows that the country is stuck between, on the one side, a political system led by President Abdelmadjid Tebboune and backed by the army that rejects deep change and, on the other side, a population that has lost faith in the old system. Preliminary results announced June 15 indicated the phoenix-like return of discredited political parties that had strongly supported former President Abdelaziz Bouteflika, deposed in 2019. But in a sense President Tebboune is now more isolated than ever. His remark that he didn’t care about the record low voter turnout in the election shows the distance between him and most of the Algerian public.

The National Liberation Front (FLN), which has dominated Algeria’s politics since independence, was in crisis two years ago, but following the June 12 vote it will now have the largest single parliamentary bloc with 105 of the National Assembly’s 407 seats, according to preliminary results. While the size of the FLN’s bloc is down significantly from the 2017 parliament, it will easily gather a few other party blocs and independents into a majority coalition to back President Tebboune going forward.

The huge street protest movement known as the Hirak succeeded in securing a widespread boycott of the election. The official election agency’s results showed that turnout was only 23% of eligible voters, down from the 40% who voted in the 2019 presidential election and the 35% turnout in the 2017 legislative election. Indeed, the 23% turnout nearly matches the 24% in the November 2020 constitutional referendum. Turnout on June 12 was especially low in the restive Berber-majority region east of the capital.

This Hirak success at minimizing voter turnout then facilitated pro-government parties capturing a majority in the new Assembly. The FLN and its alter-ego, the National Rally for Democracy, as well as the Islamist Party Movement for a Peaceful Society, all had supported Bouteflika, and they boast narrow but committed bases of support that ignored the boycott and voted for their candidate lists. In addition, the proliferation of new political parties and nominally independent lists backed by the government dispersed the anti-government votes that were cast. Had voter turnout been higher, pro-government parties likely would have won fewer seats. One big change from the election is that the number of women deputies will fall from 112 in the 2017 Assembly to only 34 in the new one.

After Algeria’s highest judicial body confirms the official results, the new National Assembly should begin its work in early July. Once a parliamentary coalition is established that supports his program, Tebboune will name a new prime minister. The new team will face immense economic challenges. Algeria’s hydrocarbons sector anticipates diminishing production and exports, and thus reduced government revenues and foreign exchange earnings. The country’s foreign exchange reserves have dropped sharply over the past 10 years. Perennial problems of unemployment, housing shortages, and purchasing power are growing worse as the government faces tighter budgets or the prospect of heavy borrowing. The government has long recognized the urgent need to develop new sectors to reduce dependence on oil and gas, but it has never been able to create a regulatory environment and business climate that attracts strong domestic and foreign investment. At the same time, the COVID pandemic lingers as the public health care system, like all public services, suffers. Tebboune and his next prime minister likely will not find many creative new ideas from their backers in parliament.

The army, Tebboune, and their backers can take comfort that they have averted the looming institutional crisis facing Algeria in 2019, when millions took to the streets in protest marches against the reelection of President Bouteflika. The security forces, for now at least, have repressed the Hirak street protests, arresting hundreds and sentencing dozens of activists to prison in order to deter more marches. The government ramped up its harassment of independent journalists while it also suspended the operating license of the France24 news office in Algeria. Tebboune and the government will move ahead without immediate regard to the opposition because the Hirak never developed a clear leadership or alternative program around which the public could coalesce.

Tebboune had called for the emergence of a new political class connected to Algeria’s civil society and distinct from the discredited old political system. Instead, the June 12 election results entrenched that old system. Even among the so-called independents who won 78 seats in the new lower house are many former members of pro-government parties and they do not, therefore, represent a big break with the past. A commentator from the opposition newspaper Liberté observed that the June 12 election was supposed to rescue the regime from its crisis of legitimacy, but instead it reinforced the lack of legitimacy. A former Algerian politician and long-time observer of the political scene, Noureddine Boukrouh, wondered on his personal Facebook page how long the Algerian army will continue to support an isolated Tebboune.

Amb. (ret.) Robert S. Ford is a senior fellow at MEI and Yale’s Jackson Institute for Global Affairs. The opinions expressed in this piece are his own.