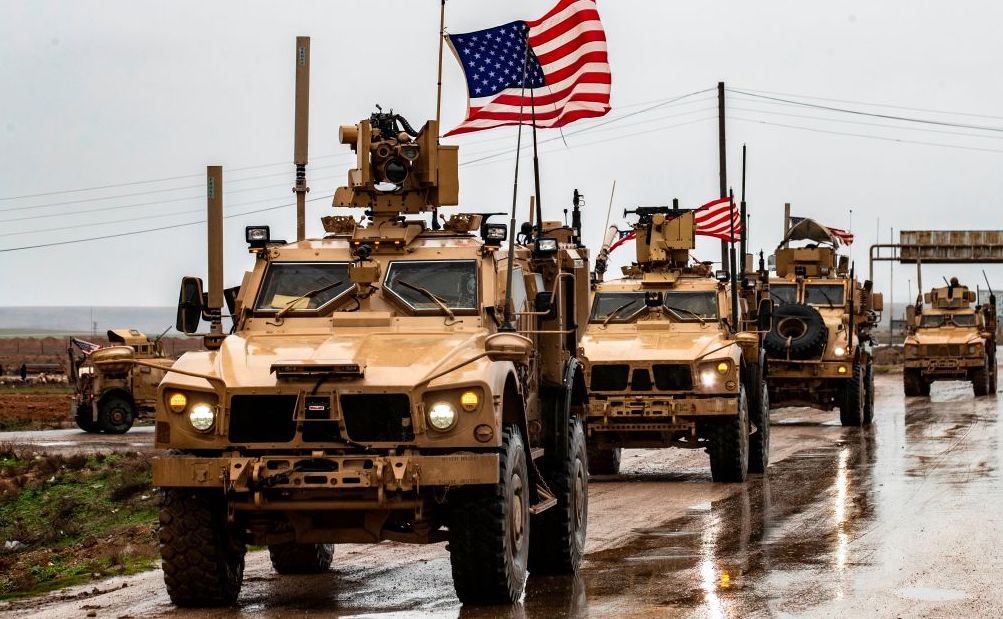 
“Going forward, we do have points of leverage to effectuate some positive changes … there has to be some kind of political transition.” The Trump administration has ensured that “what diplomatic process exists, the U.S. is absent. … I can’t guarantee success, but I can guarantee that a Joe Biden administration would at least show up.” Any move toward normalizing ties with Syria’s regime is “virtually impossible.” The unprecedently strong Caesar Act is a “very important tool” in limiting the regime’s ability to commit violence and pressuring it to change its behavior. A continued deployment of U.S. special forces in eastern Syria to combat ISIS and “support local actors … [has] worked very effectively … [and] is smart, strong, and sustainable.” These recent quotes from senior members of the Biden campaign provide a window into the prevailing thinking on Syria policy among those likely to hold senior positions in America’s incoming administration.

When a Biden administration begins to settle into its offices in just a few months, Syria’s crisis will have reached a dreadful milestone, marking a decade in March 2021. Though many of President Biden’s senior team presided over U.S. policy throughout Syria’s most deadly years of 2011-16, it is clear that the tragedy that has befallen Syria and its extraordinary global ramifications are a source of sincere regret. Moreover, after four years of the Trump administration, during which American leverage has been repeatedly and illogically spurned and U.S. credibility eroded by repeatedly embarrassing flip-flops, there is a newfound determination to correct today’s trajectory and work determinedly toward the core objectives of defeating ISIS and pursuing a negotiated Syrian settlement.

The Trump administration’s disdain for diplomacy and alliances will see an immediate course correction, with a President Biden seeking to re-engage allies, reinforce multilateral alliances, revitalize diplomacy, and restore America’s place on the international stage. Nowhere is this course correction more needed than on the Syria file, where the drivers of conflict and instability have increased in scope and scale. Rather than being over, Syria’s crisis is merely entering a new and more complex phase — one which if unchallenged, promises another round of debilitating instability sure to affect the region and quite possibly further afield.

After nine years, over 500,000 Syrians are dead and 12.5 million (more than half the population) displaced. Years of regime carpet bombing has left over 50 percent of the country’s basic infrastructure destroyed and the regime’s international pariah status guarantees no window for meaningful reconstruction assistance. More than 90 percent of Syrians now live under the poverty line, while huge inflation — sparked by Lebanon’s financial collapse — has thrown Syria into an economic crisis, with severe fuel and wheat shortages. Domestic economic strife is engendering unprecedented levels of anger and public criticism of the regime from its own support base, while more and more of the business elite are being publicly shaken down to fill the regime’s bank accounts. On the security side, an ISIS resurgence is well underway; southern Syria’s “reconciliation” is fraying at seams amid over 400 insurgent attacks in 12 months; and local and geopolitical conflicts remain “hot” in the northwest, northeast, east, and between Israel and Iran.

Syria’s crisis is far from over and Syria still matters, particularly for its regional neighbors in the Middle East. Bashar al-Assad is entirely incapable of stabilizing the 60 percent of Syria he controls today, so God forbid he ever finds himself in control of the entire country. The endemic corruption, institutionalized brutality, and intimate relationship with the likes of Iran’s Revolutionary Guards and North Korea guarantee that Assad’s regime will never be a reliable partner. Its decades-long status as an international state sponsor of terrorism; its latent chemical weapons program; and its extensive precedent for working with al-Qaeda and ISIS and ongoing working relationship with Hezbollah underline the security risks inherent in failing to push for accountability and some form of political change in Damascus.

A Biden administration knows that an unconditional re-engagement with the Assad regime will only serve to exacerbate the drivers of conflict and instability in Syria. With the Caesar Act now federal law, the U.S. government will continue to oppose and indeed block attempts by foreign actors to work with Assad, the 21 century’s most infamous war criminal. Instead, a Biden administration should launch a diplomacy-first approach that treats the Syria crisis holistically and seeks to re-energize multilateral diplomacy in order to pursue a negotiated settlement that would allow for an eventual responsible withdrawal of American troops. Like most Americans, a Biden administration will be keen to end so-called “forever wars,” but it has also made clear that in its eyes, Syria is different. President Biden is well-known for his support for what he calls “Counterterrorism Plus” — an approach to countering terrorist groups using small numbers of special forces working closely with local partners. That “by-with-and-through” strategy has worked well in Syria and with ISIS resurging, there is no reason to end it yet.

Going forward, the U.S. should refocus on a comprehensive Syria-wide strategy that prioritizes five complementary and inter-dependent policy lines: (1) defeating ISIS and preserving and protecting the Syrian Democratic Forces; (2) guaranteeing consistent and unimpeded humanitarian access to all of those in need, including cross-border into the north; (3) maintaining targeted sanctions as a vital non-military tool to limit regime crimes and enhance America’s leverage; (4) diplomatically supporting a continued cease-fire in Idlib, home to Syria’s greatest humanitarian crisis; and (5) galvanizing diplomacy, bilaterally with Russia and multilaterally through the U.N. in pursuit of a negotiated settlement. In order to do so, the U.S. will need a diplomatic coalition united by a determination to see Syria open a new chapter, in which peace, justice, and accountability are what defines the future. Our allies in the Middle East will have a crucial role to play in achieving such a goal.

Charles Lister is a senior fellow and director of MEI’s Countering Terrorism and Extremism Program. The views expressed in this article are his own.

This article was originally published by Asharq al-Awsat in Arabic. It can be read here.

Fossil fuel subsidies and renewable energies in MENA: An oxymoron?

Navigating the Freelance Life in Egypt: Video and Filmmaking

Navigating the Freelance Life in Egypt: Video and Filmmaking Business vector created by macrovector – www.freepik.comThe nine-to-five lifestyle has been slowly diminishing in the...
Read more