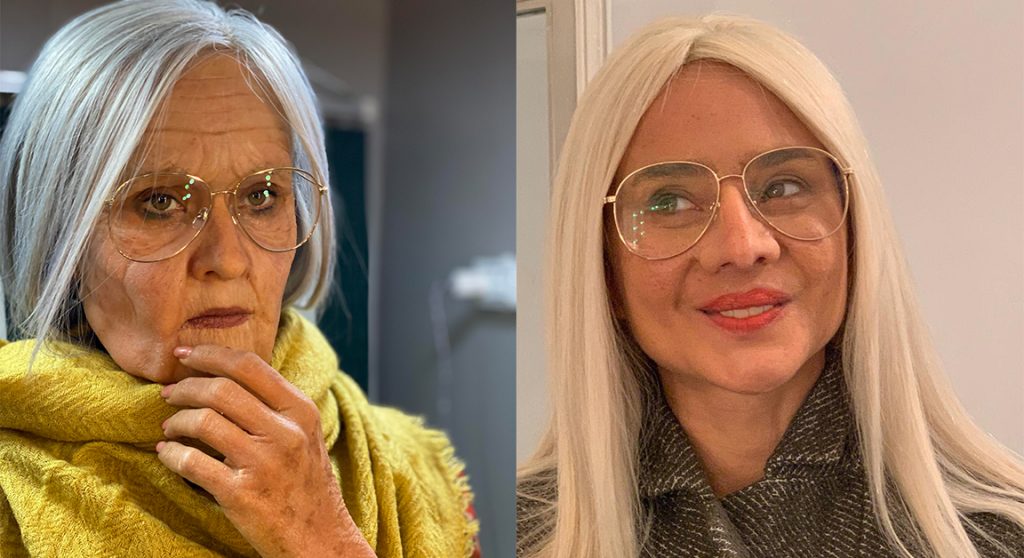 Gruesome bloody wounds, young actors turned old, strange looking fantasy creatures; these intricately made makeup looks often go unnoticed in film and television, as audiences simply take what they see for granted without thinking twice about the talented team of makeup artists who make these looks come to life.

Although special effects makeup (SFX) may not necessarily be the first thing that comes to mind when one thinks about Egypt’s film and television industry, it has certainly gained momentum as an important aspect in recent years. This has been especially evident in some of Ramadan 2020’s most watched television series, such as Be Meet Wesh (Multifaceted) and Al Nehaya (The End), both of which showcased just how important and well done SFX makeup is in Egypt.

Seeing as how the SFX makeup field in Egypt may not be as wide and extensive as it is in western countries, for example, there are a few well-known artists who have made a name for themselves throughout the years and subsequently currently dominate the field.

“For us, being in this kind of field in Egypt we feel different and special. Our work isn’t like the norm and we are specialized in what we do,” explain 32-year-old Donia Sedky and 34-year-old Islam Mohamed Abdel Fattah (Islam Alex), “Our job is interesting and we get to be creative every day, and to meet and work with important artists.”

Other noteworthy names of successful go-to SFX makeup artists in Egypt include Mohamed Abdelhamid and his daughter Aya Abdelhamid, both of whom specialize in both beauty and SFX makeup and have worked on numerous large scale film and TV projects.

While working as an SFX makeup artist is exciting, it certainly comes with its challenges in Egypt. “The challenges are many, but one of our main challenges is finding the material we use, we don’t have the needed material here in Egypt to be free in achieving what we want,” Sedky tells Egyptian Streets.

“What would benefit our business more is to have the ability to import other SFX materials from abroad as we really struggle in finding everything we need here to get the best quality of anything we do,” both Sedky and Alex reiterate.

In addition to not having all appropriate materials on hand, there also seems to be a lack of formal education when it comes to SFX makeup in specific. “Learning SFX makeup is not easy, especially since we don’t have required education or courses that teach it,” expresses Sedky, “I have watched a lot of basic tutorials and attended many online courses, however I can say that I have worked with many artists who helped me in gaining my experience… but mainly Islam and I have worked a lot in practicing till getting the knowledge we need.”

When it comes to what Sedky and Alex specifically hope the future of this field has in store in Egypt, they say that “Our hopes are endless to be honest, but basically we are hoping to expand our team as much as we can, and maybe to open a school for SFX makeup and to be able to educate new generations and give them the chance to do what they love at an early stage of their lives.”

Alexander Saroukhan: Remembering the Legendary Political Cartoonist of the 1900s

The Biden administration and the Middle East: Reflecting on the first 100 days

Charles W. Dunne On human rights, the administration is still trying to live up to expectations The Biden administration set a high standard for itself...
Read more
Business

The Middle East and North Africa (MENA) region is grappling with many...
Read more
Business