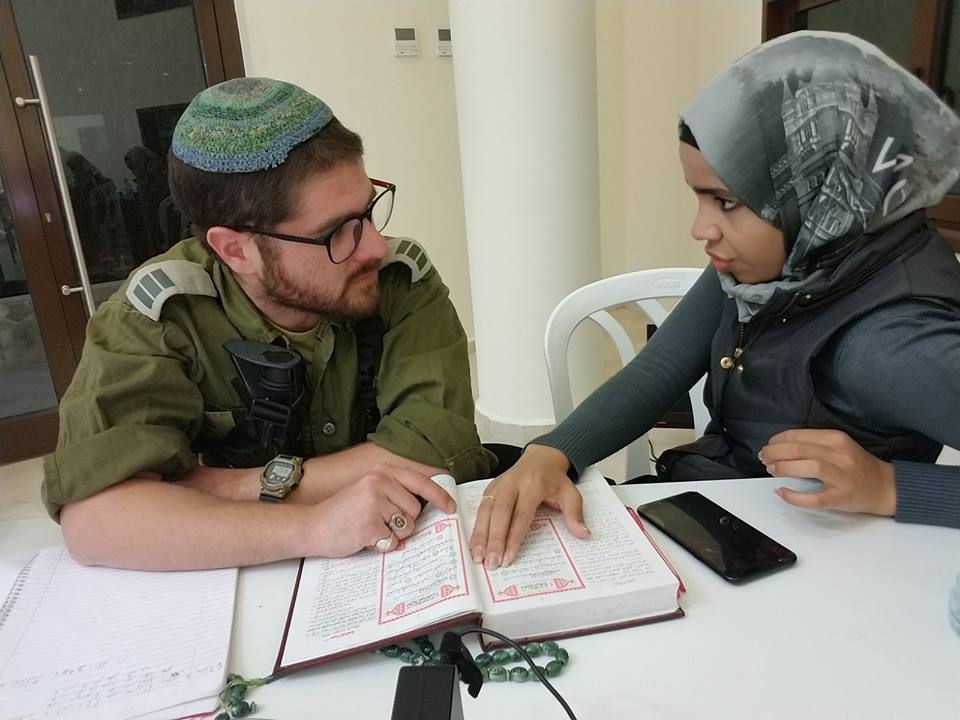 
Anti-Israel rag +972 has jumped on the “Vaccine apartheid” bandwagon with a story about a palestinian Arab student at Tel Aviv University who was reportedly barred from receiving a vaccine at a campus-wide vaccination drive.

Titled Israel denies COVID vaccine to Palestinian student at Tel Aviv University, if you actually get past the misleading headline and read the entire story, you’ll realize not all is as it seems – and it is even a bit of an “own goal” for the haters.

Israel’s Health Ministry barred a Palestinian woman from the occupied West Bank who studies at Tel Aviv University from receiving the COVID-19 vaccine during a campus-wide vaccination drive last month.

Let’s just stop there for a second. A palestinian Arab woman, living in the PA-controlled territories, is studying at an Israeli university. Allow that to sink in – especially if you are one of those – like the nincompoops at +972 – who promulgate the “Apartheid” Israel libel.

Reading on, you see that the University really tried to have her vaccinated, and there was perhaps a bureaucracy/technical problem, as well as a potential mess-up in communication between the University and the Ministry of Health.

In mid-February, Tel Aviv University sent an email to students and faculty to announce the establishment of an on-campus vaccination center to assist in Israel’s efforts to “vaccinate the population against the coronavirus,” in cooperation with Magen David Adom, Israel’s emergency medical service. According to the email, “the vaccine will be made available to the entire university community — workers and students, who have yet to receive their first dose.”

The Palestinian student, who asked to remain anonymous in order to protect her safety, said that upon receiving the email, she inquired with her program whether she was eligible for the vaccination. After receiving a positive response, she began to plan her journey to the university — a trip she has to make regularly to get to her classes, as a Palestinian living in the occupied Palestinian territories with a travel permit authorized by the Israeli army.

When she arrived, the medical staff asked her for ID or proof of health insurance. “After they realized I am Palestinian, they told me that this is impossible — that they could not enter my name into the system and I cannot be vaccinated,” she said.

As someone who has had my two doses of the vaccine, I can imagine this happening. One of the reasons for Israel’s success in vaccinating the population so efficiently is how organized the national health providers are, which includes a tracking system according to recipient’s ID numbers. It would seem it was not set up to recognize palestinian Arab students like this.

In a letter sent to the university administration, the student described how she waited at the university’s makeshift vaccine site for six hours, and how she was given a number of excuses as to why she could not receive the vaccine, including her lack of Israeli health insurance, the inability to receive such health insurance as a Palestinian, and even the negotiations between Israel and the Palestinian Authority over supplying the latter with vaccinations for Palestinians in the West Bank.

“Yesterday, I went through one of the toughest awakening experiences to know that to the system I am less of a human, less of a student, and I am not entitled to the same rights,” she wrote in her letter.

“During that long day, many approached me to express their apologies,” she wrote in her letter to the university. “I don’t have a problem with individuals, on the contrary, they were very nice and supportive.” She said that one university representative even offered to compensate her for the travel expenses from the West Bank to Tel Aviv, an offer the student found insulting. “I want justice and equality, not charity,” she wrote to the university.

In early February, Israel began vaccinating undocumented people, including foreign workers and asylum seekers, yet the Health Ministry initially stated that the vaccination campaign would not apply to “Palestinians working in Israel with or without visas.” On Sunday, following several weeks of public pressure, the Israeli cabinet approved a plan to vaccinate the approximately 100,000 Palestinian workers living in Israel and in West Bank settlements.

Note how Israelis were bending backwards to help her, again something not borne out by the misleading headline.

In a comment to +972, the Health Ministry claimed it was not contacted by Tel Aviv University on the matter, and that had the university reached out, the student would have been vaccinated as “an exception.”

Tel Aviv University offered the following response to the incident:

The university considers both disease prevention and vaccine accessibility for the entire campus community, faculty, and students, extremely important, and therefore has initiated a vaccination day in collaboration with Magen David Adom. Unfortunately, the staff who were there refused to vaccinate a female student living in the [West Bank] in light of the sweeping policy established by the Health Ministry, which, so far, has not allowed for vaccinating Palestinians.

In the wake of the incident, the university president wrote a letter to the director general of the Health Ministry on the same day, requesting a plan that would allow Palestinian students with an entry permit into Israel for the purpose of studies to be vaccinated the same way all other students are. We hope that the change in the Health Ministry’s approach regarding the vaccination of Palestinian workers, which was announced yesterday, will also provide a plan for the vaccination of [Palestinian] students.

What I think happened is the MOH was just not prepared for this, and would have liked the University to reach out to them in advance in order to have things set up for such an occurrence. It was what we call a fashla.

As I have posted before, Israel had no obligation to vaccinate palestinian Arabs under PA rule, according to the Oslo Accords. The PA even suggested they would refuse Israel’s help – but that changed as the haters and the media pounced on us.

While +972 and others want to suggest Israel treats palestinian Arabs as less than human, this report – despite the misleading headline – actually does the opposite. At worst, it shows a country trying to do the right thing – which can be tricky given the hostility of our neighbors – as well as bureaucratic problems, to which anyone like me living in Israel can attest.