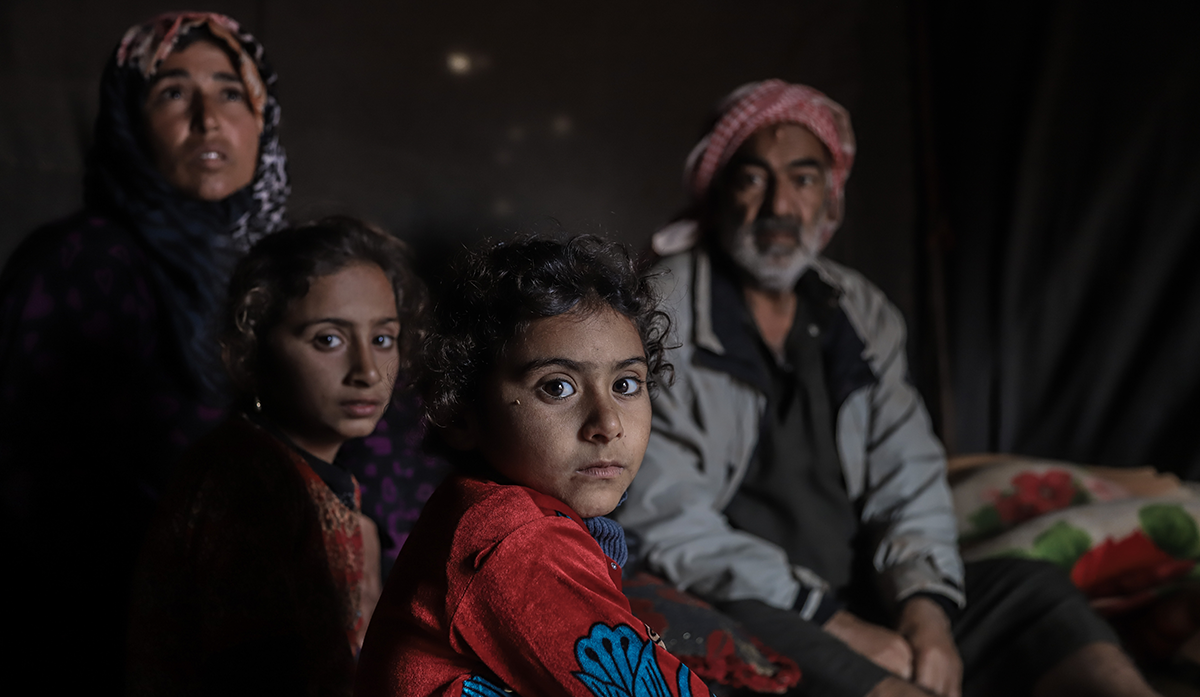 
In two months’ time, Syria’s crisis will turn ten years old — a grim milestone for what has been the most deadly and destructive civil conflict in recent history. When tens of thousands of Syrians took peacefully to the streets and called for political reforms, few could have imagined the scale of brutal violence that Bashar al-Assad’s regime would deploy to suppress his own citizens. More than half of Syria’s infrastructure is now destroyed, with no realistic prospect for any meaningful reconstruction. The regime remains — rightfully — an international pariah guilty of a virtually endless list of war crimes and according to the United Nations, it remains in violation of the Chemical Weapons Convention and the associated 2013 disarmament deal.

Most significantly, Syria’s economy is in tatters, torn apart by a decade of unaffordable conflict, shredded by rife corruption and burned to a cinder by financial collapse next-door in Lebanon. Worsening bread and fuel crises are not the result of sanctions but of Russia’s current refusal to bail out an essentially bankrupt Syrian state. Having shaken down longtime regime ally Rami Makhlouf in May 2020, the regime has continued periodic attempts to squeeze valuable assets from other members of the crony elite, but whatever fruits might be reaped, they are far from sufficient.

Syria’s spiral into an increasingly deep financial black hole had virtually eradicated the country’s middle class, with 90 percent of the country now living under the poverty line. Buying bread to put on the table has now become a daily ordeal. Unsurprisingly, frustration with the regime is rising and expressions of anger from within its traditional support base are louder and more frequent than ever before. Given a debilitating lack of access to American dollars within Syria, the regime’s business elite is turning on each other and competing aggressively to curry favor amid an increasingly uncertain and restrictive business environment.

In short, Syria is in a very bad state — arguably worse in terms of its long-term prospects than at the peak of armed conflict in 2014 and 2015. There is no light at the end of the tunnel and the regime is going nowhere. With Russia’s green light — reportedly gained after a submitting to a series of Russian-requested business deals and asset acquisitions, as well as a schedule for debt repayment — Assad will stand in Syria’s elections this coming summer. The victor in those elections is of course pre-determined and well known, though Russia is likely to force through a number of additional candidates in an attempt to avoid the kind of 95 percent victory that Syrians have become accustomed to.

It is into this challenge that a new Biden administration will soon step. Given a string of clear and strong statements made in recent months by President-elect Biden and senior appointees such as Jake Sullivan and Anthony Blinken, U.S. troops are likely to remain engaged in combating ISIS alongside the Syrian Democratic Forces (SDF) in eastern Syria and the principal underpinning wider Syria policy will continue to be a determined opposition to Assad’s long-term rule. However, that by itself is not enough, particularly given the currently prevailing dynamics in the country which if left untouched, guarantee a further spiral into chaos that promises further regional and likely international instability. Time is not on our side and in all likelihood, decisions taken in 2021 will come to define much of Syria’s outlook.

From the outset, a Biden administration will need to revitalize diplomacy around the Syria issue — something sorely lacking during four years of Donald Trump. At its core, a diplomatic surge on Syria will need to be a multilateral affair and the United States will need to call upon all of its allies, particularly those in the Middle East and Europe. Left to its own accord, laudable efforts led by U.N. Special Envoy Geir Pedersen to keep a diplomatic process alive through the Constitutional Committee have struggled to achieve progress and look increasingly like a Russian excuse to deal diplomatic efforts a slow death. While a boost to constitutional discussions would certainly be worthwhile, real value would be realized in re-energizing the Friends of Syria group into a diplomatic coalition that acts far more assertively for movement on goals set out in UN Security Council Resolution 2254. This should begin with a push towards a genuine nationwide cease-fire and unfettered humanitarian access to ameliorate civilian suffering in all areas of the country.

In parallel, the U.S. and allies should invest more heavily in a dialogue with Russia, seeking to find areas of middle ground from which to build some level of trust. Countering terrorism remains the sole source of continued U.S.-Russian exchange vis-à-vis Syria and offers a starting point. With ISIS clearly resurgent in the regime-held central desert and that now beginning to effect the security situation in U.S.-administered areas east of the Euphrates, there is a clear opening for a CT-limited discussion.

Sustaining America’s counter-ISIS campaign will necessitate an urgent look at internal tensions within the SDF and more importantly, at continued hostilities between it and Turkey. The SDF’s political council, the Syrian Democratic Council (SDC), has made repeated overtures towards the Turkish-backed Syrian opposition to explore avenues for détente and future cooperation, but Ankara remains the key obstacle. The U.S. should re-explore prospects for confidence-building measures and security guarantees in northeastern Syria to calm tensions and better facilitate ongoing — but frozen — negotiations between the SDC and Turkish-linked Syrian Kurdish political groupings. Though it retains an open channel to Damascus, the SDC has discovered that any deal with Assad’s regime would be tantamount to surrender — a fact that should give the U.S. leverage, not vice-versa.

These are only some of the immediate challenges present on the Syria file. Resolving the Idlib crisis is another, as is the still unanswered fate of thousands of ISIS detainees and tens of thousands of associated family members, as well as the continued presence of over five million refugees in Turkey, Lebanon, Jordan, and Iraq and the unsustainable strain that is placing on their economies. Ultimately, Syria still matters — to the world at large. Events over the last decade offer us remarkably clear evidence of why that is the case. Moreover, Assad has not “won” the conflict, he has merely survived it. He has burned the country to secure that survival and the consequences of that scorched-earth campaign are only just beginning to emerge. The world cannot merely wash its hands of Syria, it must resolve to deal with it and secure, as best as it can, a better future than the one promised by today’s status quo.

Charles Lister is a senior fellow and director of MEI’s Syria and Countering Terrorism & Extremism programs. The views expressed in this article are his own.

This article was originally published by Asharq al-Awsat in Arabic. It can be read here.

Facing a changing main opposition, Erdoğan doubles down on polarization